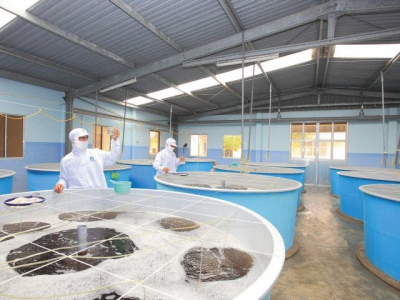 New plants of country's biggest shrimp exporter to focus on exports to EU, Australia and China.

The land for the Minh Qui plant in the Mekong Delta’s Ca Mau province is prepared and licensed and the company is waiting for a license for the last parcel of land, which will be used as worker residences.

Construction should take place in 2020, with Minh Phu investing $51.7 million, according to the company’s May 2018 investment prospectus. It is intended to operate at a capacity of 40,000 metric tons annually.

The Minh Qui facility will be closely followed by a new plant in the Mekong Delta’s Kien Giang province, with commissioning scheduled for 2022. Both plants will focus on head-on, shell-on shrimp for the EU, Australia, and especially China.

The Kien Giang plant will also have a capacity of 40,000 tons and will have investment of $48.5 million, according to the prospectus. Supply to these factories will come from Minh Phu’s existing farms, though the firm is also prioritizing significant growth in its farm sites in the near future.

The plant in Kien Giang is to be a major shrimp farming development for Vietnam in the years to come, Mr. Quang noted, and the company plans a third processing plant in the province, to be built in 2025.

The Kien Giang project is to be on 12,500 ha, with 10,000ha of farms, 2,000ha of residential areas, and 500ha for processing. The first step, which is high-tech farming sites, has been approved by the provincial government, so the company is now waiting for approval from the central government.

The company is looking at further investing in farming following the success of its “in-house farming model”, through which it has been more proactive in sourcing raw material in terms of size, quantity, and quality. “The farms we own will strongly support our processing capacity, which is increasing along with the number of plants,” Mr. Quang said.

Minh Phu’s single largest market is the US. Its July 2019 trading update shows that 40 per cent of its total export value for the first seven months of this year went there, or $141.34 million out of $352.85 million. The figure is up 8 per cent year-on-year.

Mr. Quang sees good opportunities in EU markets, with the EU-Vietnam Free Trade Agreement signed recently and zero per cent duties on shrimp to come into force next year.

“We expect to allocate more volumes to the EU,” he said. “We have been monitoring and preparing for the free trade agreement. It’s too soon for the agreement to have had an impact on sales yet, but we think they will increase next year.”

Whether this lift in sales to the EU would see a shift away from the US market was not clear as yet, he added.

The US market showed a slight decrease in July, but total value in the first seven months increased 8 per cent. The EU continues to grow strongly, becoming its third-largest market after the US and Japan. 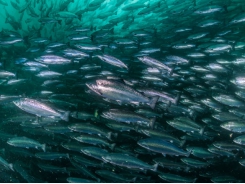 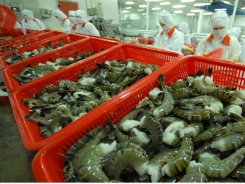 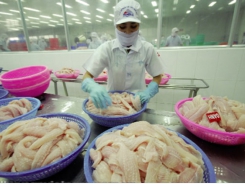 Why fish farmers must hurry slowly in their…

Vietnam’s pangasius exports to the US slumped in…