Costs cause seafood firms to sink 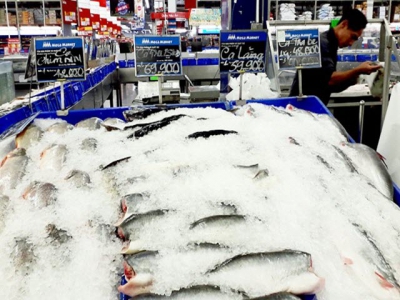 HÀ NỘI – Rising production costs are harming the competitiveness of Vietnamese seafood products, according to experts. These include the prices of feed, material input, electricity and labour.

The average retail price for power increased 8.36 per cent last Wednesday, according to the Ministry of Industry and Trade (MoIT).

Power tariffs for businesses and industrial zones are now divided into two levels: VNĐ3,076 per kWh for peak hours and VNĐ970 per kWh for off-peak hours.

Quốc was quoted by the Nông thôn ngày nay newspaper as saying that at present, electricity consumption for farming and processing of aquatic products as well as operation of aquatic feed factories is significant. Competition at home and abroad is also becoming increasingly fierce.

For instance, a tra fish (pangasius) processing factory with medium capacity in Đồng Tháp Province usually pays VNĐ10 billion for electricity each month. With the latest increase in power prices, factories will be paying many times more.

The tra fish industry has suggested that the electricity sector should consider and adopt reasonable policies to create favorable conditions for production, especially in the agricultural and fishery sectors.

Electricity prices should increase according to a schedule with an initial surge rate of 3-4 per cent, followed by suitable changes. An immediate price increase of 8.36 per cent is a shock to enterprises, according to Quốc.

The State should offer preferential loans for businesses to convert old electrical equipment to new machines, as well as promoting the use of renewable energy resources, he said.

Many businesses want to use clean energy but for a large factory, the investment cost for clean energy could be as high as VNĐ10 billion, or even VNĐ30 billion. Facing difficulties in production, businesses are already struggling to get credit or attract investment.

Quốc said businesses will have to increase the price of products due to higher production costs. If tra fish consumption is slow, meaning the products are stocked for longer, selling prices will increase due to fees paid for warehouses.

Many enterprises have increased salaries to about VNĐ8-10 million per month, and even VNĐ14 million for experienced workers, but they still struggle with a shortage. Many workers have changed jobs because they said their incomes were unstable and the working environment was hazardous.

Hồ Quốc Lực, general director of the Sao Ta Food Joint Stock Company, a leading shrimp exporter, said the cost of feed in Việt Nam is higher compared to other countries. The production cost for one kilo of shrimp in Việt Nam is about $1 higher than in neighbouring countries.

Additionally, the cost of antibiotics has put pressure on the domestic shrimp industry.

Lê Văn Quang, chairman and general director of the Minh Phú Seafood Corporation, said the cost of antibiotics is about VNĐ6,000 per kilo of raw shrimp, pushing up prices and harming competitiveness.

The price of raw shrimp is also a big challenge for many seafood processing enterprises, reported the Thời báo kinh doanh newspaper.

The supply of aquatic materials is unstable due to reductions in fishery resources and severe weather. Farmers are raising aquatic products on a small scale, with low capacity.

Việt Nam has imported a large volume of feed, shrimp seed, fish fingerling and other material for aquatic production.

Minh Phú has developed a high-tech, large-scale shrimp farm to increase supply of shrimp each year.

Vĩnh Hoàn JSC this year will expand its tra fish farming area by 220ha to increase its supply by 40 per cent against last year. Processing capacity will also increase from 850 tonnes of raw materials per day at present to 1,130 tonnes in the next two years.

Nam Việt Joint Stock Company earlier this year started construction on a high-tech tra fish farming region with an area of 600ha and total investment of VNĐ4 trillion in An Giang Province. This region will help the company meet its target of raising processing capacity from 600 tonnes of raw materials per day to 1,100 tonnes. 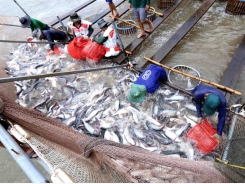 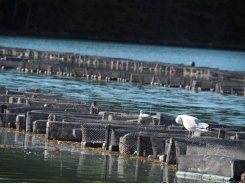 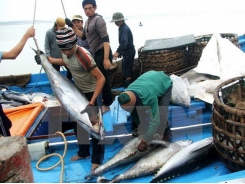