Study: Fasting on the day of weaning improves piglet performance in subsequent weeks 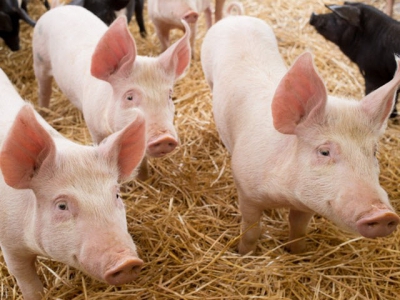 A short-term delay in the provision of feed increased piglets’ body weight three weeks after weaning, while an effect on feed intake was visible during the five-week post-weaning period, found a new paper.

Piglets that have not consumed creep feed before weaning have to learn to recognize and consume solid feed. Moreover, piglets express neophobia​​ when faced with unfamiliar feed (Bolhuis et al., 2009), they noted.

“In general, weaning remains a stressful event with an important impact on the animals (Lallès et al., 2007, Campbell et al., 2013). The associated stress level may affect their learning capabilities, which could in turn reduce consecutive feed intake. The question therefore arises whether the first day after weaning is the best day to discover their new type of feed,” ​said the animal scientists.

They thus designed a study to see the effect of an 18-hour delay in solid feed provisioning on the feed intake and performance of piglets during the first weeks after weaning.

In total, 144 piglets, weaned at four weeks of age, were tested. They were assigned to 24 pens, blocked per sex and weight group.

Prior to weaning, piglets received a commercial creep feed.

Per body weight class and per sex, each pen was randomly assigned to one of the two treatments: control (C) and delay in feed provisioning (DF).

For the control treatment, the pelleted feed (6 mm) was already present in the feeders when the piglets arrived in their pens (13:00–14:00 h). In the DF pens, the feed was provided the next morning (08:00). Feed and water were provided ad libitum.

No post weaning diarrhea was observed in any of the pens, noted the researchers.

In the first week after weaning, statistical analysis did not reveal differences in feed intake, gain or feed efficiency between the treatment groups.

However, the trial saw an effect on feed intake: over the duration of the experiment, DF piglets had a higher feed intake than control piglets, they said.

This effect on body weight was not significant over the whole course of the experiment, however, added the researchers.

Feed efficiency was not significantly affected.

“The present trial showed that an 18-hour delay in the first feed provisioning had a sustained effect several weeks later. ​It shows that appropriate feeding of newly-weaned piglets involves more than simply providing the right set of nutrients; feeding management must also be [considered]. As this is only one experiment with a specific design, one should be careful when drawing general conclusions from the results,” ​concluded the researchers.

This is only the first study showing this unexpected result. "Nevertheless, the main message is that industry should think outside the box and challenge widely accepted opinions,"​ corresponding author, Sam Millet, from Flanders Research Institute for Agriculture, told us.

The authors said further research into the mechanisms of the observed differences are mandatory for developing improved management practices of weaned piglets. Such studies should include measurements of intestinal morphology or intestinal barrier function. In addition, behavioral observations may be useful, they said.

“It would be good to asses individual creep feed intake before weaning, using a colored feed marker as well as methods to monitor individual post-weaning feed intake of group-housed pigs by using computerized feeding stations (Bruininx et al., 2002). ​While it is not possible to give recommendations for practice based on the present research, it can be concluded that small changes in feeding management after weaning may have prolonged effects on piglets.”​

Source: Livestock Science​Title: The effect of an 18-hour delay in solid feed provisioning on the feed intake and performance of piglets in the first weeks after weaning​​ 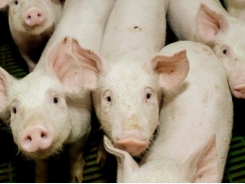 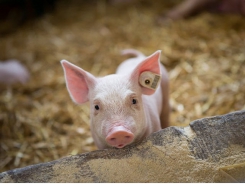 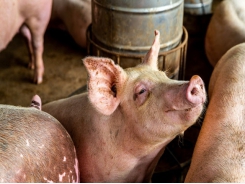