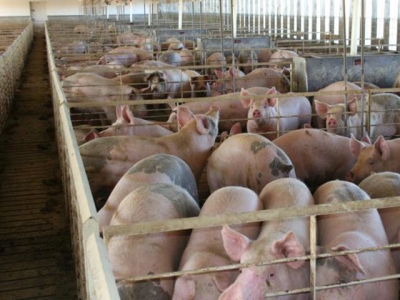 Work on other swine disease pathogens helps provide valuable information in the battle with PRRS.

In the October domestic disease monitoring report, authors monitored PRRS diagnoses in the major veterinary diagnostic laboratories and found the number of cases tested for PRRS virus doubled from 2010 to 2018. Apparent seasonal trends for the frequency of PRRS virus detection were consistently observed with a higher percentage of positive cases occurring during fall or winter months, Sundberg said, noting that more detail may be found in Linhares's peer-reviewed paper.

Information on prevention becomes more valuable to producers who wish to safeguard their herds from this disease. Dr. Gustavo Silva at Iowa State, and his team, devised a way to give farms a Biosecurity Vulnerability Score (BVS). Silva's SHIC-funded research shows farms with higher BVS scores have broken more frequently with PRRS, adding validity to the scoring system, Sundberg said. The most important categories of risk revealed by this study were those relating to swine movements, pickup/deliveries from/to premises and people movement. The five most important events that occur in breeding herds related to PRRS introduction were breeding replacement animals, semen delivery, air transmission, weaned pigs transported from premises and dead animal removal, respectively.

According to Sundberg, BVS shows promise for assessing vulnerabilities on biosecurity protocols in order to reduce the frequency of PRRS outbreaks, and it may help producers and veterinarians prioritize investments in improving biosecurity practices over time. It can also be used to predict relative vulnerability of different farms within a production system and/or region based on frequencies of risk events since the probability of introduction of pathogens increases as the frequency of risk events increases.

Silva's work continues with publication of an additional study done to evaluate the use of machine learning algorithms to identify key biosecurity practices and factors associated with breeding herds self-reporting (yes or no) a PRRS outbreak in the past five years, Sundberg said. This study also explored the use of the positive predictive value (PPV) of these models as an indicator of risk for PRRS virus introduction by comparing PPV and the frequency of PRRS outbreaks reported by the herds in the last five years.

Results of Silva's newer work support the concept that there is correlation in biosecurity practices and factors of swine breeding herds, Sundberg said, noting that findings indicate it is possible to identify the most relevant biosecurity practices and factors by asking fewer questions, and then to predict PRRS virus risk of outbreak. In the study, Methods A and B have classified farms' PRRS status as positive when diseases occurred with an accuracy of accuracy of 76% and 80%, respectively. This study allowed the authors to develop the initial concept for a future tool with the capacity to help producers and veterinarians to measure and benchmark key biosecurity practices and factors more frequently, identify sites at relatively higher risk of PRRS virus introduction to better manage the risk of virus introduction over time, Sundberg explained.

Work on other swine disease pathogens also yields valuable information in the battle with PRRS. PED is among the most impactful endemic swine pathogens in the U.S., yet risk factors that drive viral circulation at regional levels are still not completely understood, Sundberg noted. This is partly because risk is dynamic and changes rapidly both spatially and temporally. Utilizing a subset of data from MSHMP containing weekly PED status, Dr. Kim VanderWaal and her team are developing predictive machine-learning models that estimate the probability of a PED break each week, Sundberg said.

VanderWaal's forecasting model uses data on pig movements, geolocations of farms, environmental, and weather factors to predict the probability that a sow farm will become infected two weeks in advance. The model's positive predictive value (PPV) is about 70%, meaning that the model is quite accurate in the advance warning it provides, Sundberg noted.

Current efforts for this project include developing a software platform that is integrated with the MSHMP database. Thus, farm-level forecasts for two weeks in the future can be updated as new data emerges each week. These two-week projections will be delivered each week to participating production systems, allowing ample time to mitigate the risk or minimize the impact.

Sundberg said the platform can also be readily applied to other diseases, such as PRRS. Ongoing analysis suggests that PRRS breaks are more difficult to predict, and that the importance of animal movements versus spatial proximity between farms is dependent on the particular strain.

The expected roll-out of the forecasting platform for currently participating production systems is fall 2019. Ultimately, the near real-time estimation of forecasts will provide tools for data-informed actions by producers and practitioners to control outbreaks.

Funded by America's pork producers to protect and enhance the health of the U.S. swine herd, SHIC focuses its efforts on prevention, preparedness and response. As a conduit of information and research, SHIC encourages sharing of its publications and research for the benefit of swine health. 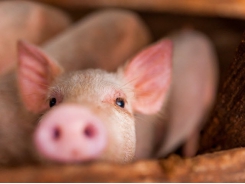 Fungal fermented rye may reduce reliance on antibiotics in pigs 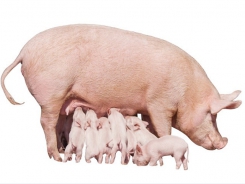 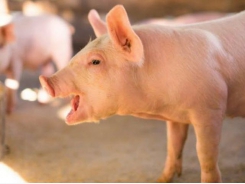