Is body condition the right tool to adjust feeding in pregnant sows? 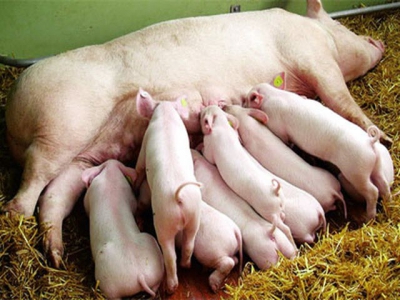 For optimal and sustainable production in the sow, a thorough and objective knowledge of how body reserves increase and decrease throughout gestation and lactation is crucial, as well as the reliable translation of these changes into pounds of feed in order to meet the sows' needs.

In field conditions, the most common way to assess the state of the body reserves is by using the sows’ body condition (BC) score throughout the production cycle. BC at the time of leaving the farrowing unit is an indirect index of the amount of feed to be administered during the first month of gestation, designed to recover the lost body reserves. The BC one month into gestation allows us to assess whether the sow has recovered during the first phase of gestation, before entering the group gestation facilities. This point can currently be considered critical for both group feeding systems and electronic feeding stations, as it represents the starting point of the feeding pattern or curve to follow during the next 2.5 months. Given that these 2.5 months represent more than 50% of the full production cycle of the sow, it is questionable whether the BC is the best tool to define the feeding pattern or curve designed to meet the needs of the pregnant sow.

A retrospective observational study was recently conducted in our group, with a population of over a hundred sows —from gilts to 8th parity sows—, to evaluate the usefulness of the BC as a tool to establish the feeding pattern from the confirmation of gestation until entry into the farrowing crates. To this end, sows were individually weighed at the entering and leaving the gestation groups, their back fat thickness determined by ultrasound and their farrowing performance (number of births and weight of piglets) recorded. At the same time, both the consumption pattern and the total amount of feed consumed were individually recorded during this period, which had been established and modified based on the sows' BC, as determined by the person usually in charge of the holding.

Based on this information, and by reference to the NRC (2012), the requirements of metabolizable energy (ME) (kcal / day) were calculated, as well as percentages of energy for maintenance, growth and / or repletion of reserves and proper development of gestation (gravid uterus, adnexa and mammary gland). Likewise, the total amount of ingested ME (kcal / day) was calculated, and the degree in which the sows' needs were met based on parity (1st and 2nd farrowing, 3rd-5th farrowing and > 5 farrowings) studied. 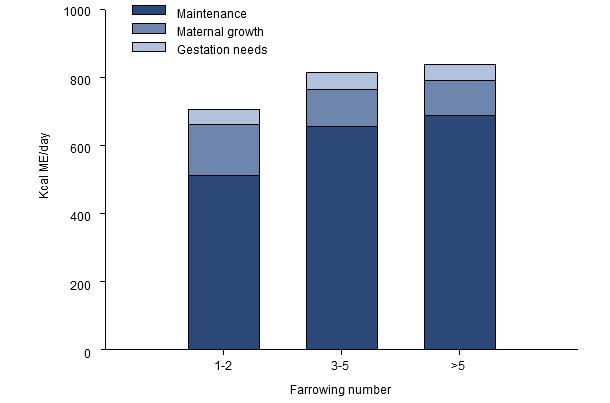 Figure 1. Distribution of the energy needs (ME, kcal / day) during the last 2.5 months of gestation for a young, adult or old sow.

Figure 1 shows the distribution of a sow's average energy needs over the last 2.5 months of gestation (ME, kcal / day) on its first and second farrowing (growing animal), between its 3rd and 5th farrowing (adult sow) and after its 5th farrowing (old sow). As expected, maintenance needs always represent the greatest relative contribution to the total needs during gestation, but this fraction is much bigger, proportionally, in adult sows. The sows’ requirements for growth and / or repletion of reserves are quantitatively important, higher in gilts than in adult sows, and dependent on protein and fat deposition rates, which change over the life of the animal. Energy needs for the proper development of gestation are proportional, and even slightly higher, for adult sows.

Once the energy needs (ME, kcal / day) had been characterized, the next step was to calculate how these needs were met based on the feeding level and the quantity of feed initially offered and readjusted every 3 weeks, based on the BC, by the staff in charge. Figure 2 shows that the amounts of feed offered to growing gilts properly meet or even slightly exceed their needs by a 3% (average BC ≤ 3 at entry and > 3 at exit.) However, the recorded ingestion only covers 75 and 71% of the theoretical needs of adults and old sows, respectively (average BC at entry ≥ 3,2 and > 3.7 at exit.) 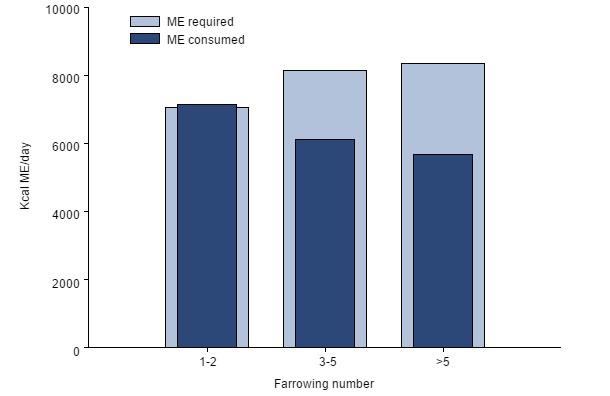 Figure 2. Metabolizable energy consumed compared to the energy required according to the NRC (2012) (kcal ME / day) during the last 2.5 months of gestation for a young, adult or old sow.

These results suggest that monitoring of the BC as an index to determine feed intake during confirmed gestation would allow to meet the needs of gilts but not those of adult sows. In any case, it allows perfect control of the most vulnerable animals in the farm. The explanation could lie, at least in part, in the fact suggested in recent years, especially with very lean sows —as the current ones are—, whereby the BC reflects the animal's degree of "muscularity" rather than the overall state of its reserves, leading to BC changes being better perceived in gilts —growing and building muscle— than in adults, whose energy balance depends mostly on fat reserves. If we accept this hypothesis, the use of the back fat thickness (BFT), alone or in combination with the BC, might be preferable to design the most appropriate feed intake curve for the confirmed gestation phase in adult sows. In fact, the increase in BFT was 2.4 and 2.7 mm for gilts and sows, respectively, from an approximately 2 mm-lower initial BFT in gilts. A good estimate of the live weight could not be ruled out either as a good predictor, although this requires prior checking.

Finally it should be noted that the difference between the energy obtained from the feed and the sows' needs appears to be very big (between 15 and 30%, Figure 2); if this were true, it would probably not affect the piglet's birth weight or the sow's milk production in the subsequent lactation, but it could reduce its longevity. Moreover, the results suggest that the NRC (2012) provides a clear overestimation of the maintenance energy requirements, at least for large adult sows. 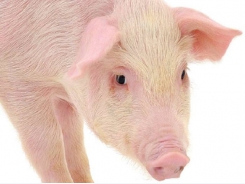 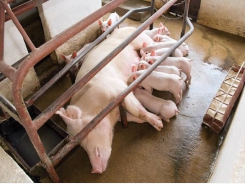 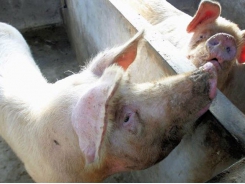