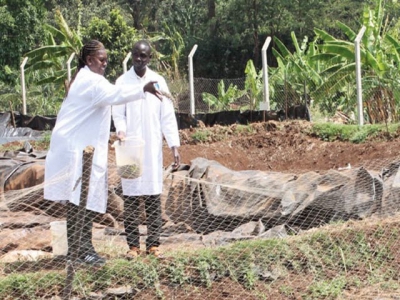 Aquaculture producers in east Africa are set to benefit from using more insect meal in their fish feeds, according to the results of new research.

The project developed and tested insect-based feeds for the sustainable, safe, and cost-effective production of both fish and poultry. Researchers identified suitable insect species and tested insect rearing and harvesting techniques that are suitable for local, small-scale farming systems. Working with private sector companies, the research team assessed the market potential for insect meal and insect-based feeds and analysed the feeds’ performance in poultry and fish production. The project worked with the Kenya and Uganda Bureaus of Standards to develop regulations and standards for the use of insects in animal feeds.

The study found that 92 percent of the 28 profiled insect species have higher crude protein dry matter (DM) than fishmeal available in Kenya and Uganda. All of the species reared by the project were superior, including the African moth (Gonimbrasia zambesia), which has up to 73.3 percent crude protein (DM basis), field cricket (67.21 percent), house cricket (62.57 percent), and black soldier fly (BSF) (49.5 percent). Insects are also high in polyunsaturated fatty acids, flavonoids, vitamins and minerals.

Insect use as a protein source is estimated to reduce the protein cost of feed production by at least 25-37.5 percent. Insect commercialization for feed has been adopted in both countries. For instance, Sanergy Ltd, one of the private sector partners involved in the project, is currently expanding its BSF production units with new investors joining the venture.

Over 80 percent of interviewed fish and poultry farmers and 75 percent of feed traders and processors are willing to use insects as feed. Effective demand, at 5 percent inclusion of insects in feed, translates into 27,000-32,000 tonnes of dry insect material for Kenya. Further, at 5 percent inclusion, the substitution of current protein with BSF in poultry feed alone in Kenya represents a potential demand of 115,000 tonnes of dry insect per year, translating into a market value of US $103.5-115 million per year. This would potentially result in 14,328 jobs if each person produced 2 tonnes of fresh insects per month. The production of BSF in a screen house of 5 m x 10 m could yield 2 tonnes of fresh BSF per month, costing US$0.20/kg DM to produce, and sold on the market for between US$0.90 and US$1/kg DM).

As insect rearing can be carried out from home with minimal required inputs IDRC notes that it is an ideal source of feed for female farmers, in particular, as they are often constrained by limited access to agricultural resources. The project involved the training of young women researchers in the areas of insect mass rearing, and nutritive profiling, which has enabled them to build their scientific capacity and use the project as a platform for professional growth.

With women making up 52 percent of the project’s postgraduate students, the project has provided a platform for these young researchers to grow professionally. 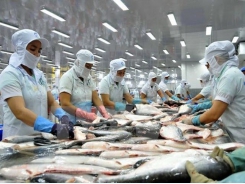 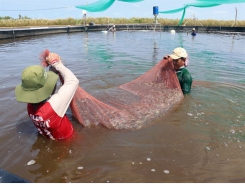 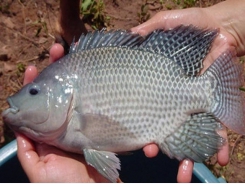