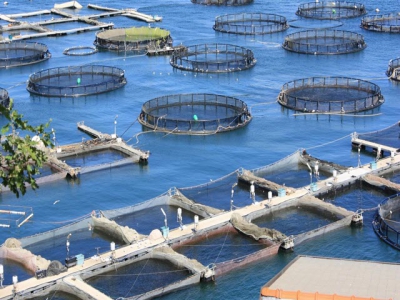 The VTT Technical Research Center of Finland Ltd. has developed "LaunchPad," a deep-tech incubator to promote the commercialization of solutions relating to, for example, animal feed and fish farming.

In a recent announcement, VTT said LaunchPad includes two ventures that are looking for answers to the problems of fish feed production: Enifer Bio and Volare. Enifer Bio's solution is based on the use of dilute side streams from the agriculture and forestry industries, while Volare's solution focuses on the valorization of food industry side streams.

Noting that wild fish stocks have not grown for decades, VTT said one of the largest obstacles to producing more fish through aquaculture is the limited availability of fish feed, which is why new and sustainable solutions are needed. Fish farms typically use fish meal and soy protein as feed, VTT said, but fish meal ingredients are in short supply, and the production of soy protein comes with ecological challenges.

VTT said the forestry industry previously produced large volumes of spent sulfite liquor, but a unique process was developed in Finland to grow the micro-fungus Paecilomyces variotii in the liquor, which could then be used as animal feed.

"The practice was abandoned, as the pulp industry evolved so that no more liquor was produced. Other industrial sectors, however, are still producing similar side streams. We have now modernized the process and begun to use it to produce fish feed. Both investors and suppliers have shown interest in the idea, and we are currently in negotiations about setting up a production line in Finland," VTT senior scientist Simo Ellilä said.

According to VTT, Enifer Bio has its sights set on the global market. The team is working on making the technique compatible with, for example, sugarcane vinasse, which could open up a market worth 3 billion euros in Brazil alone.

VTT said the Volare team is working with food industry side streams such as potato peels and stale bread, but almost any ingredient can be used, as long as it complies with the law.

"We can turn these ingredients into affordable animal feed with a composition that satisfies the regulations. This also helps to reduce waste. There are enough ingredients to build a business worth several hundreds of millions of euros in the Nordic countries. Of course, we ultimately want to go global," VTT research scientist Tuure Parviainen explained.

"We are currently piloting the technology. The next step is to build a large-scale prototype and explore commercial options. Our goal is a scalable solution that can make a big impact globally," VTT senior scientist Matti Tähtinen added.

"Enifer Bio and Volare are good examples of the kinds of ventures that are involved in VTT LaunchPad. VTT wants to transform the industrial sector and society through applied research. Launching startups with the ability to transform their respective industries is one way to pursue this mission, and VTT LaunchPad provides a systematic way to do this," VTT LaunchPad manager Lotta Partanen said.

"The teams' solutions are based on long-term research. They have considerable international potential but may need, for example, a production facility. It is important to pick the right market, which may not be Finland or the Nordic countries," Partanen added.

VTT LaunchPad consists of seven teams with ideas ranging from scalable human thermal model software to controlled-range illumination technology. The teams work with validated technologies, and what they are most looking to get out of the incubator is an understanding of customers' needs and how to meet them as well as ways to test their product market fit, VTT said.

VTT LaunchPad helps the teams reach a point where they can seek funding for their business.

"Our approach is experimental and flexible. Our goal is to make the teams better known among investors, mentors and business experts. This allows the researchers to focus on a single technology, finding commercial applications for it and protecting their invention with patents," Partanen said.

"The teams are made up of leading scientists, and their projects are of the highest caliber and something that we can be truly proud of," Partanen explained. 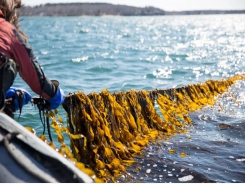 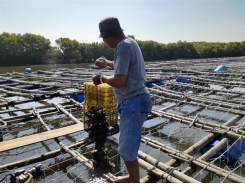 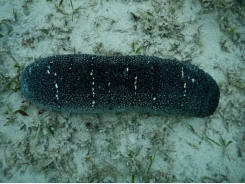 The farm that aims to monitor every individual…