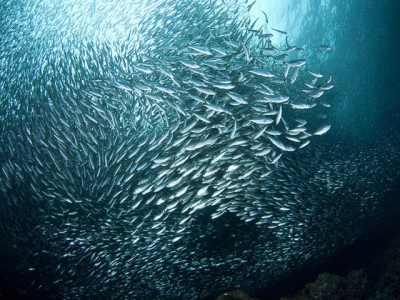 A team of Brazilian researchers examined the use of sardine protein hydrolysate (SPH) in the diet of South American catfish and the feed ingredient’s influence on performance and gut health.

“This study evaluated the inclusion levels of sardine muscle protein hydrolysate (SPH) in diets of South American catfish (Rhamdia quelen) juveniles,” ​the researchers said. “Effects of SPH on the growth and health were evaluated through the productive performance, morphometry, microbiology and enzymatic activity of the gastrointestinal tract.”​

In the feeding study, the authors found that fish on the supplemented diets had improved average weight gain, specific growth rate, feed intake and apparent feed conversion rate compared to fish on the control diet.

Fish getting the 5% inclusion diet also had more alkaline protease activity in the gastrointestinal tract than the control group fish.

Fish getting the 2% and 5% diets had increased amylase activity than the control, and those on the 5% diet also had more lactic acid bacteria and Vibrionaceae, they said. However, intestinal morphometry was similar for fish on all the diets.

“The SPH functioned as a growth promoter in South American catfish with inclusion levels up to 10%, with improved productive performance and nutritional efficiency,”​ they added. “An enhanced activity of digestive enzymes and lactic acid bacteria in the intestines was observed with the addition of 5% SPH –  thus, a prebiotic effect on fish is evident.”​

By 2014, the total global catch of ocean-dwelling fish was 81.5m tons, the researchers said. Sardinella​ (sardine) was one of the most collected fish.

However, residues from fish processing accounted for about half of the total catch, they said. Recycling those wastes or finding alternative uses is increasing of interest as by-product development could improve profits and sustainability.

“Fish protein hydrolysate (FPH) results from the enzymatic hydrolysis of processed fish wastes and is rich in free amino acids and in low molecular weight peptides,” ​they added.

The South American catfish is a species of interest for aquaculture producers because it is an omnivorous species capable of surviving cold weather and that has a high growth rate and carcass yield, the researchers said.

It also presents as a useful model organism for nutrition studies as its gastrointestinal tract is similar to the Channel Catfish, they said.

Fish-derived hydrolysates provide benefit from the enzymatic treatment as that can improve the absorption of molecules in the epithelial cells in the intestine, the researchers said.

“Di- and tri-peptides may also improve palatability, disease resistance in fish and survival."​

Past research with novel feed ingredients has implied that FPH may provide benefits for fish from “biologically-active peptides resulted from enzymatic hydrolysis,”​ they said. These include antioxidant and antimicrobial properties, improved immune response and improved digestive enzymatic activity.

“Protein hydrolysates may also have a prebiotic effect in the digestive tract, which was affirmed by the proliferation of the bacteria Lactobacillus sp. in in vitro experiments (Safari et al., 2012),” ​the researchers said. “Preliminary results have shown the positive effects of sardine protein hydrolysate on the intestinal morphometry of South American catfish (Rhamdia quelen) (Wosniak et al., 2016), but further in vivo studies are necessary to describe the effects on the intestinal microbiology.”​

The bioactive amino acids and peptides in FPH are linked to the raw material used and the enzyme and hydrolysis conditions, but sufficient levels of FPH are needed to produce a response in fish, they said.

During the feeding study, 480 juvenile catfish received one of four diets for a period of 56 weeks, the researchers said. The diets included varying levels of SPH, generated from sardine processing wastes using a commercial protease complex, at 0, 2, 5 and 10% inclusion.

“Diets were isoproteic (39% of crude protein) and isoenergetic (about 4376 kcal of gross energy kg−1), formulated as required for South American catfish,” ​they said. “In addition to the hydrolysate, diets were formulated using fish meal and soybean meal as protein sources, and fish oil and cornmeal as energy sources.”​

Fish were weighed and measured at the start and conclusion of the feeding trial, they said. Weight gain, apparent feed intake, apparent feed conversion rate and specific growth rate were calculated.

At the end of the feeding period all fish were harvested for analysis, the researchers said.

They were examined for total alkaline protease and amylase activities in the gastrointestinal tract, intestinal microbiota was evaluated and amounts of Vibrionaceae, lactic acid and total heterotrophic bacteria were established.

Histological analysis of the intestines also was performed to assess total villi height, width and thickness, they said.

Fish eating the 2% and 5% supplemented diets had higher amylase levels than those on the control diet or the 10% diet, they said. Fish getting the 5% diet also had more total alkaline protease levels and more lactic acid bacteria in the intestinal tract.

Control group fish had the smallest amount of Vibrionaceae bacteria, the researchers said. However, heterotrophic bacterial results, histological organization of the intestine and intestinal morphometry parameters were similar for all fish. 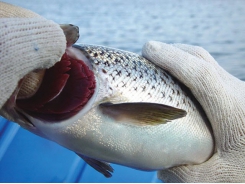 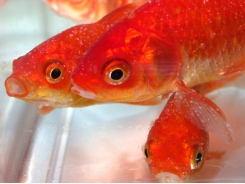 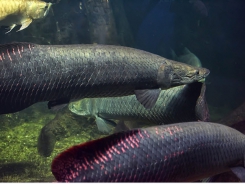 How to improve cleaner fish efficacy