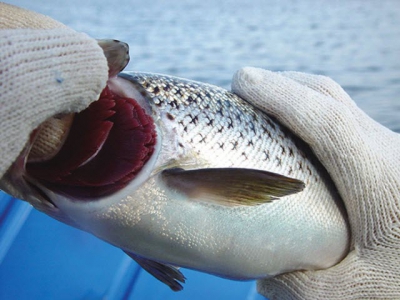 The disease is well known in Tasmania, Australia, where is costs the industry up to A$230M a year, the organisms favour the warmer conditions found there. However in recent years the disease has been a growing problem in Ireland, and has also been identified in France, Norway, USA, Canada and most recently Scotland.

AGD is caused by the protozoan amoeba species Neoparamoeba perurans. The parasite causes a proliferative response in the gill epithelium (this is generically known as proliferative gill disease, or PGD, of which amoebae are just one agent). Normally oxygen would diffuse through the thin epithelium, which it can't do when the epithlium is thickened. In the parts of the gill affected, the fish effectively can't breath, explains Fish Vet Group vet, Chris Matthews.

Mr Matthews says that the organism is probably present naturally in the water.

Once on a farm, these amoebae divide exponentially so clinical disease can develop quickly, he says.

The disease only appears to threaten farmed species, with fish in their first year at sea seeming particularly susceptible to the disease.

Mr Matthews says that in the early stages there are few obvious symptoms of the disease, as the disease develops signs of respiratory disease can be seen, including flared operculae and gasping. Fish are often also found higher in the water column.

Mucoid patches become apparent on the gills, and eventually increased mortalities will occur.

The disease is diagnosed by clinical examination by veterinarians, including a look at fresh gill preparations under a microscope. Histopathology confirms the diagnosis and is helpful in gauging the severity of the disease. RT-PCR can be used to confirm the amoeba species involved.

As of yet there is no cure as such for the disease, but if outbreaks are carefully managed, as the water temperature cools, the disease generally resolves. In extreme situations veterinarians may recommend treatment. Mr Matthews says that bathing whole cages in freshwater is the most recognised treatment in Tasmania, although recognises that this is expensive and technically difficult to achieve.

The industries in Scotland, Ireland and Tasmania are presently researching possible treatment strategies. Early intervention is likely to be the key to avoiding losses.

Mr Matthews says that careful site husbandry is required. "Avoiding stress can go a long way to mitigating the effects of gill disease." 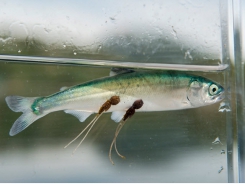 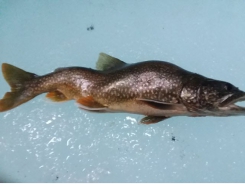 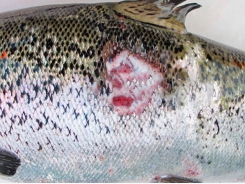