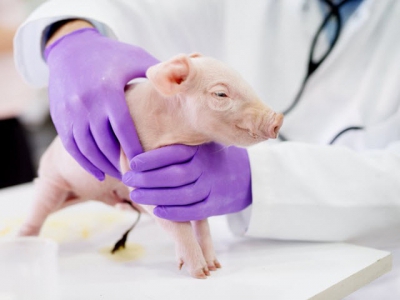 A change in feeding schemes and management is the solution. Increasing use of prophylactic antibiotic treatment is not, said Lars Andersen, nutritionist with Hamlet Protein, who was speaking at a seminar in China earlier this month as the industry there prepares for a ban of AGPs in livestock feed by 2020.

The Danish soy-based protein ingredient company co-hosted the seminar in Guangzhou with the US Soybean Export Council (USSEC) and enzymes and probiotics producer, Vland Biotech. That event also focused on effective alternatives to the use of zinc oxide (ZnO) in piglet feed. In July 2018, China restricted the use of ZnO to 1600 ppm in the first two weeks post-weaning.

Andersen said the principle idea behind the seminar was knowledge transfer.

Despite the risk of African Swine Fever (ASF) spread in China, slaughter pig price hikes are creating a huge incentive for the big players to invest in feed, and in professional, modern pig farms with high biosecurity, said the Hamlet Protein nutritionist.

Live hog prices have risen to as much as 25-30 yuan per kg (US$2.10 per pound) in some parts of China, more than double prices of a year ago. The Chinese pig farmers unaffected by ASF have been capitalizing on those higher prices.

So those Chinese producers are looking to improve on feeding, health and livestock farming practices, and there is a clear desire on their part to understand how the feed industry in other countries has addressed the challenges of AGP removal and restrictions on ZnO use, he said.

Andersen said that farmers tend to use AGPs to prevent diarrhea, more so than to promote growth: “However, my message is that the reason they see lots of diarrhea is because they are not feeding the pigs correctly. They are giving them something the piglets can’t digest - too much protein and protein with low digestibility - and, because of that, the piglets get diarrhea. Of course, that kind of protein is cheap, and if they can use antibiotics, which are also relatively cheap, farmers can cover up production problems.”​

He has direct experience of trying to formulate AGP free pig feed in a commercial setting.

“I was working in a feed mill as a product manager from 1997 to 2001, exactly the years that AGPs were being removed from Danish production. In 1998, the discussion first arose about removing AGPs from slaughter pigs and then, in 1999, we looked to do the same with piglets. So, from January 2000, six years before the rest of the EU took the same step, we stopped using AGPs altogether in Denmark. That was a valuable learning experience. Being the one [in that mill] doing all the formulation and getting all the feedback, I learnt a lot about what works and what does not work."​

The formulation basics under AGP and ZnO restrictions ​

Basics when formulating: Other Nutrients ​​

Source: Formulation of Piglet Feed under Restrictions in Antibiotic and ZnO use. ​Presentation by ​Lars Sangill Andersen, nutritionist, Hamlet Protein at a technical seminar in Guangzhou, China co-hosted by Hamlet Protein, the US Soybean Export Council (USSEC) and Vland Biotech.

Selecting the right protein sources for piglet diets can have a huge impact when designing diets for both AGP and ZnO removal, he said.

Using net energy and standardized ileal digestibility (SID) systems as the basis for formulation, producers should choose protein sources that do not have anti-nutritional factors (ANF), and protein that is highly digestible, he said.

There is no clear route to zinc oxide removal, though. “That is not a done deal, it is still a learning process. But we have picked up a lot of information on zinc oxide and how to avoid using it, and we wanted to give people some ideas on how they should go about that.”​

New strategies for ZnO replacement are being tested. But nutritionists can make small improvements to piglet diets to support gut health and animal performance, Andersen said.

The use of organic acids, primarily benzoic acid, can help.

Removing limestone (calcium carbonate) or replacing it with other calcium sources along with the use of monocalcium phosphate (MCP) instead of dicalcium phosphate (DCP) would also be beneficial as then the pH of the piglet’s stomach is lowered; a low pH is a prerequisite for efficient feed digestion and good gut health in the piglet. A high gastric pH will allow pathogens to survive and give them greater opportunity to colonise the digestive tract.

“If you apply these changes, these small adjustments to feed formulation [at weaning], you are definitely getting closer and closer to where you can remove zinc oxide without causing a lot of diarrhea." 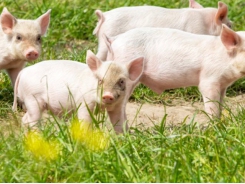 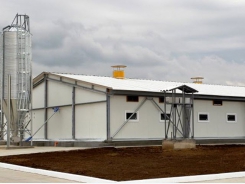 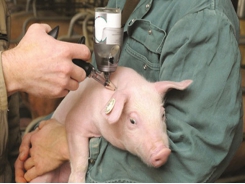 Tracking ASF survival in feed could help with…