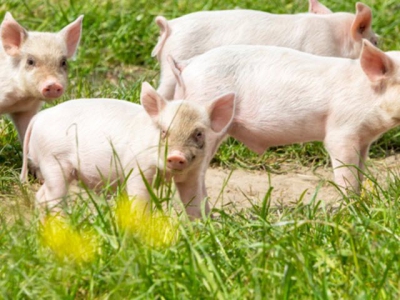 The team of researchers from the University of Illinois explored the use of both copper hydroxycholoride (Cu) and choice white grease (CWG) in the diets of weanling pigs faced with either normal or heat stress conditions.

The project is part of an ongoing examination of the effect that dietary copper has on pig growth performance, immunity and nutrient digestibility, said Hans Stein, professor of animal science, the University of Illinois.

“We hypothesized that if pigs are stressed they will need the benefits of copper to maintain the immune system,” ​he told FeedNavigator. “To test this in a practical way we created a mild heat stress – which is very common here in the Midwest where we live – and we then tested if copper could mitigate some of the negative effects of heat stress.”​

“Results of the experiment confirmed the hypothesis,”​ he added.

The researchers found that there was no interaction between grease and Cu hydroxychloride for overall growth performance, the researchers on the project said in their study. However, the average daily gain was improved during the heat stress event for pigs on the copper additive.

Overall, pigs receiving supplement copper, with or without the CWG had reduced incidence of diarrhea and saw improvement in growth performance and for some blood characteristics, they said.

“The bottom line is that the overall effect of Cu on fecal scores was positive and that pigs appeared to be better able to cope with the heat stress when copper was added to the diets,”​ Stein added.

Why add copper to swine diets?​

Heat stress is a common factor in reduced growth performance and disease occurrence in swine, the researchers said. Thermal stress may alter behavior, immune response and endocrine response along with raising levels of serum cortisol and tumor necrosis factor-α (TNF-α).

It also has been linked to a more permeable gut and inflammation, which can hinder intestinal functioning, they said.

The trace mineral copper provides “bacteriostatic and bactericidal properties”,​ they said. Adding copper to the diet may decrease intestinal bacterial population, improve intestinal health, alter growth and the “community structure of microorganisms in the cecum and colon.”​

Copper hydroxychloride is a commercially available source of copper that can be added to swine diets, it also has a low water solubility, but has increased solubility in acid conditions, the researchers said. It has been tied to a boost in growth rate and feed efficiency.

There is a potential that feeding Cu hydroxychloride could improve pig immune response and aid in the prevention of disease for pigs facing heat stress conditions, they said.

Additionally, heat-stressed pigs often reduce feed intake so adding fat to feeds may support energy intake, they said. However, there is no information about using both Cu and fat to diets for heat-stressed pigs.

The experiment was intended to explore the use of both Cu from Cu hydroxychloride with or without grease in diets for pigs facing both normal and heat stress conditions, they said.

The project did not consider the potential for copper use in swine diets to be phased out, said Stein.

“We are just trying to understand the biology and explain how that works,”​ he said. “It will then be up to​ others to decide if copper is an acceptable additive in diets fed to pigs.” ​

During the feeding trial 130 just weaned piglets received one of four corn and soybean meal-based diets for 44 days, the researchers said. However, diets did not include antibiotic growth promoters or “pharmacological levels of zinc.”​

Pigs were weighed at the start of the trial, on days 14, 28, 40 and 44, the researchers said. Fecal scores were checked by pen every other day and scored from 1 (normal) to 5 (watery feces).

Average daily feed intake (ADFI), average daily gain (ADG) and the gain to feed ratio (G:F) were calculated, they said. Blood samples were collected for analysis on days 14, 28, 40 and 44.

Overall, the amino acids competition in the diets was found to be similar across all the diets, the researchers said.

Greater ADFI was noted in pigs receiving the diet with supplemental copper throughout the feeding trial compared to pigs on diets without Cu, they said. From day 15 to 28, pigs on the Cu-supplemented diets had increased ADG and final body weights while pigs receiving diets with CWG had better G:F than those not receiving supplemental fat.

However, during the heat stress period, no interaction between Cu and CWG were noted, they said. But, pigs receiving diets supplemented with Cu showed improved ADG compared to those without and pigs receiving additional CWG had an improved G:F during heat stress.

“We believe that if there are challenges with diarrhea then copper will help,” ​said Stein. “If pigs are heat-stressed then they can better handle that stress if copper is added to the diets.”​

There are several follow up studies planned, Stein said. Those examinations are seeking to understand the mechanism involved when copper appears to boost pig fecal scores and grow performance. 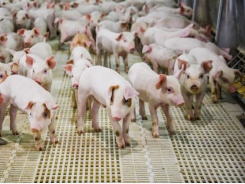 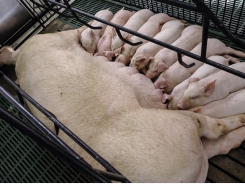 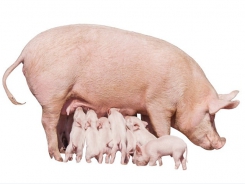