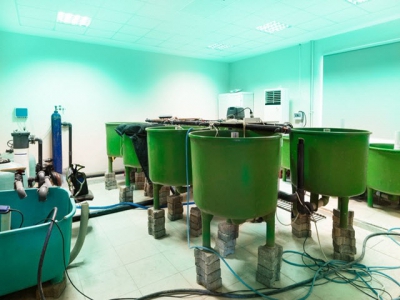 An international team of researchers from research institutions in India and Canada explored the use of zinc oxide nanoparticles (ZnO NPs) with the immune-stimulant β-glucan binding protein (β-GBP) in the diet of farmed fish to check for immune response and disease resistance. The group published its work in the journal Fish & Shellfish Immunology​​.

The research team members found that fish getting the diets supplemented with the nanoparticles demonstrated improved growth performance and increased cellular and humoral immune responses.

During a disease challenge, fish getting the supplemented feed also had reduced mortality, the researchers said. “Our study suggests that dietary supplementation of Ppβ-GBP-ZnO NPs at 0.004% may have a potential effect to enhance the immune system and survival of O. mossambicus,”​ they added.

Consumption of fish is growing worldwide, the researchers said. Aquaculture is anticipated to help satisfy global demand as populations increase.

However, aquaculture faces a major threat from reoccurring infectious disease caused by fungi, viruses, bacteria and parasites, and related mass mortality, they said. Bacterial infections from Aeromonas hydrophila​ have become a specific problem.

Antibiotics have been used to address disease outbreaks and boost the immune status of fish, they said. Although fish producers have seen positive outcomes using antibiotics, excessive or improper use has been linked to antibiotic resistance and the accumulation of antibiotic residue in the environment and in tissue.

Vaccines also have been used to improve fish health, they said. However, the practice is expensive and only able to address specific pathogens.

“Alternatively, various non-toxic compounds such as immunostimulants are being investigated by fish culturist to boost or strengthen the immune system of fishes,”​ the researchers said. The use of a nano-delivery system has been suggested as an alternative process to help administer immunostimulants, they added.

Nanotechnology is an interdisciplinary area of research, which could be used in disease detection and to help deliver drugs, hormones, vaccines, or nutrients to farmed fish species, they said. Several metal nanoparticles (NP) including selenium (Se), iron (FE), copper (CU), iron oxide (FeO) and zinc oxide (ZnO) have been considered for use in aquaculture.

“The metal oxide nanoparticles particularly, trace metal elements capped with immunostimulants have been applied in feed supplemented to fish is a new delivery system for enhancing the immune ability and disease resistance to pathogens,” ​they said. “Among the metals, Zinc (Zn) is an essential micronutrient and trace element required by fish for stabilizing cellular membranes and act as a cofactor for several enzymes.”​

However, there are some challenges in using Zn including that increasing concentration of the trace mineral is considered toxic, they said.

“Previously, a number of immunostimulants including phospholipopeptide, β-glucan and vitamin C, and leaf extracts of Psidium guajava, Eclipta alba, Solanum trilobatum have been used to promote resistance against infectious disease in aquatic fishes,”​ the researchers said. But, there is little information regarding using some diet-based immunostimulants to improve immune status or protect fish against pathogens, they added.

“β-glucan binding protein (β-GBP), an immune molecule of crustaceans involved in wide defense reactions by triggering chemical mediators,” ​they said. “β-GBP is a pattern recognition protein (PRP) that arises from hepatopancreas and embedded at the surface of circulating hemocytes.”​

During the feeding trial, nine experimental diets were given to fish for a period of 30 days, said the researchers. A control diet also was used.

Five fish per group were used to collect serum and blood samples, they said. Fish growth rate and feed intake were tracked, and growth performance and survival rates were calculated.

Additionally, after the 30-day feeding trial, a sample of fish from each group was challenged with A. hydrophila​, said the researchers. Mortality was tracked for 10 days and survival rate was calculated.

Weight differences were found in the fish after 30 days, said the researchers. Fish getting the supplemented feeds had improved growth rate compared to those on the control diet, with fish getting the 0.004% Ppβ-GBP-ZnO NPs diet showing the best result.

Fish on the supplemented diets had improved survival rates when facing the disease challenge compared to those on the control diet, they said. Those on the Ppβ-GBP-ZnO NPs diet had the best survival rate at 90%.

Similarly, fish on the trial diets had higher respiratory burst activity than fish on the control diet, they said. Of the supplemented fish, those getting the Ppβ-GBP-ZnO NPs diet supplemented at 0.004% had the highest response.

Fish in that group also had the highest concentration of complement activity and lysozyme activity by day 30, they said. The fish getting the largest supplement of Ppβ-GBP-ZnO NPs saw the highest amount of alkaline phosphatase activity and the most serum anti-protease activity. 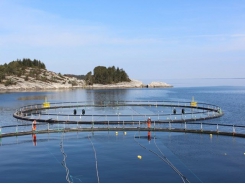 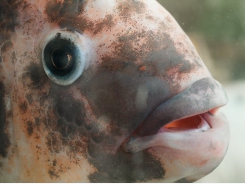 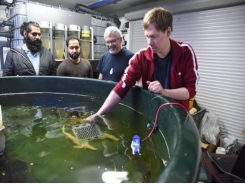