Pig What if pigs went back to their roots?
Pig
Sản phẩm khuyên dùng 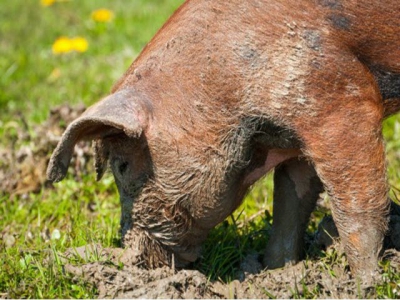 Over the decades, pigs were taken from rooting outdoors to being kept inside pig houses, away from the mud and the dirt they are used to. Anaemia problems can mostly be solved by supplementing iron – but would that mean pigs can go without their mud? Swine nutrition expert Dr Casey Bradley has her doubts.

Between work and my personal life, life seems like a whirlwind, with constant movement and change. But through it all you seem to go back to your roots. In the last few months I have been able to visit some farmers back home in Michigan and then also visit Germany again, reminding me of my ancestors and my heritage. Being back in hog barns have really made me feel like I am back where I belong, rooted back into my past.

There is a lot I have learned in the past that serves me well today. For a plant to survive it needs to be planted in fertile soil, that is also true for all of us to grow and flourish in our lives and careers. But in modern agriculture we have removed our animals from dirt and placed them in cleaner, more environmentally capable barns.

There has always been a long-debated question regarding this move. Do animals, and pigs who love to root in dirt, need dirt? Soil or dirt contains all sorts of nutrients including trace minerals, organic compounds, and a unique microflora. Just one example of how we needed to modify this was when we started to farrow pigs indoors, we had to start giving iron injections to the baby pigs.

What else do pigs need in dirt?

But what is crazy, even with iron injections, different iron sources for feed, producers are still challenged with anaemic pigs. This topic could be pages and pages on the how’s and why’s to counteract the problem, but what else maybe in dirt that pigs need?

Dr Charles Maxwell has served as my major professor and mentor before, during, and after my time working at the University of Arkansas. His work has evaluated the differences between pigs born outdoors vs. indoors, and then raised indoors. Early work indicated that pigs born outdoors were healthier, had lower mortality, and performed better than their counterparts born indoors.

Bringing the outdoors into the pig house

Since then, Dr Maxwell wanted to see what the possibility was of bringing the outdoors indoors. A recent study within his lab indicated that pigs that were provided dirt in the farrowing crates via a ‘sand box’ were considerably heavier at slaughter than pigs not given dirt. Since this publication the University of Arkansas is further evaluating what could be causing this boost in performance.

But I am intrigued about what we might be missing from a nutritional standpoint for young pigs. Is it the type of cellulosic fibre component that could be acting as a prebiotic, or the micro-organisms as a probiotic, or other trace minerals that we are not accounting for in our formulations? Or is it a simple behaviour aspect and rooting or play in the farrowing crate, makes them better eaters when they are weaned. But at the same time, dirt can harbour disease and parasites that are not healthy for animals of any age.

Going back to a pig’s roots, such as when they had to root in the dirt to forage for food, does it make them whole? Just as I feel calmer, happier and more grounded going back home and visiting the country of my ancestors?

Either way, it is important for us all to take that journey and experience our own self-reflection to understand what will help us be more fulfilled in our own lives and careers. These reflections by the pig or ourselves may hold the key to unlocking much needed advances in science and swine nutrition. 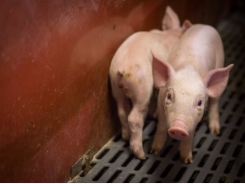 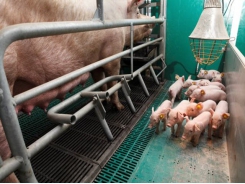 Different types of oil in sow diets: Effect on milk 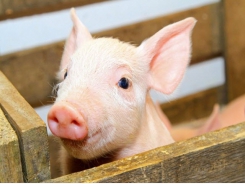 How to start the piglet off well –…