Pig What do we know about PRRS in grow/finish? Not much
Pig
Sản phẩm khuyên dùng

What do we know about PRRS in grow/finish? Not much 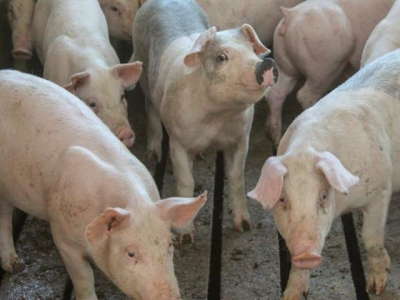 Another area that needs further research is how much of a risk finishing pigs are to sow farms, Torremorell says.

It was estimated in 2013 that porcine reproductive and respiratory syndrome costs the growing pig herd $362 million per year, $60 million more than it costs the breeding herd each year. While the industry has made some progress in controlling and preventing PRRS in sow herds, little research has been done in grow-finish herds to reduce the incidence of the disease there.

“The focus has been on the breeding herds because we wanted to produce a PRRS-negative pig and the thought was we will not be able to make an effort in controlling PRRS in the grow-finish unless we start with a pig that is negative,” says Montse Torremorell. “However, when you look at the reports from the Morrison Swine Health Monitoring Project that measures the level of incidents of PRRS, over the years it hasn’t really changed that much. It actually ranges between 20 to 40%, and only in 2013 and this last season we were in the low 20% of incidents in the breeding herds. In other years, it would range above that.”

From gilt acclimation and herd closure to air filtration and disinfection, much effort and investment has been done at the breeding herd level to control PRRS, however she says it begs the question: What is the missing piece? During the North American PRRS Symposium in Chicago, the associate professor in the University of Minnesota Department of Veterinary Population Medicine told attendees it may be time for the industry to look at the role of finishing pigs as a key factor to advance PRRS control.

“But then what happens to those pigs that are negative at weaning or are stable, what happens once they make it to the finishing sites?” Torremorell says.

While data on the grow-finish side is limited, she points to the Holtkamp et. al 2013 study where 38% of 639 groups of pigs, that tested negative for PRRSV at weaning, tested positive in the grow-finish. Another study, Robb et. al. 2013, showed 26% of 120 PRRSV-negative groups ended up positive in grow-finish.

Another area that needs further research is how much of a risk finishing pigs are to sow farms, Torremorell says. Pig movements into farms located near a sow farm may serve as a proxy for the probability of local introduction of other disease such as pseudorabies or porcine epidemic diarrhea and there could be a risk for area spread. Other neighborhood factors include pig density, weather, vegetation and temperature.

In a 2018 study by Torremorell, Jose Angulo, University of Minnesota and Zoetis; Paul Yeske, Swine Vet Center and Andreia Arruda, The Ohio State University, the researchers found that growing pigs play an important role in regional PRRSV spread and there was an association between prevalence of PRRSV infection in growing pig sites and risk of outbreaks in sow farms. During the four-year study period, the researchers studied five historically negative, filtered sow farms surrounded by 18 growing pig sites located in a 10-mile radius. All the sites were under the control of the same ownership with no outside pigs coming into the area.

They found there was an 80% probability of having at least one reproductive outbreak in the sow herds with the estimate of having a PRRSV break in the filtered farms every 3.33 years. In several cases, the same PRRS virus sequence appeared in growing pig sites before outbreaks would take place in the sow farms. At least 11 different PRRSV strains were identified in the growing pig herds during the study.

“I still think even with this piece of information we don’t know much about the risk factors that trigger those infections in the grow-finish or even what’s the best way to control PRRS virus in the finish pigs,” Torremorell says. “I think there is evidence that suggests that from a control point of view, if we really want to make an effort and advancement in PRRS control in the region, we have to look into the growing pigs. And again, for growing pigs as we’ve seen for other diseases it can represent an infection release for the sow farms, but we really don’t have a good picture of what happens in the U.S. in those grow-finish pigs.” 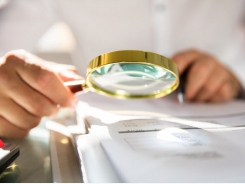 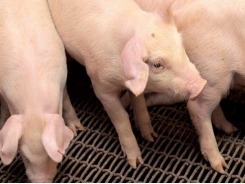 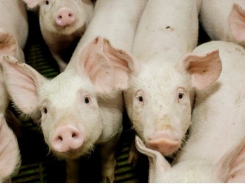