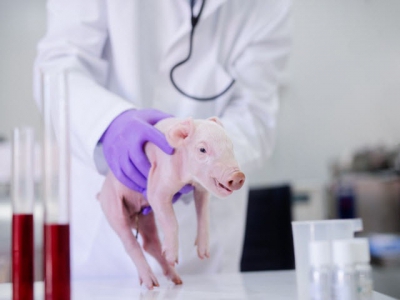 The UK’s National Pig Association (NPA) has praised the drop in antibiotic use in the UK pig sector, as announced on May 30, but warned there would be challenges ahead as the industry aimed to meet further reduction targets.

NPA senior policy advisor, Rebecca Veale, said the loss of zinc oxide, with a ban on its use in pig feed EU wide from June 2022, could mean pig farmers will have difficulty managing disease incidences in post-weaned piglets.

Indeed a conference run by AB Vista in the UK last year heard that the ban on therapeutic zinc oxide use could increase pig sector reliance on antibiotics. Delegates heard that antibiotic use had risen in some countries where the supplement has already been banned, as reported by AgriLand​.

Zinc oxide has been use in post-weaning diets in the UK to prevent diarrhea in piglets since the 1990s; it is estimated that between 70 and 90% of starter diets in the UK include medicinal zinc.

The latest antibiotic usage data for the UK pig sector, released late last week by the Agriculture and Horticulture Development Board (AHDB), shows that, for the third year running, there has been a further decrease in antibiotic usage. The data also shows an additional fall in the UK pig industry’s use of highest-priority critically important antibiotics.

Colistin use remains at negligible levels.

The report demonstrated that antibiotic use in the UK pig sector in 2018 dropped by a further 16% on 2017 figures to reach 110 mg/PCU. The use of critically important antibiotics (CIAs) was recorded at 0.06 mg/PCU of which, Colistin, represents only 0.004 mg/PCU.

The data, taken from the electronic medical book (eMB), represent 89% of pigs slaughtered in the UK.

The UK alliance, Responsible Use of Medicines in Agriculture (RUMA), welcomed the news saying it means the sector stays on target to reach its goal of 99 mg/kg by 2020, as laid out in its Targets Task Force report​​.

“Reductions and refinements in antibiotic use are always going to get progressively tougher the lower we get, so it’s very positive news that change is being achieved sustainably with attention to both pig health and welfare, and food safety,"​ said a spokesperson for RUMA.

AHDB highlighted improved industry biosecurity, the move by Red Tractor to add antibiotic recording in eMB into their pig standards and a new benchmarking tool it has developed in eMB as among the factors contributing to the latest reduction.

eMB’s benchmarking function allows producers to benchmark themselves against other producers. This has enabled producers to understand their own patterns of use and, alongside their vets, make informed decisions around animal treatments, including antibiotic use, it said. 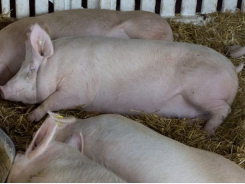 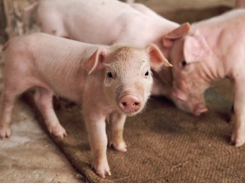 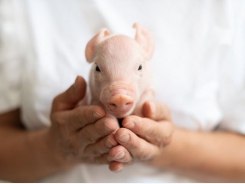