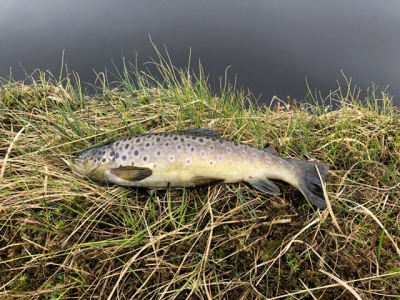 The debate over whether brown trout (Salmo trutta) constitute a single species or several may soon be resolved, following the completion of the brown trout reference genome.

A brown trout caught in a Scottish hill loch. Scientists have long debated whether the brown trout (Salmo trutta) was only one species. Photo © Rob Fletcher

This has been achieved by scientists at the Wellcome Sanger Institute and their collaborators, who hope it will help boost conservation of Salmo trutta stocks and give insights into their ability to quickly adapt to multiple environments.

The newly-sequenced genome will allow scientists and conservationists to better understand the genetic roots of this highly specialised species. It will enable researchers to identify any sub-species currently classified as brown trout, facilitating conservation efforts targeted at specific populations during a period of rapid climatic change.

Brown trout are one of the most genetically diverse vertebrates. Taxonomists once identified up to 50 distinct species. Different populations have adapted to exploit particular biological niches, with some living their whole lives within a 200 metre stretch of freshwater stream while others migrate from the stream where they were born to the open sea.

These different life strategies help to explain the genetic superpowers of brown trout – in particular, the adaptation that allows them to move between marine and freshwater environments. As a result of this trait, brown trout were one of the first species to recolonise previously frozen freshwater areas from the sea at the end of the last Ice Age.

However, scientists believe we may have been too hasty in lumping all brown trout populations into one species – the consequence being that effective conservation and management is limited without knowing a species’ precise life cycle and habits.

Professor Paolo Prodohl, of the School of Biological Sciences at Queen’s University Belfast, who can now compare brown trout DNA he believes to be from distinct species against the reference genome, said: “The new brown trout reference genome is a game-changer for us – we’ll finally be able to settle the debate about how many species of brown trout there are. If you think in terms of conservation, if you're managing different species as one single species, it actually undermines what you’re trying to do. Because you cannot protect what you don't know exists.”

The brown trout reference genome will enable scientists to sample and decode DNA from different populations and compare to the whole genome sequence, providing the data required to answer questions of sub-speciation and to learn how particular genetic variations allow certain trout to live in habitats that would be fatal to others. Pinpointing genetic variations that allow Scottish loch trout to adapt to living in relatively acidic waters, for example, may be useful in guiding conservation efforts to protect populations affected by increasing acidity in rivers and oceans as a result of global heating.

Due to the genetic complexity and diversity of the brown trout, which has 38 to 40 chromosomes and multiple copies of those chromosomes within its genome*, specimens with only one set of chromosomes were specially bred by Norway’s Institute of Marine Research. Scientists at Wellcome Sanger Institute extracted DNA from these specimens and used PacBio SMRT Sequencing technology to generate the first, high-quality brown trout reference genome.

Principal scientist Tom Hansen, of the Institute of Marine Research, who bred the fish used in the genome sequencing, said: “Given the variability of brown trout in the wild, it was important that we could create a number of genetically identical individuals to build the reference genome. Now that we have the genome, we can begin to learn more about how trout adapt to different conditions, helping the management of wild and farmed fish stocks in future.”

The brown trout is one of the 25 UK species to have been sequenced as part of the Sanger Institute’s 25th anniversary 25 Genomes Project. The project includes species such as grey and red squirrels, golden eagle, blackberry and robin. The project has laid the groundwork for the ambitious Darwin Tree of Life Project, which will sequence all 60,000 complex species in the UK. 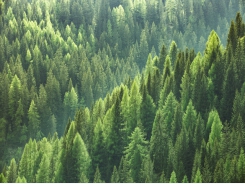 The fish feed that grows on trees 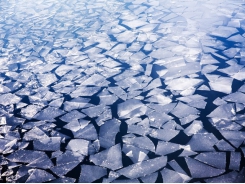 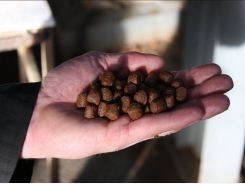 What’s salmon feed really made of?