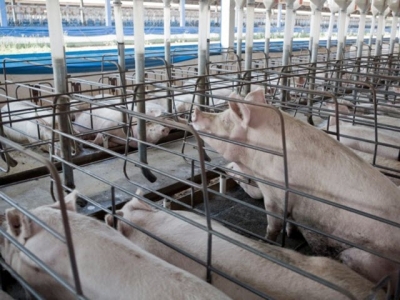 Growth performance, nutrient digestibility and carcass characteristics were superior when pigs were offered a cereal based diet compared to a by-product based diet containing 210 g/kg of rapeseed meal (RSM) and 350 g/kg of maize distillers dried grain with solubles (MDDGS) found the research, published in the Journal of Animal Science and Technology​.​​​

The researchers, based at the School of Agriculture and Food Science, in University College Dublin, Ireland, concluded that levels as high as 210 g/kg of RSM and 350 g/kg of MDDGS should not be used when combining both MDDGS and RSM in finisher pig diets.

Lead researcher, John O’Doherty, told FeedNavigator the team is now looking at the optimum inclusion level of combining both by-products in finisher pig diets. “We know how much to include of [each by-product] individually.”​

Complete dependence on wheat, barley, maize and SBM leaves very few options available for diet formulation when the price of these ingredients increase, therefore alternative sources of energy and protein such as MDDGS and RSM must be explored in order to keep pig production both competitive and sustainable, said the Irish researchers.

“In a review by Stein and Shurson (2009) there are various conflicting data with regard to the inclusion levels of MDDGS in grower-finisher pigs. Likewise for RSM, other studies have looked at the varying level of RSM in pig diets (McDonnell et al., 2010; Seneviratne et al., 2011) and have concluded with different results. This conflict is primarily triggered by the variation in nutrient composition and results in nutritionists being extremely cautious when it comes to including them in pig diets.”​

Inclusion rates of up to 300 g/kg of MDDGS have been offered to growing finishing pigs without affecting performance parameters, according to a study by Stein and Shurson, 2009; McDonnell et al., 2011), while the authors said McDonnell et al. (2010) reported that the inclusion of RSM at 210 g/kg in growing-finishing pig diets had no negative effect on ADG, ADFI or FCR, when formulated using NE and SID amino acids.

However, they said little data is available with regards to feeding both RSM and MDDGS at high inclusion levels to finisher pigs.

“To alleviate this problem, oils and fats are included in the diets to increase its energy density. These are commonly used as sources of energy in pig diets and are normally included in diets where high fiber by-products replace cereals. However, this might increase the cost of the diet.”​

The authors said MDDGS (350 g/kg) and RSM (210 g/kg) directly replaced barley and SBM in the diet with adjustments made for the amino acid profile.

Soy oil was used to increase the NE concentrations of the diet, they added.

The diets were formulated to have similar standardized ileal digestible lysine (8.5 g/kg) (Sauvant et al., 2004). All diets were milled on site in one batch and offered in meal form.

One hundred and sixty pigs (80 males, 80 females) with an initial live weight of 47.5 kg were assigned to one of the four dietary treatments.

The researchers saw that pigs offered the cereal based diet had a higher average daily gain (ADG), average daily feed intake (ADFI) and a poorer feed conversion ratio (FCR) compared to the by-product based diet. 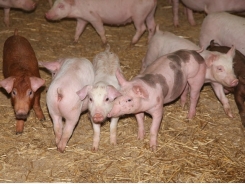 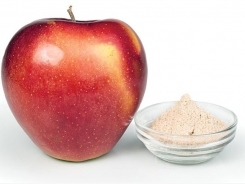 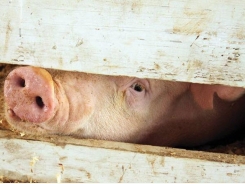