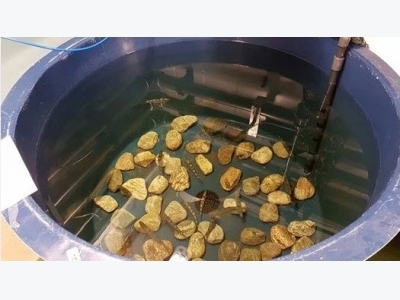 The preliminary results from a project which has been investigating how to use knowledge of fish welfare to improve conditions for fish used in experiments have raised some surprising welfare issues.

The researchers found that 2-dimensional enrichment was as effective as 3-D versions, such as these rocks. © Nofima

The two-year research project ENRICH Fish, which has been led by Nofima in cooperation with the Institute of Marine Research and Norecopa, has involved many attempts to map the conditions that affect Atlantic salmon placed in pens at various stages in their life-cycle, to help improve conditions for fish used in trials.

The conclusion is that fish that are placed in standard pens and used in testing for the development of feeds and vaccines fare relatively well. They develop as expected, based on their species in the wild.

The ENRICH project sought to answer questions relating to whether salmon can thrive better in pens, by looking at elements such as stocking density and environmental enrichment.

As Nofima's Chris Noble, who led the project, explains: “The experiments so far indicate that the welfare of the fish is seen to, and that the various attempts to vary their environment do not provide significant results. Because the project was relatively limited in scope, there are many things we might study further. Amongst other things, the requirement to limit the number of experimental animals seems to reduce animals’ welfare in some instances, and thus goes against its intended purpose.”

Growth, appetite and injuries on the fins and skin are used as welfare indicators for fish. Feed, water temperature and other factors that can affect life in the pen are also important for good growth conditions for fish in trials. During ENRICH Fish, testing was undertaken to enrich the environment of fish in trials, to see if this gives any insights into either the growth and habits of or ways to minimise external injuries to the fish. Amongst the tests carried out was a test giving the fish various opportunities to hide, both from the surface and from other fish in the pen. There was also a test furnishing the pens with stones and artificial seaweed to offer the fish more variation in their surroundings.

“The conclusion was that the fish used the furnishings, but as expected, cleaning became complicated with stones and seaweed in the pens. We predicted this, and we had therefore decorated some pens with pictures of stones and seaweed wrapped in plastic wrap and glued to the walls and floor. The two-dimensional pictures appeared to give the same benefits as the three-dimensional elements,” says Noble.

During the project, the research team also examined the influence of group size, as well as the number and density of fish in the pens. They further examined the meaning of pen size and how moving fish from one pen size to another affects the fish in experimental trials.

“Group size, with a lower limit, has meaning for how salmon perform in trials. It can thus be that social relations in the pens should be given more weight than group size. The results also show that fish that are moved to smaller pens than those they are used to have more problems fitting in within the new pen than when they are moved to a pen of the same or larger size, and that this should be taken into account when planning trials,” says Nilsson

Norecopa is a national platform established by Norwegian government authorities, which has worked since 2007 to spread information on alternatives to animal testing. Norecopa strives for consensus between parties interested in animal testing: administration, research and teaching, industry and animal protection.

Central to Norecopa’s work is the principle of the three Rs:

However, the ENRICH researchers emphasize a fourth R: relevance.

“In our context, reduction is not as relevant as the other aspects. If the fish are well, it does not matter that there are many of them. We therefore consider it relevant to instead optimise the number of fish in trials rather than to reduce that number. It is, for example, not certain that the fish experience the conditions as better if the number of fish is reduced. Some species, including salmon, become more aggressive when there are fewer of them in the group,” says Sæther.

“Results from experiments with very low fish density will rarely reflect what one finds in the practice of fish farming with higher densities, and one risks that the results are misleading or irrelevant. If one is using animals in research, the quality and relevance of the research must be high,” adds Nilsson.

The project has shown that there should be more conscientious approaches to the surroundings of fish used in trials, and that those with benefits can be standardised, both within and between experiments.

“This will mean that results will become more comparable, and the need to undertake trials will be reduced. For a single experiment, this might mean that one must use more fish, but as this will provide more reliable results, the overall effect will be that the total number of experimental animals used will be reduced,” says Sæther.

This way of thinking is understood by Adrian Smith at Norecopa.

“We have documentation on optimal confinement conditions for mice, rats and other traditional testing animals, but there is very little information to be found on fish used as experimental animals. What the researchers reveal in this project is therefore an important contribution to our knowledge. We always have focus on using as few animals in testing as possible, but in some instances, there may be a need for a known number of individuals so that the animals can thrive,” says Smith.

Dr Penny Hawkins, section head of the British animal welfare organisation the Royal Society for the Prevention of Cruelty to Animals (RSPCA), took part in the reference group of ENRICH Fish. She embraces the project and hopes that the research currently underway will result in welfare standards for farmed fish, cleaner fish and other types of fish in captivity.

“Thousands of Atlantic salmon are used in laboratories and many millions are used in aquaculture. I believe that it is important to find out what can be done to improve the lives of these animals, and this project is an important step in the right direction,” says Dr Hawkins.

She believes that the fact that about 25,000 different species are “squashed together” under the term “fish” must also be changed.

“We lack documentation on standards, and we lack good practices for animal welfare when it comes to fish. This project is about Atlantic salmon. That can mean a lot for this species, and it pushes us in the direction of giving fish in scientific trials the same prioritisation as the so-called higher species,” she argues.

I believe that it is important to find out what can be done to improve the lives of these animals, and this project is an important step in the right direction. 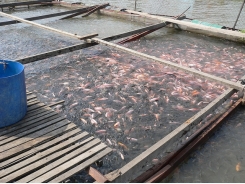 Fish for all? The fish-free fishmeal challenge 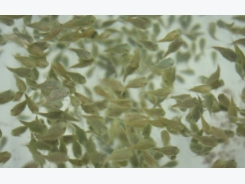 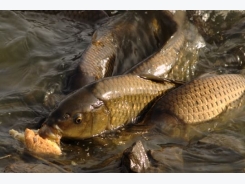