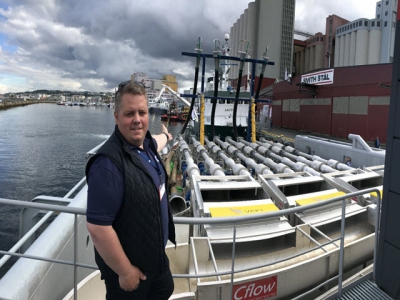 A Hydrolicer in Trondheim at AquaNor 2017. Photo: © Rob Fletcher

In recent years increasing numbers of mechanical louse removal systems have been deployed by the salmon sector – for example Hydrolicers, which involve subjecting the fish to turbulence in a water chamber to lift the lice with no need for chemicals. And this has inspired a new project, which shares a name with the device.

“We have progressed from having no idea about what fish are exposed to in terms of mechanical stress, to having access to a variety of measurements indicating the types of stresses involved,” Torfinn Solvang, a research scientist at SINTEF, who is also manager of the Hydrolicer project, told the Gemini newsletter.

Researchers discovered that the physical trauma incurred prior to delousing was probably more stressful than the process itself.

“The fish have to be moved from their cages into the delousing chamber using a pump system,” says Solvang. “In order to feed the salmon into the pump, they first have to be crowded together so that the system can move fish and not just water. This process can take an hour or more, while the actual delousing is completed in less than 30 seconds,” he explains.

The results have encouraged the researchers to start looking for even more data on the stresses that caged fish are exposed to during a variety of operations, not least delousing.

With all this in mind, cyberneticist and researcher Walter Caharija has been looking more closely into what happens to the fish during the delousing process.

Some of his results are now available as part of the Kvalisys project. This project aims to advance development of the sensor fish in order to obtain even more data linked to fish welfare.

The sensor fish is a cartridge-shaped object, about 50 cm long, containing electronic instruments and a small computer, designed to measure the responses of the fish around it.

“Think of a big tube through which the fish are pumped from the inlet of one cage to the outlet of another,” says Caharija. “The instruments in the sensor fish record temperature, pressure and acceleration and, not least, how the sensor responds to the time it spends in the pump system,” he explains.

Caharija, working together with the researchers from the Hydrolicer project, has developed an approach designed to reveal even more about fish welfare, and not least the links between how technology, mechanical stress and biological factors affect the fish.

For this reason, the sensor fish is equipped with a series of instruments to measure acceleration, water pressure, light conditions and temperature. It has a pressure-sensitive surface and is fitted with a GPS tracker.

Measurements made during the experiments are providing researchers with opportunities to further develop more sensitive delousing methods, which are highly sought after within the aquaculture sector, not least because fish welfare is now becoming increasingly more important at all stages of the value chain. This hasn’t always been the case.

“Ten years ago, and before that, there weren’t as many inspections. Today, however, fish welfare is one of the most important priorities in the fish farming sector,” says researcher Ulf Gøran Erikson.

Erikson emphasises that they have not assessed all delousing methods currently in use, and that the sensor fish cannot help to meet all the challenges linked to fish welfare.

“We’re talking about mechanical stress,” says Solvang. “The sensor fish can’t tell us anything about stress levels in fish – our electronics simply cannot measure this... at least not at the moment,” he smiles knowingly.

“The next step is to measure fish heart rhythms. Only then can we arrive at some conclusions about how fish really respond to the various delousing methods,” he concludes. 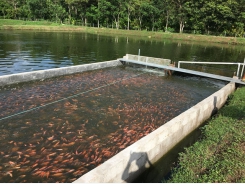 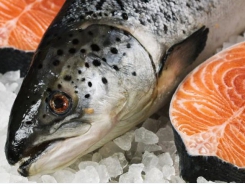 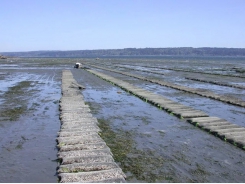