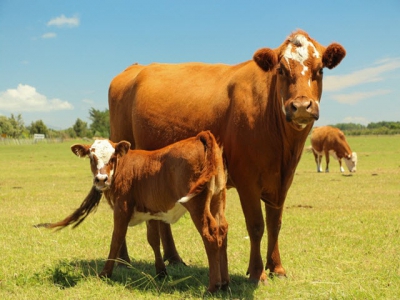 Limiting nutrition to pregnant cows, may mean long-term effects for calves and lead to ways to improve cattle nutrition in the future, say researchers.

A team of international researchers from the US and Brazil explored the role that maternal nutrition plays in beef cows during the late gestation periods. The group members published their work in the journal BMC Genomics​​.​

The researchers hypothesized that restricting the energy in maternal diets for the final 40 days of gestation would alter the expression of genes connected to muscle development and immune response for the offspring beef calves. The goals of the study were to identify the differently expressed genes (DEG) in the blood and muscle, assess the “biological relevance” of those genes and understand the relationships among the altered genes.

Analysis showed that the energy restriction altered genes connected to energy metabolism, muscle contraction, along with immunity and stress, they said.

“In the future, knowing what genes are mainly affected in the offspring by maternal nutrition during gestation might lead to developing ways to overcome this epigenetic change during postnatal life,” ​they told FeedNavigator. “For those in the industry chain who works with calf production, to know the impact of maternal nutrition on the offspring development will help them to decide what nutrition strategy must be applied depending on their scenario, as well as help them to better program the breeding season to minimize the effects of poor quality of feed sources during gestation.”​

Maternal nutrition is considered a major factor in the intra-uterine environment, the researchers said. An increased amount of nutrients is needed during late gestation, and if those requirements are not met there may be effects on the offspring including reduced post-natal growth, muscle fiber hypertrophy and poor performance.

The researchers added that the prenatal influence on the immune system may create changes that will influence an animal’s development throughout its life.

“Our research group has been developing studies based on the concept of Fetal Programming (Barker, 1997), in which we investigate how changes during the embryonic/fetal may affect postnatal performance in livestock, such as health, growth, efficiency, and more,” ​they told us. “In our case, we interested in manipulating the fetal development through maternal nutrition during gestation, aiming to provide the proper maternal environment for fetuses to express their potential during the postnatal phase.”​

Answers to those types of questions started with following which genes are turned off or on in the calf depending on how the dam was challenged during the pregnancy, they said.

The information gathered provides information for different members of the beef cattle supply chain, they said. “The knowledge generated will be helpful for those working with the development of biotechnology applied to livestock production,”​ they added.

Additionally, the inquiry provides more information for industry members breeding animals and working with beef genetics, as the information could provide more factors in the systems used to predict “genetic merit of the offspring,”​ said Duarte, Serão and Gionbelli.

In the nutrition trial, 30 pregnant cows were given one of two diets for the anticipated final 40 days of gestation, the researchers said. The diets included a control or complete diet (CTRL), and a diet with 70% of the daily recommended net energy requirement for maintenance (REST).

Post-calving, cow-calf pairs were moved to fescue pastures with access to water and a mineral mix, they said. All pairs were managed a single group until weaning at about 227 days, and from weaning calves experienced a 40-day preconditioning period, which included deworming and vaccinations.

Muscle samples were collected from 12 heifers and 12 steers at day 21 of the preconditioning period, they said. Blood samples were taken on day 0, 3, 6 and 15 of the period from 12 steers.

Both sets of samples were analyzed for differently expressed genes (DEG) in the skeletal muscle or blood of beef calves, they said.

There were more down-regulated genes for calves from cows getting the restricted diet in the muscle tissue, they said. Maternal energy restriction in late gestation may low expression of genes in calves’ muscle.

However, the researchers said, in the blood, there were more up-regulated genes in the calves from the REST cows. It appears that the restricted diet altered immune response by increasing genes related to immune response and stress processes and could be linked to a larger stress response in offspring, which could limit “muscle tissue and immune system development” in the offspring.

There were few surprises in the data generated, said Duarte, Serão and Gionbelli. “We did not have any expectations of what genes would be observed to be differentially expressed, we have hypothesized since the beginning that major changes in the expression of major genes would occur between animals born from dams with the different dietary strategies,”​ they added.

“This was the first study to investigate how maternal nutrition may impact the expression of genes associated with immune response when calves were challenged with vaccines,” ​they told us. “Moreover, we could see that there were many more genes being up-regulated in the energy-restricted group, which shows how limiting energy impairs the normal expression patterns on these animals.”​

However, the data did pose a question regarding how some of the differently expressed genes managed energy production, they said. The interaction demonstrated may help explain why some cows do not express meat marbled at the level expected because they have been programmed to use fatty acids as a substrate to generate energy rather than carbohydrates and could have a more challenging time accumulating the fat needed for marbling.

Additionally, although many of the results from the altered gene expression in the calves from cows on the restricted diet appeared negative, the main goal of the larger project is to understand what can be done to improve results, said Duarte, Serão and Gionbelli. “We aimed to understand the impact of maternal nutrition on offspring development to create new knowledge that would allow beef farmers to decide the better nutritional strategy that fits their reality and/or the environmental scenario where they are inserted in,” ​they added.

The study emphasizes the role of proper nutrition for the development of offspring, they said.

“We have been investigating the effects of several supplementation strategies of the pregnant dam during gestation on the offspring development,” ​they told us. “We believe that in a near future, we will be able to recommend or develop several products together with the feed industry that will be easily applied by beef cattle farmers aiming to improve the performance of the offspring by manipulating maternal nutrition during gestation.”​

Looking forward, the research team is working on a series of experiments to explore two strategies of protein supplementation in maternal diets and the influence on skeletal muscle development in the calves, they said. “We will be able to know how and when protein supplementation must be applied to pregnant dams to improve the performance of the offspring,”​ they added.

“We will be able to reveal biological pathways in the skeletal muscle that are changed depending on when the dams were feed restricted,” ​they said. “This will allow in the future to better decisions of what nutritional strategy the producer must take into consideration during the gestational period aiming to improve the performance and immune system of their herd.”​ 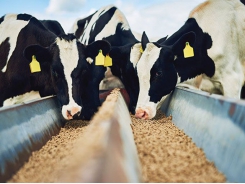 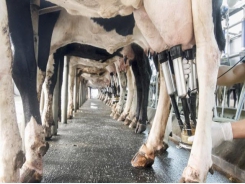 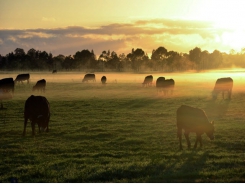