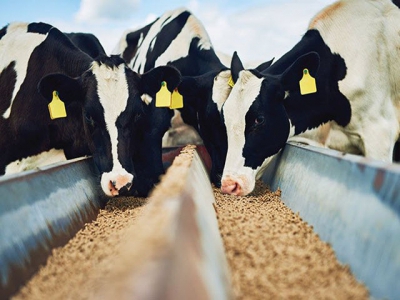 Examination of the attributes of botanicals and their effect on rumen, fermentation and metabolism

Ruminants are not renowned for being the most efficient food-producing animals when it comes to converting feed into edible products. Ruminant nutritionists are continually looking for potential additives to improve feed conversion efficiency and, ultimately, performance.

The rumen is a dynamic and adaptive environment that directly drives feed conversion efficiency and dietary-derived nutrients available for the host animal. Many additives have been investigated, including pro- and prebiotics, as well as plant extracts. Secondary plant metabolites, such as tannins, saponins and essential oils, have been the focus of many studies and have been found to possess anti-methanogenic and antimicrobial activity. Despite numerous studies on essential oils (EO) and their use as additives in ruminant diets, little is really understood about their definitive mode(s) of action or their effects on the rumen environment.

This article examines and analyses the available research and offers tips for utilizing essential oils in ruminant diets.

Plants produce a range of secondary metabolites, including tannins, saponins and EO, that provide protection from both biological and non-biological stressors, which have been shown to have effects on rumen methanogens, protozoa and other rumen microbes.

Essential oils are particularly known for their antioxidant and broad, non-specific antiseptic and antimicrobial properties. They are volatile lipophilic compounds, the majority of which can be classified into two major categories: terpenes and phenylpropenes. The two classes are synthesized via separate pathways.

Terpenes are the most abundant, deriving from mevalonate and deoxyxylulose pathways, and are formed from a five-carbon isoprene unit. They are then further classified according to how many of these isoprene units make up the individual EO. Monoterpenes (C10) and sesquiterpenes (C15) are likely the most important biologically.

Phenylpropenes are phenolic compounds derived from phenylalanine and formed via the shikimate pathway that is only active in plants and microbes. They are comprised of a six-carbon benzene ring with a three-carbon side chain. Essential oils from garlic, for example, are somewhat different. Garlic is rich in sulphur-containing compounds that, on cutting or crushing, result in the formation of thiosulphinates, such as allicin. During extraction, the allicin degrades to form fat-soluble organo-sulphur compounds, including diallyl disulphide.

Essential oils are produced in special cells throughout the plant and the composition of EO from individual plants is highly variable and affected by stage of growth, species, growing conditions, plant part, geography and harvesting conditions.

The method of extraction will also affect the efficacy of the resultant EO sample. Additionally, there is further variation in efficacy and potential toxicity of EO between plant chemotypes, i.e. plants that look the same, but differ chemically. For example, in the same plant species, carvacrol as a percentage of total EO can vary from 0.5 to 76 percent. Essential oils have been studied from many plants, including, but not limited to, cinnamon, thyme, clove, oregano, rosemary, peppermint, anise and garlic. Each EO mixture from these plants will be made up of two to three dominant individual EO, together with other EO at more minor concentrations. Often, the major EO in a plant will be either terpenes or phenylpropenes. For example, cloves consistent of mainly terpene EO.

Although the exact mode of action for essential oils is not clearly understood, most EO have broad, nonspecific antiseptic and antimicrobial effects. As they are lipophilic, they can interact with the membrane lipids of bacteria, especially gram-positive bacteria that lack the protective outer membrane, altering cell permeability, causing ion leakage and cell lysis.

Some EO can also interfere with enzymic reactions leading to the inability to utilize glucose and produce ATP. Ion leakage results in inability to maintain ion concentration gradients, which further impact cell viability. Cytoplasmic coagulation may also occur. Although gram-positive bacteria have a greater susceptibility, some EO are able to disrupt the protective outer layer on gram-negative bacteria rendering the cytoplasmic membrane more susceptible to the effects above. Thus, gram-negative and gram-positive bacteria are inhibited by EO. This anti-microbial action appears more potent for EO with oxygen (phenolics) or sulphur (sulphides) in their structure.

Essential oils are known to have antimicrobial effects against a variety of bacteria, including Staphylococcus aureus, Clostridia, Campylobacter, E. coli and Salmonella; however, there is limited data on the minimum inhibitory concentration (MIC) of EO in complex microbial ecosystems, such as the rumen.

Differing responses and magnitudes of response have been seen when comparing individual EO, mixtures of EO and/or the parent plant or plant organ. It is possible that there are synergistic, additive or even antagonistic effects when EO are present in combination. Additionally, there may be other compounds, present in minor concentrations, that also contribute to the overall effects seen.

Essential oils, due to their antibiotic nature, are known to affect rumen fermentation. The majority of studies with EO have been in vitro and there is a scarcity in the literature of in vivo trials. Thus, the responses reported may not be replicated in the animal on a practical level.

Most EO are reported to reduce organic matter digestibility and shift fermentation end products from acetate to propionate. One in vivo study reported an increase in propionate without a reduction in acetate or total VFA output. However, much of the literature doesn’t really support this. When comparing a large number of studies, both in vitro and in vivo, a study noted inconsistent effects on feed digestibility and volatile fatty acid (VFA) production. Around 40 percent of in vitro results, where a difference was detected in acetate production, showed an increase at the expense of propionate. Out of 11 in vivo studies, only two showed a difference in acetate production — one increased, one decreased. Additionally, only two studies showed differences in propionate, where production increased in both cases.

The vast majority of both in vitro and in vivo studies demonstrate a reduction in total VFAs produced with dietary inclusion of EO. Response varies with type of EO, dose, as well as the background diet or substrate used. This last point is an interesting one as it appears that pH has an impact on the effects of EO on rumen fermentation profiles. At a low pH (5.5), fermentation appeared to shift toward acetate production with no concomitant reduction in total VFAs.

Another study noted an unfavorable shift in fermentation pattern at pH >6.5. Thus, EO effects on fermentation may be undesirable unless the rumen is experiencing acidosis.

The effects of EO on protein metabolism within the rumen have been researched, though the mechanisms underlying those effects are not fully elucidated. In general, a reduction in protein degradation by bacterial peptidases, as well as a direct inhibition of some microbes has been demonstrated.

Many microbes are able to depolymerize feed proteins and peptides; the resultant amino acids are then deaminated into VFAs and ammonia. This rumen ammonia (as ammonium, NH4+) can then be utilized by microbes to generate microbial protein, the most cost-effective nitrogen source for the cow. Rate and extent of protein degradation will depend on the dietary protein source, as well as conditions in the rumen. However, capture of ammonia by rumen microbes only represents a small proportion of the ammonia produced by degradation of feed protein.

A significant proportion of rumen ammonia is generated by gram-positive, hyper ammonia-producing (HAP) bacteria. These bacteria contribute to the inefficiency of nitrogen metabolism within the rumen as, despite having a high capacity for ammonia generation, they have a relatively low capacity to utilize carbohydrates. Some EO have a selective effect on these HAP bacteria, resulting in reduction rumen ammonia levels. Many in vitro studies have demonstrated a reduction in ammonia with various EO, others have found no effect, and some have found increased ammonia concentrations depending on the type and levels of EO studied, as well as substrate and method of evaluation used.

One in vitro study noted a variety of EO, including those from dill, oregano and cinnamon, reduced concentrations of ammonia together with methane and feed digestibility. Yet, in an in vivo study, rumen ammonia concentrations increased. Again, this highlights the impact of variation in type and dose of EO, as well as the method of evaluation on response to dietary inclusion.

It has been suggested that EO may impact colonization of feed particles resulting in the reduction of starch degradation, as well as protein degradation. This may have implications for availability of fermentable carbohydrates to rumen microbes and more research is required in this area.

The apparent ability of some EO to reduce enteric methane production has been widely studied and is of increasing focus given the challenge of reducing ruminant livestock’s contribution to greenhouse gas (GHG) emissions.

As with other parameters, methane responses to EO have been variable. In general, high doses of EO have elicited reductions in methane. However, it is generally accompanied by a reduction in feed digestibility and total VFAs. This situation is clearly not practical at the farm level. Additionally, when methane emission is then determined per unit of output/product, the outcome is not favorable.

Certain EO appear to directly inhibit the methanogenic archaea resident within the rumen, while others appear to bring about their response via inhibition of metabolic processes that generate methane. Those EO that have shown the most consistent results in vitro are thymol, carvacrol, cinnamaldehyde and allicin. For EO to be an effective option for methane mitigation, types and doses need to be found that reduce methane but do not have a negative effect on fermentation. As the majority of experiments looking to reduce enteric methane production are in vitro, there is little in vivo data available. Thus, studies in this area are inherently short term.

One in vivo study aimed to evaluate the use of EO to reduce methane production over a longer period. Essential oils were fed to dairy cows over a period of 10 weeks, straight or rotated on a two-week basis. A transient decrease in methane output was shown and highlights the potential issue of adaptation that short-term studies may not pick up.

Despite many research papers on the use of EO in ruminant livestock, little is known in terms of type, dose and possible combinations of EO on a practical scale. While EO are certainly promising in terms of improving efficiency, these limitations exist:

Specifications: Specific EO and effective doses in vivo need to be determined, e.g. reducing methane, but not at the expense of fermentation parameters.

Longer-term studies: The adaptation ability of individual microbes, as well as the microbiome needs to be better understood. Also, the effect of EO with varying background diets and the potential issue of pH.

Toxicity: It is accepted, without much supporting literature, that EO pose no toxicity risk – this needs to be confirmed.

Transfer: No clear understanding of transfer into products, such as meat and milk.

Consistency: Huge variation in quantity and quality of EO within preparations.

Essential oils are secondary metabolites produced by plants, which have been shown to have effects on rumen methanogens, protozoa and other rumen microbes. To this end, they are of interest as additives that improve rumen efficiency and reduce the ruminant’s contribution to GHG. Responses include positive and negative effects on rumen VFA production, protein degradation and methane production. However, these effects have been highly variable, both in vitro and in vivo. More research is required to fully understand the mechanisms by which individual EO elicit their response and to evaluate appropriate doses at farm level.

Dr. Helen Warren, owner of HW Consulting, achieved her Ph.D. from Bristol University. After working in academia, she worked for a global animal health company. She is currently chair of the British Society of Animal Science Industry Association, a registered animal scientist and certified Cow Signals trainer. 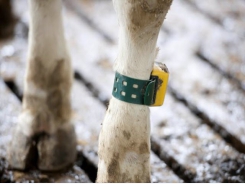 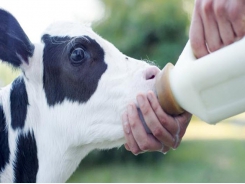 Is there a benefit in feeding pasteurized milk to calves? 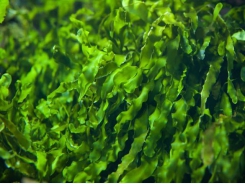