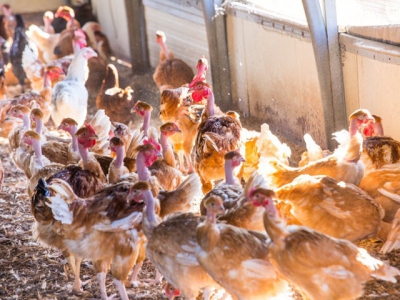 Applying a precision feeding system to broiler breeder flocks or poultry production limits greenhouse gas emissions and may provide producers a way to reduce feed use while providing each bird individualized nutrition.

A team of researchers in Canada developed a novel feeding station​​ system to provide individualized nutrition to birds based on their weight and reduce the variation among birds in a breeding flock.

One of the challenges that managers working with broiler breeders face is variation within the flock, said Martin Zuidhof, associate professor and academic leader of the Poultry Research Center, University of Alberta. The group developed prototype feeders for use with broiler breeder flocks.

So the aim of the technology is to perfect flock uniformity.

“Every year there’s a bigger issue trying to manage feeding programs so that you get similar intakes in broiler breeders,” ​he told Feed Navigator.

“It’s only pilot work looking at what happens if we actually increase the target body weight and what is an optimal target body weight in broiler breeders,” ​Zuidhof said. “That’s the main new direction that I’m heading in now.”​

Precision nutrition remains important for the future of the industry, said Zuidhof. “If you provide the right nutrients, to the right bird, at the right time – you can reduce the nitrogen and phosphorous excretion and reduce greenhouse gas emissions – so from an environmental perspective it makes a lot of sense,”​ he added.

Broiler breeders are raised with restricted or limited feed access because if birds become too large or fat they stop laying well and have poor quality chicks, he said. “Feed restriction programs were developed and that worked really well, and that worked so well that they didn’t change things,”​ he added.

“The industry hasn’t really [changed] the target bodyweights for broiler breeders much at all since the 1970s, but, in that time, the broiler has more than doubled its growth potential,”​ he said.

Broilers gain weight more efficiently and have higher final body weights then they did previously, so the degree of feed restriction has had to increase because the target weight for broiler breeders has not changed.

“That’s been a successful strategy until now,”​ he added.

In the US, some producers feed using a “skip-a-day”​ program in an attempt to balance bird weight, Zuidhof said. Rather than feeding birds every day, twice the amount of feed is provided every second day.

“That way the biggest birds reach their fill or slow down their feed intake allowing the smaller birds to have better access to feed,” ​he said. “But the bottom line is that the resource is very limiting – feed provisions are far less than what their appetite is and every year there’s more competition, and the big birds get bigger and the small birds get outcompeted.”​

The practice has been banned in the EU, he added.

When birds are fed once a day they put on more fat and have to spend energy to both store and later use those nutrients, he said. “So, from a breeder perceptive, we see 3% to 5% improvement in feed efficiency,”​ he added.

The feeding system developed provides birds a small amount of feed several times a day, said Zuidhof. The technology is similar to the feed lines and feed pans used now, where a feeding station replaces the feed line.

“Each feeding station feeds more than a feeder, so you need less feeder stations than you need feed pans, [but] they’re bigger, so it’s a bit of a wash in terms of the floor space needed,”​ he said. Each feed station can manage about 50 to 100 birds.

Birds are trained to use the system when chicks are placed in the facility, he said. It takes about seven to 10 days to get them used to the feeding stations.

“You can choose the target bodyweight that you want the birds to be,” ​Zuidhof said. “You tell the system what the hatch date was so it can figure out how old they are and how heavy they need to be at any point and, once the birds are trained to use the system, it cycles through and evaluates every bird according to its body weight … kicking out the ones that are at the target body weight and feeding the ones that are below it.”​

However, the project faced challenges from raising birds that were extremely lean and had a delayed onset of laying – which led to the ongoing work potentially revising target weights for broiler breeder hens, he said. “Surprises are great in research because they really make you think, and it took a lot of thinking to figure out what was going on,”​ he added.

The pilot projects looking at increasing the target weights for broiler breeders are in the analysis period, said Zuidhof. “We’re trying to develop the story and doing a little bit of lab work trying to understand what’s going on in terms of gene expression and hormone levels,”​ he added.

In a feeding trial with laying hens that compared ad libitum feeding to use of the precision system, feed intake was reduced by 15%, he said.

Of the environmental effects established, the reduction in phosphorus and nitrogen emissions are the most important, he said.

The group also is running a precision feeding trial with broilers, but that has yet to concluded, Zuidhof said. “We’re looking at different ways to alter feed intake for broilers at strategic times to try to improve their feed efficiency as well,”​ he added.

“There is a lot of work that we’re doing around reducing feed intake and still getting the chicken products,”​ he said.

There is interest in using the precision feeding system to manage grandparent flocks and, for raising male broiler breeders, he said. There was an increase in bird fertility when male birds were at the target bodyweight.

Work toward commercialization of the feeding system is ongoing, he said. “We’re talking to companies about licensing the technology or buying the intellectual property, but we’re just in the negotiation stage.” 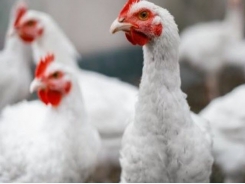 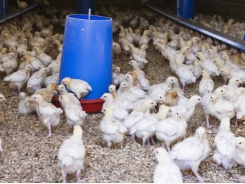 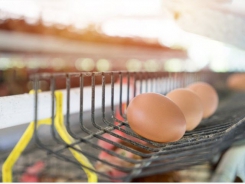