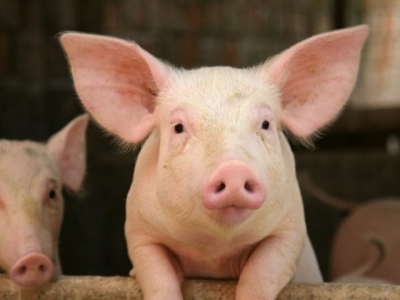 A team of researchers from industry and the University of Illinois has been exploring the role that additive copper hydroxychloride (Cu) plays in energy digestibility in young pigs, said Scott Fry, director of technical sales support at Micronutrients.

The study was funded in part by Micronutrients Inc. and Agrispecialists Inc.

“With copper, there is a lot there that we don’t know – to go back in the literature there are things that have been elucidated from a gut level perspective or more systemic in circulation,”​ he told FeedNavigator. “It’s a complex system there of what could be going on and why we see the response that we do.”​

The project, in part, looked at trying to explain why there could be the performance changes seen when additional copper is included in swine diets, he said. The look started at the gut level with a focus on nutrient and energy digestibility.

"The objective of this work was to test the hypothesis that Cu hydroxychloride increases growth performance and the apparent total tract digestibility (ATTD) of GE [gross energy], ash, and acid hydrolyzed ether extract (AEE) and reduces the incidence of diarrhea in pigs fed a corn-SBM diet,”​ they added.

The study also was attempting to determine what range of improvement in energy digestibility can be found when Cu hydroxychloride feed additives are used at different levels in the diets of weaned pigs, said Fry. The range also needs to be established in a series of trials.

“In conclusion, supplementation of Cu as Cu hydroxychloride to diets fed to weanling pigs improved growth performance and reduced diarrhea frequency, but this did not appear to be a result of increased digestibility of energy or AEE [acid hydrolyzed ether extract],”​ they said.

“We had some data a few years ago – showing fat digestibility compared to copper sulfate and a nutritional level of copper in a control diet, and we wanted to build on that,”​ he said. “Obviously, there is an outcome being measured from a performance side we wanted to expand on that.”​

“We’ve showed the performance differences from the source as well – now we’re focused on Intellibond C and on digestibility,”​ he added.

The results of the feeding trial are most applicable for feed manufacturers and users in areas where there has not been a restriction on the levels of copper additive that can be used in a feed, he said.

“The levels that we’re focusing on, this is really going to apply in those regions where there is not a restriction on the amount of copper that can be added,” ​he said. “It’s really understanding what are your limits in that geography.”​

In the first feeding trial, 80 weaned pigs were given one of two diets for four weeks, said the researchers. The soybean meal-corn-based diets included a control with the nutritionally needed amount of copper (Cu) and a diet supplemented with 150mg Cu (copper hydroxychloride).

The supplemented diet had improved gain, G:F and final body weight along with better fecal scores, they said.

In the second trial, 36 pigs were given one of three diets – a control with 20 mg Cu/kg and diets with either 100 or 200mg Cu/kg – for a period of 28 days, they said. Fecal matter and urine were collected and examined.

However, no dietary influence was found for the digestible energy (DE) or metabolizable energy (ME) of diets or for the apparent total tract digestibility (ATTD) of energy or AEE, they said.

“It is concluded that the improved growth performance of pigs allowed ad libitum access to feed that was observed in the present experiments as a result of inclusion of Cu hydroxychloride in the diets is likely not a result of increased digestibility of energy or AEE,”​ the researchers said. “It is therefore likely that Cu influences other intestinal parameters such as the microbiome in the hindgut, but more research is needed to confirm this hypothesis.”​

In the third feeding trial, 150 pigs were given the same diets from the second trial for a four-week period, they said. Fecal scores were noted and blood samples were collected to check for tumor necrosis factor (TNF-a), IgA, blood urea nitrogen, total protein and albumin.

Pigs on the supplemented diets had improved weight gain, G:F and final body weight the other factors examined were similar for all pigs, they said.

More work is needed to determine the mode of action involved when Cu hydroxychloride is added to weanling pig diets, the researchers said.

“Since this work was completed we’ve followed it up with another series of experiments,” ​he said.  “We’re conducting follow up work with Dr Stein and his group – this is something that we’re continuing to dig into.”​ 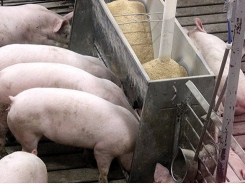 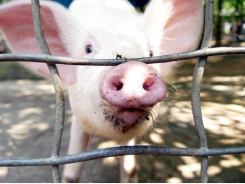 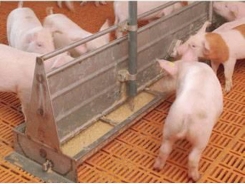