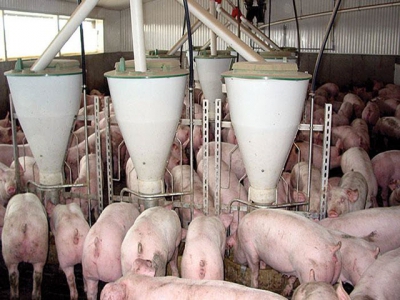 Underestimating the importance of methionine in swine nutrition can have a huge economic impact; DL-HMTBA has extra benefits for pigs in all growth phases.

After lysine and threonine, total sulfur amino acids (TSAA) are the third limiting amino acids in a pig’s diet. Though it is clear for poultry nutritionists that methionine supplementation is indispensable, there is still a need to clarify its importance in swine — particularly during the growing-finishing period.

Methionine has been shown to play a role in pigs beyond protein synthesis.

In these latter phases, TSAA requirement is generally met through feedstuffs. However, depending on the feed ingredient, its origin or price, supplementary methionine may be needed to meet requirements. These few hundred grams per ton of feed are sometimes neglected, resulting in a marginal deficiency, which may impact economic results. This demonstrates that methionine should be valued for its importance in animal growth. Additional research has shown beneficial effects of certain methionine sources during lactation and in the post-weaning period.

TSAA requirements are determined based on their ratio to lysine (60 percent on average) and are assumed to be constant regardless of the animal’s age. Six-week old piglets were fed diets containing either the required level of TSAA or 30 percent deficient for 10 days. Daily weight gain was 83 g lower, and gain to feed was significantly reduced in piglets fed a methionine deficient diet. A similar study was performed in growing pigs with a 16 percent deficient diet. After 17 weeks of feeding a TSAA deficient diet to pigs, their final body weight was reduced by 12 kg and the loin muscle weight was 25 percent lower.

Daily weight gain and gain to feed were significantly reduced when piglets were fed a diet 30 percent deficient in TSAAs (TSAA-) compared to one containing the recommended level (TSAA+).

The portal vein carries blood from the digestive tract to the liver, and the presence of amino acids is used as an indicator of their intestinal absorption and metabolism. A study performed on catheterized piglets showed that the net portal appearance of methionine is similar between DL-Met and DL-HMTBA, demonstrating they are equivalent as L-methionine precursors. Thus, no differences in pig performance were observed between sources.

The fraction of L-Met extracted by the intestine in its first pass is similar between DL-HMTBA and DL-Met diets.

Methionine has been shown to play biological roles beyond protein synthesis through conversion into other sulfur compounds such as glutathione and taurine. One area of investigation is its role within the gut itself, and it is here that differences between sources are observed. Gut blood flow rate is important for nutrient absorption and increasing amino acid net portal appearance.

Data suggests that DL-HMTBA may up-regulate portal blood flow and net portal absorption of amino acids due to the increased portal appearance of essential amino acids. This results in an improved utilization by pigs fed a corn-soybean diet supplemented with DL-HMTBA. The apparent ileal digestibility of crude protein, arginine, isoleucine and threonine was significantly greater than those fed a control diet or one supplemented with DL-Met. This effect might be linked to increased portal plasma flow.

Trials have shown that fat and lactose levels in milk were increased when sows were fed 25 percent higher levels of TSAA diets supplied by DL-HMTBA. This higher level of supplementation, comparative to NRC recommendations, has a positive impact on the amino acid concentration of sows’ milk by significantly increasing taurine and cysteine. Conversely, compared to control, the milk of sows fed the same increased level of DL-Met had lower concentrations of lysine and histidine. The effect of increased doses of DL-HMTBA was improved milk quality, resulting in increased piglet weight gain during the two first weeks of lactation. The highest body weight was observed with DL-HMTBA; piglets were 700 g heavier compared to control at 14 days of age.

During the post-weaning period, piglets were fed a control diet adequate in TSAA and diets supplemented with either DL-Met or DL-HMTBA, 25 percent above the NRC recommendation for TSAA. Piglets in the DL-HMTBA group were 900 g heavier than the DL-Met group. Growth retardation and intestinal dysfunction are commonly seen at weaning and are more pronounced if carried out early. This is associated with oxidative stress, on which DL-HMTBA was shown to have a positive effect. Interestingly, feeding higher levels of methionine as DL-HMTBA to both sows and piglets resulted in relatively higher plasma glutathione peroxidase. Greater villus height, villus height/crypt depth ratio and number of goblet cells were also observed in piglets fed with the DL-HMTBA supplemented diet.

Providing adequate methionine levels improves the performance of pigs in all rearing phases. The bioequivalence of DL-Met and DL-HMTBA to sustain growth has been thoroughly demonstrated. However, DL-HMTBA shows additional benefits, in particular its highly efficient absorption and positive effect on portal plasma flow. The improved digestion of protein and amino acids results in better growth and efficiency. Maternal supplementation of methionine as DL-HMTBA above requirements has been shown to benefit early growth of neonatal piglets. In addition, supplementation above requirements after weaning strengthens the ability of piglets to cope with oxidative stress. Together, these studies give new insights into the importance of methionine in swine nutrition and offer the opportunity to benefit from of DL-HMTBA as an organic acid. 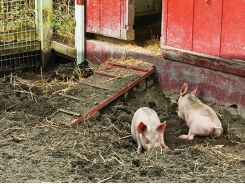 How to treat iron deficiency in neonatal pigs 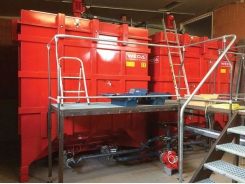 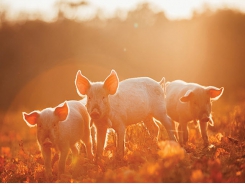 How to minimize sow stress, aggression in group…