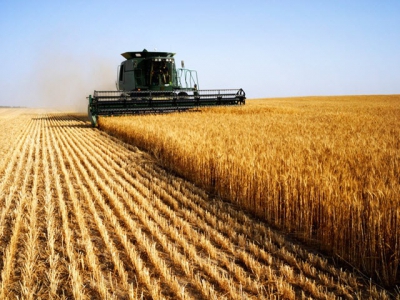 A new variety of hybrid rye may provide a less expensive alternative to wheat use in swine growing and finishing diets in Canada as it supports growth performance, says researcher.

The development of a new type of hybrid rye and its production in Alberta, Canada led to the examination of the grain’s use in swine diets, said Miranda Smit, corresponding researcher and livestock research extension coordinator with Alberta Agriculture and Forestry. The new hybrid is starting to be grown in the region.

“We like to do research on locally grown ingredients,” ​she told FeedNavigator.

“Most people [in the area] grow canola or wheat and barley,” she said. “Quite often they grow canola and then wheat or barley – we’re starting to see issues with diseases in canola, so we need to go to a three year-rotation.”​

Adding rye into the cycle could provide an alternative to planting a crop like wheat or barley and extend the production season as the crop is planted in the fall, she said. “There’s some rye grown in Canada but it’s not a main crop at all,” ​she added.

In the 1,008-pig feeding trial, the grain was used as a partial or complete replacement for wheat in the ration of a growing and finishing pig, according to project information​​.

Bodyweights declined slightly as more rye was included and pigs on the all rye diet tended to eat less, but bodyweights were similar regardless of enzyme inclusion, according to project information. Carcass factors were also similar for pigs on all trial diets.

Overall, the feeding trial showed that hybrid rye can completely replace wheat in feed for grow out pigs and maintain feed efficiency, feed cost per kg of body weight gain or feed cost per hog the researchers said in their project report. However, and NSP enzyme was suggested for use in diets with a high rye inclusion level.

The hybrid rye variety was developed to provide a higher yield and reduce the opportunity for ergot contamination, said Smit. The strain was developed by KWS Lochow GMBH.

“Standard rye does have quite a bit of ergot contamination in it,”​ she said. The grain is not often used in swine rations because ergot reduces swine growth performance, she added.

“The new varieties are pollen plus,”​ she said. The plant generates more pollen, which can inhibit infection from mold spores, and the plant avoids the chance for some contamination by flowering earlier in the growing season, she added.

In the feeding trial, 1,008 pigs received one of six diets starting when they reached about 44kg in body weight (BW) until pigs reached slaughter weight or about 76 days, according to project information.

The diets used included three different levels of rye replacing the use of soft wheat at one-third, two-thirds or all rye, according to project information. All diets also were generated with or without 200mg per kg of a commercially available NSP enzyme.

Pigs were weighed every two weeks and the amount of feed given and remaining was recorded, according to project information. Following harvest, pigs were checked for warm weight, backfat depth, loin depth and estimated yield and index.

The income over feed cost was calculated along with the lean pork production by unit of land.

Results and implications for producers​

“The main takeaway – especially if you grow your own pigs – [is] rye is a no brainer,” ​said Smit. “Because of the higher yield, it makes a lot of sense and then [you can] feed it to your own pigs.”​

“It’s an environmental sustainability thing as well,” ​she added. “If you can get the same amount of lean pork with the less input, less land, less everything that makes a lot of sense.”​

Overall, feed intake was similar, though declined slightly for pigs on the all rye diet, according to project information. In terms of feed intake, no differences were found between diets based on enzyme inclusion.

Weight gain for the entire trial was slightly lower for pigs on the all rye diet, however, feed efficiency was similar across diets, according to project information. The inclusion of the enzyme in diets tended to increase average daily gain, and swine on the 100% rye diet with the enzyme saw improved feed efficiency.

Following slaughter, carcass traits were similar for pigs on all three diets and did not vary based on enzyme inclusion, according to project information.

There were some alterations that had to be made to the swine ration that only included rye because the grain has a lower net energy value than wheat, said Smit. The diet on a per ton basis was slightly more expensive because researchers added canola oil.

However, when the diets were assessed for feed cost by body weight gain there was not a significant cost difference, she said.

One interesting element of using the hybrid rye is that it is high yielding, so a larger crop can be grown without adding more production space, Smit said. “You can feed more pigs on the same amount of land,” ​she added.

“If you have a producer growing their own feed, for their pigs, they need less land to feed the same number of pigs,” ​she said. 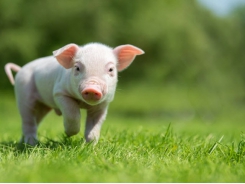 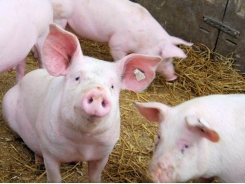 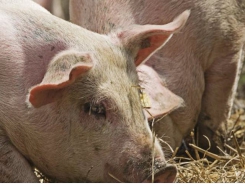