How to use medium-chain fatty acids in pig diets 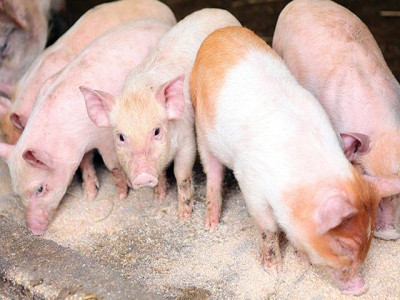 During weaning — and shortly after — a lot of changes occur, including diet, environment and social grouping, which are known stressors that affect animal performance. Post-weaning growth retardation is a common phenomenon in pigs and one that is more pronounced if weaning is carried out early. The reasons for this are linked to lower feed intake and poor gut health. The development of the gut in young piglets and its maintenance throughout a pig's life are key to their health and performance.

Medium-chain fatty acids (MCFA) are natural products, which have been used in animal nutrition for some time. Research has shown that they have antibacterial activity, as well as playing a role in gut development and the immune system. Given the pressure to reduce the use of antibiotics in agriculture, interest in MCFA has grown.

So what do nutritionists need to know in terms of how, why and when to consider including them in pig diets?

What are medium-chain fatty acids?

MCFAs are fatty acids with aliphatic tails of six to 12 carbons, which can form medium-chain triglycerides (MCTs). They include the unbranched fatty acids: caproic acid (6), caprylic acid (8), capric acid (10) and lauric acid (12).

Commercially, MCFAs are extracted from coconut and palm oil. Goat’s milk is naturally high in the smallest three MCFAs, while sow's milk contains a significant amount of the largest.

In terms of digestion, MCFAs passively diffuse from the gastrointestinal tract into the portal system, without the need to be modified — unlike long-chain fatty acids.

How do MCFAs work?

MCFAs influence the intestinal environment and, in this way, they have been shown to affect the gut microflora (microbiome). Microbiologists have discovered that they have a direct antimicrobial affect on gram-positive and gram-negative bacteria.

They will also provide the gut with some energy, and improvements in intestinal morphology, including villi height, have been observed.

MCFAs are an energy source for beneficial bacteria, therefore creating a gut environment that discourages the proliferation of pathogens. They also have anti-viral properties, being particularly effective against membrane viruses.

Other research has found that they may be able to reduce the virulence of certain pathogens. This may be due to an indirect immune effect or their ability to reduce viral shedding. These findings have led to their application in specific disease states, e.g. post-weaning multisystemic wasting syndrome (PMWS).

Blends of MCFAs are sold as feed additives to be included in a variety of production animal species. Products may also include short-chain fatty acids (SCFA), such as butyric acid, propionic and formic. There is a synergy between these organic acids and MFCAs, for which a greater-than-additive effect has been observed.

SCFAs acidify the gut and interrupt the bacterial wall, allowing MCFAs inside. They change the pH and cause the cell to burst. They also inhibit the production of lipase, an enzyme that bacteria require to attach to the gut wall.

MCFAs can be presented in the triglyceride form, but this requires lipase in order for them to have the desired effects. As salts, there can be palatability issues and aromas may be added to try and overcome this. They can be encapsulated to protect them as they pass through the duodenum and are released in the ileum and large intestine.

Other products are described as stable, but activated.

“By delivering MCFAs in this way means they are ready to act as soon as they are needed,” said Dr. Suzanne Petersen, senior business development manager with PMI Nutritional Additives. “Other catalysts, such as enzymes, aren’t required for them to work.”

In the neonatal pig, a high level of MCFAs is recommended due to it being the time of greatest challenge. Piglets’ immune systems are still developing and they are coming into contact with a wide variety of microbial challenges.

The benefits of MCFAs in weaning pigs have been demonstrated in terms of better growth and feed conversion. This effect is particularly pronounced in times of challenge and fewer incidences of diarrhea have been reported. Studies have also shown that MCFAs can improve the digestion of protein and fiber in piglets.

Stresses during early grower phases may have a negative impact on pig performance. Diet changes, pig movement and re-established social orders may result in reduced feed intake and poorer gut health. By supporting gut health during these periods, MCFAs are included with the aim of optimizing pig performance.

There is also potential application in the late finishing period, when increased intake and feeder competition can cause stress. In terms of the sow, supporting her immunity and gut health can only be of benefit to her offspring and longevity in the herd.

MCFAs are one of the strategies being employed by producers wishing to reduce or remove antibiotics from their production.

“While there is no direct replacement for antibiotics, they are a useful tool, particularly post-weaning,” says Violet Beatie, research and technical manager, Devenish Nutrition. “They should be employed alongside improvements in management, nutrition and hygiene.”

With a potential EU ban on zinc oxide, products that could help prevent post-weaning diarrhea are particularly interesting.

American scientists decided to compare the performance of nursery pigs fed MCFAs with and without a commercial antibiotic program. The recently published data showed that MCFAs improved the performance of pigs fed a diet containing antibiotics. Similar weight gains and a numerical trend for improved feed efficiency were seen when compared with an antibiotic-free diet — with savings of $0.45 per pig. 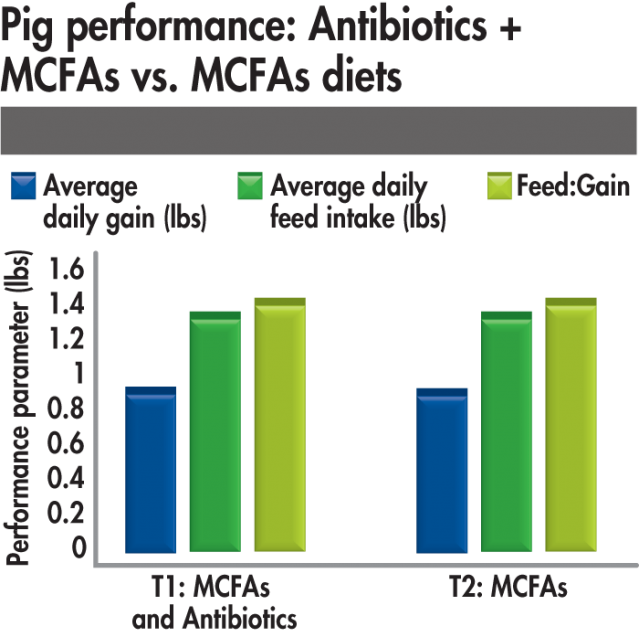 Equivalent performance was observed between those pigs fed MCFAs alone or in combination with antibiotics. | McManus, D., et al.

MCFAs have been shown to have a beneficial effect at the microflora and host animal level. Therefore, their use to support pigs in times of stress is worth further investigation.

As already discussed, their inclusion in antibiotic-free diets has potential. However, not all products are the same. Nutritionists should ensure that the MCFAs are pure, stable and well defined.

There is some concern about potential negative effects of MCFAs on feed intake in certain circumstances. This is one of the reasons the product specification and level of inclusion should be carefully considered for each life stage. In the case of combination products, the level and ratio of short-, medium- and long-chain fatty acids will have a significant effect on efficacy.

As with all feed additives, they need to pay for themselves – so potential performance improvements must be calculated. However, the benefits of MCFAs are becoming more widely accepted and will probably appear in pig diets more frequently. 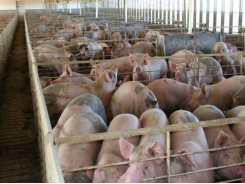 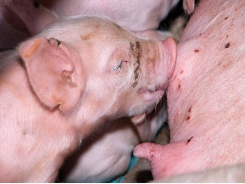 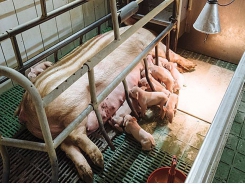 3 contaminants to watch for in sow milk