Denmark to explore local anesthesia use in piglet castration 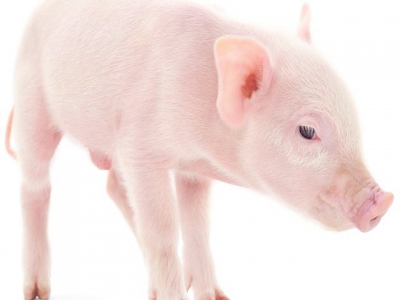 Using local anesthesia prior to castration of piglets may lead to other concerns being examined by researchers from Aarhus University.

In Denmark, almost all male piglets are currently castrated between two and seven days of age in order to avoid boar taint in their meat, according to an announcement from Aarhus University in Denmark.

Before 2018, castration was performed without the use of anesthesia, the university said, noting that, starting Jan. 1, 2018, after completing a training course, farmers in Denmark "were given the opportunity" to anaesthetize their piglets prior to castration, and as of January 2019, a general industry agreement requires that piglets be anesthetized prior to the procedure.

As a part of Aarhus University’s agreement with the Denmark Ministry of Environment & Food on science-based policy support, The Danish Veterinary & Food Administration has requested that researchers from the university examine if the method recommended today will provide the best possible pain relief or whether it may be adjusted to improve pain relief and welfare, the announcement said.

Working with local anesthetics is new to farmers in Denmark. They are familiar with vaccinations and injections in case of disease, but those are simpler procedures compared to administering local anesthetics to specific parts of the body, Aarhus said.

In order for famers to administer local anesthesia, The Danish Veterinary & Food Administration requires that they complete a training course on a method already used in Sweden and now recommended in Denmark in which the anesthetic is administered in the skin, the testicle and at the spermatic cord.

"We apply a holistic approach. We know that it hurts, when you castrate a pig without anesthesia. However, applying anesthesia introduces other painful and stressful events to the pigs. Nobody wants to introduce a method that implies the same or potentially even more severe pain and adverse effects on the welfare, than castration without anesthetics. Overall, we aim to describe the least painful and stressful method in order to improve the welfare of the pigs," Kongsted said.

Based on interviews with farmers, veterinarians and representatives from the pharmaceutical companies producing the drugs licensed for this purpose in Denmark, the researchers have so far identified three different methods to be examined:

1. "The Swedish method" (described above), which is officially recommended;

2. A simpler procedure in which the anesthetic is injected only into the testicle, and

3. A method in which the anesthetic is injected into the testicle and the skin.

Another aspect of the study is the interval between administration of the anesthetic and until the castration procedure begins. Today, the recommended interval is five minutes, but there is no documentation regarding this interval — how many minutes are sufficient and how long one can wait before beginning, Aarhus said. This knowledge is important in practice, because the farmer often has many piglets to castrate on a given day.

Interviews with farmers and veterinarians experienced with applying anesthesia prior to castration suggest that anesthesia has a positive effect for the pig when castrated, the university said.

However, a number of unresolved questions remain. For instance, Danish farmers are required to use anesthetics based on the active drug procaine, while most studies in the literature were carried out using lidocaine.

"The professionals we have interviewed and who have practical experiences with local anesthesia and castration unequivocally state that anesthesia does make a positive difference. The piglets seem calmer, and they do not scream or move quite as much. We hope to identify a method that is more simple than the current practice and with a reduced risk of mistakes. Farmers are busy, and if it would be possible to apply only one injection and know that the piglet does not feel pain, this would be a great relief in the herds," Kongsted explained.

In Denmark, two different types of anesthetics have been approved for local anesthesia in piglets, Aarhus said, but the existing guideline for anesthesia does not consider the difference. The study will establish whether there is any reason to make separate recommendations, for example, on the timing of incision and the volume of drug used.

The recommended "Swedish method" is performed in Sweden using lidocaine, which is not approved for use in Denmark, Aarhus said. According to the researchers’ interviews with professionals who have experiences with both procaine and lidocaine, the effect of lidocaine is better.

In order to gain knowledge about the applicability of the different methods, experimental studies will be carried out during the next three years, Aarhus said. 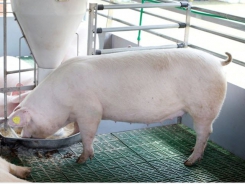 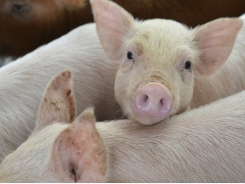 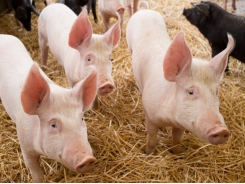