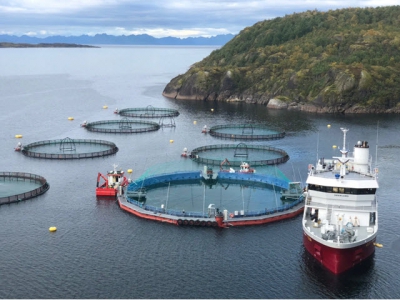 Plans to install a novel semi-closed salmon farm in Canada, which would prevent interactions between wild and farm raised salmon, have been unveiled by Cermaq this week.

The semi-closed containment system has was originally trialled with post-smolts in Norway. Photo: Cermaq

“This first of its kind system outside of Norway uses a patented material to form a fully enclosed lining, or bag, to encompass the SCCS [semi-closed containment system] structure. Water is pumped into the system through four screened sea water intakes, and exits the bag through 12 deep level screened ports. The bag remains pressurized through continuous and positive water flow. This will essentially eliminate lateral contact between wild and farmed salmon, which has benefits to both populations,” says David Kiemele, managing director of Cermaq Canada.

“The system also allows for greater precision in farming by providing increased oversight of the environment inside the system by controlling water temperature, dissolved oxygen and preventing sea lice and algae from entering the system,” he adds.

The SCCS has been trialled on smolt up to one kilogram in Norway with promising results. The system components arrived in Canada earlier this month, and assembly is now underway in Port Alberni. Once the SCCS structure is complete, it will be taken by barge to Cermaq’s Millar Channel farm site in Clayoquot Sound. 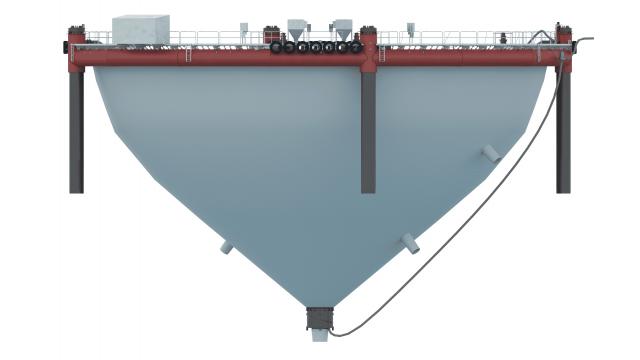 The system involves a fully enclosed lining. Water is pumped into this through four screened sea water intakes, and exits the bag through 12 deep level screened ports. Photo: Cermaq

“After years of planning and coordination, and in cooperation with the Ahousaht Nation leadership and Cermaq Global, we are excited to have commenced assembly. This is the first step leading up to the planned stocking of the SCCS at our Millar Channel farm site, off the west coast of Vancouver Island in Clayoquot Sound, in the traditional territory of the Ahousaht First Nation, later this fall,”

Naturally occurring algae, some species of which can be harmful to fish, and sea lice are usually found in the top layers of the water column. The new system will allow Cermaq Canada to set the sea water intakes below this depth, which will intentionally limit the introduction of these two organisms into the farm system.

“These sea water intakes are able to be set at site specific depths which provides many benefits. We will investigate setting the intakes at deeper depths, to limit introducing sea lice and algae and to stabilize the environment in the system. This evaluation is a key component as we assess the technology for future use in British Columbia,” says Linda Sams, Sustainable Development Director for Cermaq Canada.”

The SCCS may be a companion to existing systems and farming techniques. It will be Cermaq Canada’s first step towards an “on-farm application” of this exciting and innovative technology.

“We are just finishing our second trial producing one kilogram salmon, in a semi-closed cage in Norway, similar to the one being deployed in Canada, and we are very excited by the results. During both trials, a control system was anchored adjacent to the new SCCS. The fish within the SCCS showed consistently better growth, overall improved performance and almost no occurrence of sea lice within the SCCS. We are looking forward to testing this technology under Canadian conditions, which we know are quite different than those seen in Norway,” added Kiemele.

The system was designed and built by FiiZK in Norway and shipped in components to Canada. After reviewing several proposals, Cermaq Canada selected Canadian Maritime Engineering (CME) to oversee and manage the assembly.

“We will be using local labour, including pipe fitters, safety and security for the duration of the assembly which is expected to take approximately eight to 10 weeks,” says Jim Drummond, lead project manager for CME. “All assembly will be located within the CME Canal Beach location in downtown Port Alberni and we look forward to working with representatives from FiiZK and Cermaq on this new system.”

Upon completion of the project, Cermaq will develop a roadmap for potential SCCS implementation in parts of its operations, including the description of required technology improvements and potential of suitable sites for this type of system.

The system is scheduled to be stocked in November 2020, with harvest expected in the late spring or summer of 2022. 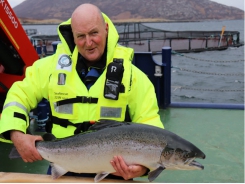 How to improve broodstock selection 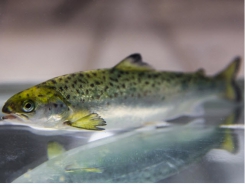 How saline conditioning in post-smolts can help prevent winter ulcers 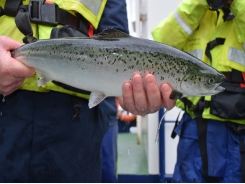