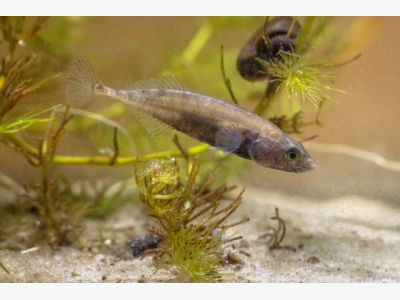 There is increasing evidence that farmers can augment brain growth in their fish by mimicking aspects of their natural habitat in farm sites. But, from a welfare point of view, are bigger brains a blessing or a curse?

Stickleback are often seen approaching predators such as pike, in order to assess if they pose a threat.

Anglers have long begged to differ, but the intelligence of fish has never been held in high esteem by the general public – the goldfish, for example, has long been ridiculed for its supposed 3-second memory.

Yet, although a growing body of research suggests that the cognitive skills of many species are actually fairly sophisticated, it is also clear that under intensive culture conditions brain development in fish isn’t fully realised – a seminal study on this revealed that the brains of cultured salmon are barely 60% the size of their wild-reared cousins.

This raises a number of issues, one of which relates to the welfare of cultured species: should farmed fish be given the opportunity to increase their cognitive capabilities or are they better off being less aware of their surroundings and blissfully ignorant of all but the most important of the comparatively limited stimuli they’re exposed to? It’s a question that puzzles one of Scotland’s most eminent fish behavioural biologists.

Felicity Huntingford, Emeritus Professor of Functional Ecology at the University of Glasgow, has been involved in fish-related research projects since 1970. While she started off studying the behaviour of sticklebacks she has become increasingly focused on salmon in recent years.

“Given that most scientists are unlikely to win a Nobel Prize, I think they should do something that is practically applicable, which is why I switched from sticklebacks to salmon and other commercially cultured species,” she reflects.

Salmon and sticklebacks have very different habits, but her observations of the behaviour of both species has left its mark on the Professor, not least for giving her a unique insight into the intelligence that many fish species can display. One such activity is predator inspection, during which sticklebacks, often in pairs, can be seen to venture towards potentially threatening species such as pike, in order to assess the risk they might pose.

“Watching this remarkable behaviour makes it clear that, in potentially dangerous circumstances, reducing any uncertainty about just how risky the environment is acts as a strong motivating force, which is why stickleback can be seen approaching pike even though such behaviour often puts them in danger. Once they know the actual level of risk, they can take appropriate action, escaping if the danger is real, but getting on with their lives if it is not,” she explains.

Although intensively cultured fish are well protected from predators, Professor Huntingford speculates that they may yet experience stimuli that in nature are signs of danger (the sight or scent of a nearby predator, for example), without the possibility of reducing uncertainty about actual risk.

Another, less speculative, behavioural consequence of intensive fish culture stems from the fact that, for very good reasons, their surroundings are relatively lacking in stimuli – especially in state-of-the-art hatcheries where the temperatures are maintained at a constant level, the water currents travel in a predictable spiral, and the tanks are smooth, cylindrical and largely devoid of features.

In addition to well-known effects of domestication on brains and behaviour, Professor Huntingford points out that striking effects can also be seen within a single generation. These include the development of smaller brains in fish reared in culture compared to those from the wild. Yet she also notes that the introduction of relatively modest stimuli can go a surprisingly long way to reversing this effect, even before the fish have hatched. Indeed, she highlights a study undertaken in 2012 which showed that placing a few pebbles in an egg tray led to salmon fry emerging with brains more than 5% larger than those that had been incubated in standard, largely featureless, trays. Another trial showed neurogenesis was more than 150% higher in salmon parr from a wild strain that had been reared with simple stimuli (stones and artificial plants) in their tanks.

“It’s hard to know how much the limited neurogenesis of farmed salmon is related to the domestication process and how much is down to rearing conditions, but farmed salmon – which are still in the relatively early stages of domestication – do have the capacity to grown their brains in response to enriched rearing systems,” she reflects.

The study showed that it might be possible to improve the survival of salmon that were being used for restocking purposes.

This belief is supported by a study that investigated the effects of quite simple environmental enrichment on the behaviour of cultured salmon parr, offspring of either wild or hatchery-bred fish from the same river. The parr were raised at production densities either in standard tanks or in tanks enriched by having variable water currents. All fish were fed standard pellets from an automatic feeder, but in the enriched tanks the variable flows produced unpredictable feed distribution patterns similar to an extent to those seen in the natural habitat of the fish. When transferred to an experimental stream, parr from the enriched tanks ate more natural prey (larval and adult insects) than those reared in standard tanks.  Interestingly, the effect was stronger for the offspring of wild compared to hatchery-reared fish, suggesting that even a very short history of domestication influences the plasticity of fish behaviour. While less relevant for breeding fish for the table, the study showed that it might be possible to improve the survival of salmon that were being used for restocking purposes.

Brains: a blessing or a curse?

Making the reasonable assumption that more complex behaviour reflects more complex brains, such trials suggest that it may be relatively straightforward for farmers to stimulate brain development in fish, but it is less clear whether this process would be an advantage in intensive culture systems. Indeed, while Professor Huntingford may have been surprised to read about the difference in brain size between wild and captive-reared salmon, in her view it would be worth thinking about whether rearing small brained fish would necessary be a bad thing, for fish or for fish farmers.

“Survival of salmon that escape from marine cages is poor, due in part to vulnerability to predators. Though hard on the fish concerned, this could be seen as a good thing from an environmental perspective, as it means they’re less likely to compete or breed with wild salmon,” she says.

Professor Huntingford also points out that other studies suggest that growing and maintaining large brains can come at a price.

“A recent study by scientists working in Sweden highlights the fact that having a large brain has costs as well as benefits. They used lines of guppies selectively bred for either large or small brain size, which produced a difference of almost 10% in relative brain size (with no change in body size) after just two generations,” she explains.

“On the one hand, larger brained fish perform better than small-brained fish at several cognitively demanding tasks – for example females with larger brains are more efficient at inspecting and avoiding predators, while large-brained males learn more quickly to navigate through a maze to gain access to females. On the other hand – probably due to the amount of energy required in brain development and operation – these same larger-brained fish have shorter guts, slower early growth, weaker innate immunity and produce fewer offspring,” she adds.

The relevance of such studies to the welfare of farmed fish is something that greatly interests the Professor.

“How these various effects of brain size might translate into production and welfare in intensive culture systems is not clear. Long guts, good growth rates and an effective immune system might well improve both, while one might expect that farmed fish with small brains would not remember enough to ‘dread and fear’ (the essence of suffering, to quote from Robert Burns’ ‘To a mouse’). By contrast, it has been shown, rather surprisingly, that cichlid fish are less disturbed by net confinement (which is known to cause a stress response) if they are shown a visual signal for 5 minutes before the event. The fish spend time investigating the stimulus and apparently learn to recognise that periods without the cue are safe; fish with larger brains might be better at making such a reassuring link,” she reflects. 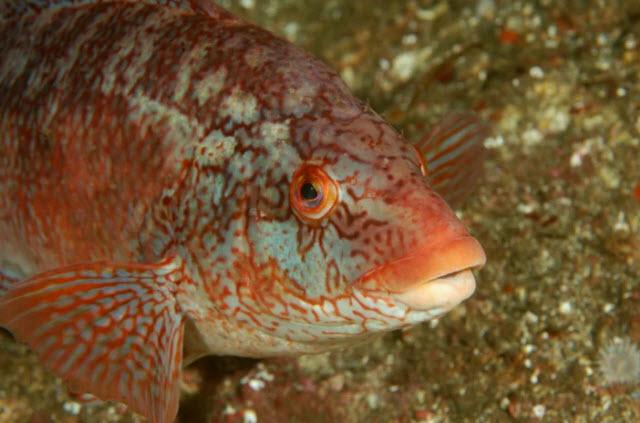 One area in salmonid aquaculture where, the Professor speculates, farming intelligent fish might be beneficial to both fish and farmers is to help enhance the efficacy of using cleanerfish as part of a strategy for control of sea lice, a major challenge for sustainable aquaculture.

“Cleaning symbioses, whereby one animal makes a living from removing and eating ectoparasites from another, have been very well studied in fish. Among the many cognitive demands that this way of life imposes is the ability to form and use mental maps – a skill that is known to be related to brain size. The cleaners need this ability in order to identify and remain close to their personal ‘cleaning stations’ and the so-called clients need it in order to remember the locations of local cleaners when they have lice to be removed,” she explains.

the negative effects of captive rearing on brain development might be one of the reasons why wild caught wrasse are widely believed to be the most effective cleanerfish used in salmon cages.

“Lumpfish and ballan wrasse are now widely deployed to pick off sea lice from salmon and, given the difficulty salmon must face in finding such cleanerfish in large production cages, anything that improves the spatial memory of both parties could make this work better. The study described above suggests that simply placing rocks alongside developing eggs in hatchery trays could promote brain development and spatial ability in the salmon clients,” she adds.

Professor Huntingford also suggests that, as far as the wrasse are concerned, the negative effects of captive rearing on brain development might be one of the reasons why wild caught wrasse are widely believed to be the most effective cleanerfish used in salmon cages.

“Perhaps the wild wrasse come with good, big brains. However, as it’s not sustainable to keep harvesting wild wrasse on a scale required by the salmon sector, it’s important that more cleanerfish are cultured. So far, farmed wrasse seem to be less effective as cleaners, but I think it would be fascinating to look into spatial learning and brain size in cultured wrasse and think that they may benefit from further cultural enrichment in the hatcheries,” she adds.

That is exactly what is currently being trialled at Scotland’s largest wrasse production facility – a joint venture between Scottish Sea Farms and Marine Harvest at Machrihanish – where the wrasse are being moved to tanks with more environmental enrichment and less regular currents in order to prepare them for life in the sea cages. While this was largely adopted in order to make the transfer of the wrasse to sea cages less of a culture shock, it may also aid in neurogenesis.

It will be interesting to see – in the long term – what can be gleaned on a practical level, from the growing wealth of studies in fish behaviour, a field that farmers should clearly be keeping an eye on.

“We are learning more all the time about the complexity of fish cognition and behaviour, and this will surely inform our understanding of the welfare of intensively cultured fish and suggest new ways of protecting it,” Professor Huntingford concludes.

This article was originally published in the June 2017 issue of Sustainable Aquaculture Magazine. 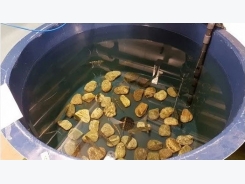 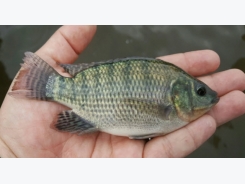 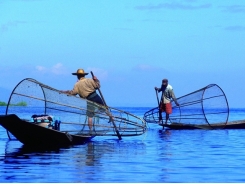 What’s the smartest way to sterilise your stock?