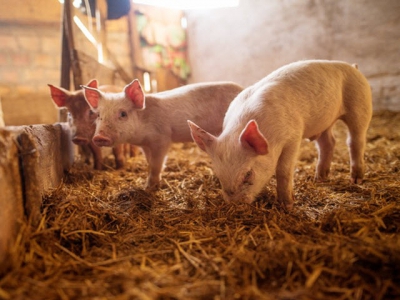 An international team of researchers from Canada and South Korea explored the use of a nucleotide-rich yeast extract (NRYE) in the diets of young pigs facing a disease challenge. The researchers published their work in the journal, Animal Feed Science and Technology​​​.

“The present study was conducted to investigate the ability of [an] NRYE to improve growth performance of weaned piglets and to examine the effects of dietary NRYE supplementation in piglets orally challenged with a virulent strain of ETEC (E. coli K88+),”​ the researchers said.

In a related series of feeding trials with supplemented feeds or supplemented feed and a disease challenge the researchers found that results were fairly consistent among all the diets used.

In the initial feeding trial diets with differing levels of NRYE generated similar average daily gain (ADG), average daily feed intake (ADFI) and feed conversion when compared to a diet that included antibiotics and a non-supplemented diet, they said. Although, piglets on a diet with 1g/kg NRYE tended to out weight pigs on the non-supplemented diet.

Following the disease challenge, piglets on the NRYE diets had better ADG than pigs on the non-supplemented diet that were also challenged, they said.

“Dietary supplementation with nucleotide rich yeast extract enhanced growth performance of newly-weaned pigs and showed positive effect on reduced colibacillosis along with the associated incidence of diarrhea,” ​they added. “This indicates that nucleotide rich yeast extract has the potential to modulate intestinal health and function in post-weanling pigs and may represent a potential alternative to antibiotic growth promotion technology for the swine industry.”

Why yeast extract in diets?

Young pigs face stress at weaning and can be “susceptible to nutritional, psychological and environmental changes,”​ which may spark post-weaning diarrhea (PWD), the researchers said. Enterotoxigenic Escherichia coli (ETEC) infection often leads to diarrhea in young pigs along with reduced growth performance, mortality or morbidity.

Pigs with an ETEC infection may display “reduced integrity of the intestinal epithelium, premature enterocyte apoptosis, fluid exudation into the intestinal lumen and loss of digestive and absorptive capacity,”​ they said.

There has been interest in finding additives able to support healthy gut development and post-weaning growth or to address symptoms of colibacillosis in piglets, they said.

Yeast extracts contain compounds like cell wall polysaccharides and nucleotides that can be alternatives for the use of antibiotics, the researchers said.

“Recently, it has been proposed that yeast products might be beneficial for improving the ability of piglets to resist an ETEC challenge or improving post-challenge recovery, or the combination of both via a number of mechanisms,”​ they said. Yeast additives may be able to prevent pathogen attachment, boost the pig’s immune response or strengthen mucosal integrity in the intestine, they added.

Adding dietary nucleotides also may help meet pigs’ physiological development, the researchers said. However, more information is needed to understand the influence that nucleotide-rich yeast extract (NRYE) has on the health and development of weaned pigs facing an E. coli challenge.

“We hypothesized that nucleotide rich yeast extract supplementation in to diet may enhanced growth performance of newly-weaned pigs and showed positive effect on reducing colibacillosis along with the associated incidence of diarrhea,”​ they said.

In the feeding trial, 168 weaned piglets received one of four diets for a period of 28 days.

In the first feeding trial results were similar for pigs on all diets for average daily gain, average daily feed intake or feed conversion ratio for the first seven days of the trial, the researchers said. At the end of the feeding period, the ADFI remained similar, but pigs on the NYRE1 diet had higher ADG than the negative control.

However, FCR and ADFI tended to be similar for all group by the end of the study, they said.

Following the disease challenge, mortality rates tended to be higher for piglets on the negative control and NRYE2 diets, they said.

“Considering the overall fecal score, higher incidence of diarrhea was observed with challenged pigs fed the NC diets compared to pigs fed the PC, NRYE1 and NRYE2 diets​,” they said. Piglets receiving both supplemented diets had improved fecal scores following the disease challenge when compared to the negative control group.

“Diets supplemented with NRYE enhanced BW, ADG and ADFI of weaned pigs and reduced the incidence of diarrhea in ETEC challenged pigs suggesting that NRYE could be effective in controlling post-weaning diarrhea in piglets, which could represent a major economic advantage to the swine industry,” ​they added. 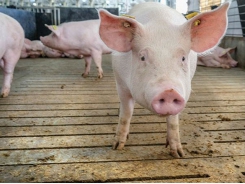 How to train gilts for electronic sow 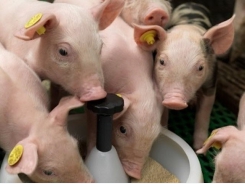 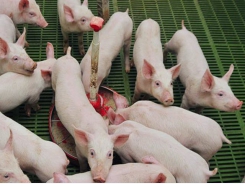