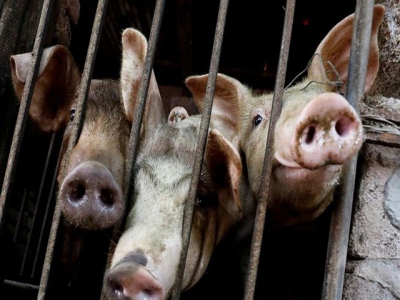 Vietnam will import 100,000 tons of pork from now until Q1 2020 to ensure sufficient supply for the holiday season at stabilized prices.

Pigs are seen at a farm outside Hanoi. Photo by Reuters/Kham.

Do Thang Hai, Deputy Minister of Industry and Trade also said Thursday that authorities are looking for pork sources at reasonable prices to connect them with local importers.

Nguyen Huynh Trang, Deputy Director of Ho Chi Minh City’s Department of Industry and Trade, said that the domestic supply of pork in the southern region has dropped by 50 percent from earlier this year.

The fall came after the African swine fever epidemic broke out in February and spread to all 63 localities in the country, claiming the lives of 5.9 million pigs.

Pork consumption in HCMC fell 30 percent year-on-year due to low supply and prices tripled from March to over VND90,000 ($3.9) per kilogram now, she said.

But imported pork doesn’t guarantee lower prices than domestic pork, due to taxes and preservation costs, Trang said. She proposed a reduction or removal of import taxes in the city.

Prime Minister Nguyen Xuan Phuc said Monday that the rising pork prices were partly due to speculators spreading rumors of shortages, and some producers holding back their stock, waiting for prices to rise even higher.

Government agencies have previously estimated that Vietnam could be 200,000-300,000 tonnes of pork short this year.

Vietnam’s January-November pork imports more than doubled year-on-year to 110,000 tonnes, according to the Ministry of Finance. 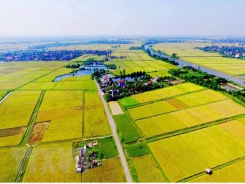 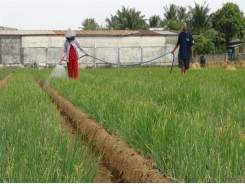 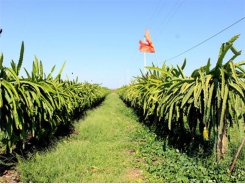