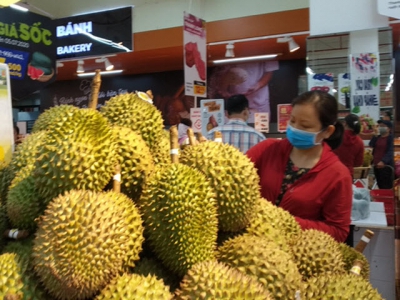 Durian on shelves of a supermarket in HCM City. This type of fruit is gaining increasing interest of consumers in Australia. — Photo nld

The event aimed to promote the consumption of durian - a specialty fruit of Việt Nam’s southern delta region - in Australia.

Customs clearance procedures were completed for seven tonnes of Vietnamese frozen durian imported by ASEAN Company, kick-starting the fruit’s journey to conquer consumers in one of the world’s most fastidious markets.

According to Nguyễn Phú Hòa, Head of the Vietnamese Trade Office in Australia, after the successful durian promotion programme held in Australia last year, the office’s survey found that there was significant potential for sales of durian in the Australian market.

He expected that the fruit would be brought to the shelves of several supermarkets throughout Australia.

Hòa said that durian was permitted to enter Australia without having to wait for market opening negotiations like other fresh fruits.

With gifts and prizes on offer at the durian week, the event also aimed to introduce other high-quality farming products to consumers in Australia.

Durian is also introduced on the office’s Viet-Aus Trade app while the fruit’s information is posted on the social sites in an effort to promote durian to Australian consumers.

Following the Durian Week, the trade office will continue to work with another partner in Perth City, Western Australia to launch a promotion programme for a batch of Vietnamese durian branded AAA, which is expected to arrive in Western Australia early next month.

The Ministry of Agriculture and Rural Development’s statistics showed that Việt Nam’s durian export was estimated at US$18 million in the first five months of this year, a drop of 87.5 per cent against the same period last year due to the impact of the COVID-19 pandemic which caused difficulties in exporting to China. 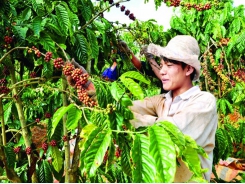 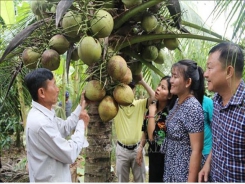 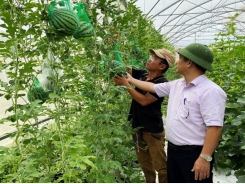