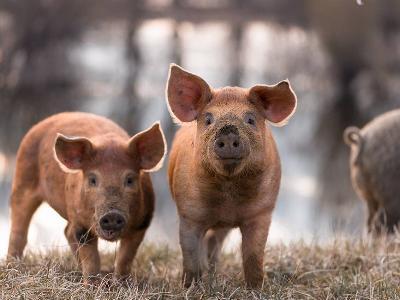 A virus with clinical similarities to foot and mouth disease is recirculating the U.S.

An increase in Senecavirus A (SVA) cases has the U.S. swine industry puzzled. More than 100 positive cases of SVA were reported across nine states in August to November 2015 — for no apparent reason. This is a significant increase to the average number of cases in the past. “There have been sporadic cases of SVA in the U.S. since 1988," says Nathan Winkelman, DVM, Swine Services Unlimited Inc. “These cases averaged around 0 to 5 per year in the past with only 20 cases total up until last year.”

Clinically, SVA is indistinguishable from foot and mouth disease (FMD). It’s these clinical similarities, such as blisters on the nose and hoof, that have put the U.S. swine industry on high alert. Any clinical signs of lesions on the nose, mouth or foot must be reported as a foreign animal disease (FAD); for example, an animal disease that is not currently in the U.S. swine herd such as FMD, swine vesicular disease, swine vesicular exanthema and vesicular stomatitis virus.

“The U.S. swine industry is doing its due diligence to ensure we’re not missing something in the clinical presentations.”

“Pig producers are advised to contact their veterinarian if they see any clinical signs,” says Winkelman. “If the veterinarian suspects that this is a foreign animal disease, then the state veterinarian will be contacted to take samples.” Only two diagnostic labs in the U.S. have the authority to confirm whether or not the sample is SVA: The National Veterinary Services Laboratories (NVSL) in Ames, Iowa, and Orient Point, Plum Island, New York. This process can take up to a week, during which time pigs should not be transported.

It’s important to note that the biggest fear the industry is facing is not SVA itself, but how it is handled. There is a big push not to be complacent or ignorant. The Swine Health Information Center advises that pigs with active lesions should not be sent to market due to the risk of the pig being mistaken as having FMD and the meat plant shutting down. In addition, because the clinical signs are indistinguishable to FMD, all active lesions must be reported to state and federal officials and not assumed to be SVA.

History of Senecavirus A in swine

SVA, also known as Seneca Valley virus (SVV), is not new to the U.S. swine herd. Approximately 20 cases of SVA have been identified during the past 30 years. Traditionally, SVA has been associated with idiopathic swine vesicular disease in the U.S. It has been reported globally in Canada, Australia, Italy, New Zealand and recently in Brazil.

SVA is a non-enveloped single-stranded RNA virus in the family Picronaviradae — the same family as FMD and swine vesicular disease virus. And it may be an etiological agent of idiopathic vesicular disease, however, this has not been confirmed.

Past cases of SVA occurred in finishing pigs that showed symptoms of blisters on the nose, mouth and on the coronary band around the hoof. However, some of the most recent positive cases of SVA were found in neonatal piglets whose symptoms were diarrhea, not lesions. These cases were found via PCR testing of the serum, feces and various tissues.

Clinical presentation includes, but is not limited to lesions

There is a wide range of symptoms with SVA. Only some of the pigs that test positive for SVA have lesions. There have also been cases where only 5 percent of the herd was infected and recovered within 10 days. In other cases, up to 80 percent of a herd has tested positive and took approximately 21 days to recover.

Positive cases of neonatal pigs may result in mortality

Clinical symptoms in neonatal piglets differ from the signs in older pigs. Instead of lesions on the nose or hoof, some piglets have been reported to have diarrhea — a clinical symptom of a variety of viruses. There has also been an acute increase in the number of mortalities in piglets under seven days of age. This rate of mortality is between 30 to 70 percent of the piglets that tested positive. Clinical signs resolve normally between four to seven days.

Lameness is higher in finisher pigs with SVA

Contrary to the symptoms in neonatal piglets, finisher pigs are more likely to show signs of lameness. More than 50 percent of PVA-positive finishers had trouble walking, and 80 to 90 percent of the positive cases had lesions on their hooves. However, the percentage of lesions on their nose and mouth was below 25 percent.

Sows may exhibit signs of lameness with lesions on their hooves, although this has only been found in 10 percent of the cases. They also may go off-feed and be anorexic and lethargic. Some cases have reported a slight fever in the early stages.

Transmission of SVA is unknown

How SVA is transmitted is a mystery, especially since the level of biosecurity on farms, and for trucks, has ramped up significantly since the porcine epidemic diarrhea (PED) virus outbreak in 2013. Winkelman says that there is research from Brazil that suggests SVA may be transmitted from neighboring cattle farms or through bovine and porcine plasma. It has not been confirmed how the 109 cases were transmitted in nine states.

What the industry does know from past experience is that SVA does not do well during the cold winter months. Idiopathic vesicular disease outbreaks in swine tend to be seasonal — occurring during the spring and fall months. Currently SVA is following suit with the last case in November 2015. However, what the virus will do in the upcoming spring months is unknown.

How SVA is impacting the U.S. swine herd

While the number of cases of SVA has jumped from 20 cases over the course of 30 years to 109 cases during 2015, the impact it is having on the U.S. swine herd is minimal.

“In perspective to the more than 100 million pigs that the U.S. exports each year, 109 is not a significant number of cases,” says Swine Health Information Center executive director Paul Sundberg. “Trade is going on as normal, and the majority of the swine industry is operating as normal.”

Sundberg says that what is more important is for the industry to be responsible and to make sure they don’t miss or ignore anything. “It’s important that we distinguish SVA from FMD as quickly as possible,” he says, adding that the industry as a whole is working and cooperating together. “The U.S. swine industry is doing its due diligence to ensure we’re not missing something in the clinical presentations.” 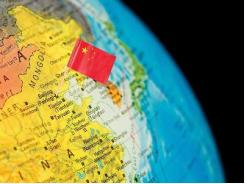 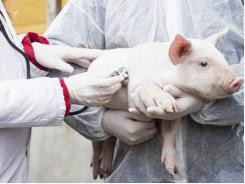 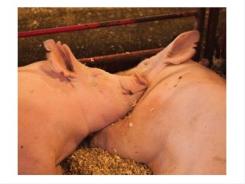 What you need to know about ‘the other…

Health is the biggest barrier for rearing gilts…