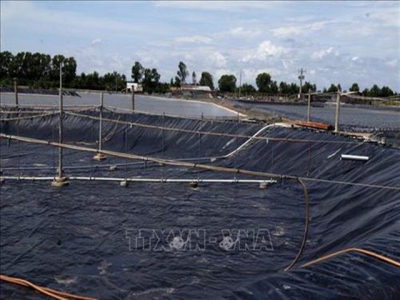 TRÀ VINH – The Cửu Long (Mekong) Delta province of Trà Vinh is promoting the super-intensive shrimp farming model since it is efficient and plays an important role in developing aquaculture into a key economic sector.

The model was first tried in the province in 2017 by nearly 100 shrimp farmers together with C.P. Viet Nam Corporation.

The company instructed the farmers in the entire farming process, from building ponds and installing equipment to oxygenating the ponds, breeding density and feeding method.

The farmers bred white-legged shrimp on a total of 150ha of ponds and had a yield of 50 – 55 tonnes per hectare per crop. The model offered an income of VNĐ2 billion (US$86,200) per hectare per crop, 10 times the income from the industrial farming model.

According to Phan Văn Hận, who now breeds white-legged shrimp on an area of 3,200sq.m under the model in Cầu Ngang District’s Mỹ Long Nam Commune, his farm has a density of 178 shrimp per square metre.

The model requires farmers to have a large breeding area and make a large initial investment in infrastructure of VNĐ3 billion ($130,000) per hectare.

The model requires ponds for breeding shrimp and treating wastewater, anti-sunlight nets to cover the ponds and plastic sheets to cover their beds and equipment for pumping oxygen and feeding the shrimp.

Trịnh Thị Loan, an agricultural expert in Mỹ Long Nam, has bred white-legged shrimp on 1.5ha under the model for two years and earned a large income.

The model is sustainable since the ponds are covered with plastic sheets to prevent the spread of disease pathogens from soil, according to Loan.

The covering also helps farmers proactively control the quality of water used for raising the shrimp.

Phạm Minh Truyền, director of the province Department of Agriculture and Rural Development, said the model had been expanded to nearly 400ha this year.

It would be a basis for the province to develop its shrimp industry and increase exports to high-demand markets like the US and EU, he said.

The province has identified shrimp, rice, vegetables, tra fish, and coconuts as its key agricultural produce.

Being a coastal province, Trà Vinh has large potential for aquaculture with 95,000ha suitable for aquaculture, especially brackish-water and saltwater shrimp farming.

The province has 24,000ha of brackish water and saltwater ponds to farm shrimp, including 7,000ha under intensive and semi-intensive farming, and produces 35,000 tonnes annually.

But the average income from shrimp farming is only VNĐ100 – 150 million ($4,300 – 6,500) per hectare per year since most farms areas are small and do not use advanced techniques, according to the department.

Under a plan to restructure aquaculture in 2017 - 25, the province seeks to expand its shrimp farming area to 27,000ha and annual output to 87,000 tonnes next year.

To meet the targets, the province will expand its shrimp farming area and adopt advanced techniques to produce high-quality shrimp while also safeguarding the environment.

Đồng Văn Lâm, chairman of the province People’s Committee, said both domestic consumption of and export demand for shrimp were high and steady, and so farmers would not need to worry about selling their produce.

The People’s Committee had instructed all relevant agencies to assist shrimp farmers in terms of infrastructure and farming processes, he said.

The Department of Agriculture and Rural Development should zone efficient shrimp farming areas and strictly monitor them to adequately support farmers, he said.

The province will prioritise implementation of 25 projects at a cost of VNĐ3 trillion ($130 million), including in infrastructure like irrigation, power and transport for breeding brackish and saltwater shrimp, according to the People’s Committee.

It will offer incentives to investors to produce and process shrimp. 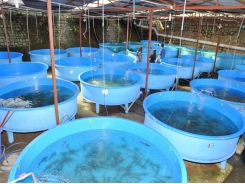 How to tackle mycotoxins in aquafeeds 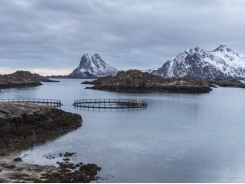 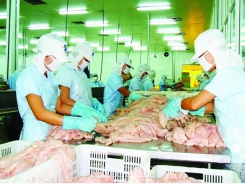 Fluctuations in the market, Pangasius exports struggle to…