Technology will revolutionise welfare and performance 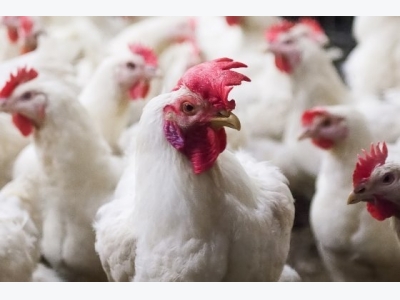 Technology is one way in which welfare goals will be met while the efficiency of poultry is maintained. Poultry World reports from the world’s biggest gathering of poultry vets, the WVPA congress in Edinburgh.

That chicken is an efficient producer of protein is undisputable. But efficiency undoubtedly concerns people who feel there is a negative effect on bird welfare, according to Oxford University’s Marian Dawkins.

Pressure is on the poultry sector

Speaking at the WVPA Congress held last month in Edinburgh, she described the pressure on poultry production as “extraordinary”. “To increase volume of production with more efficiency, to reduce medication, in particular antibiotics, while maintaining bird health; to improve food quality and food safety; to reduce the environmental impact and to improve animal welfare, are all becoming increasingly important to people.

“That does raise questions of whether everything can be achieved at once, and in particular if there is a conflict between welfare and efficiency,” she explained.

Prof Dawkins said 2 things could help with this potential conflict between both elements:

“We’re in the middle of a technological revolution in farming and I think it’s going to have an enormous impact on the industry – both in terms of the technology, and in terms of the data that can be collected and the kind of handle it will give us on a whole range of health factors and disease.”

Despite this the poultry sector is, in some ways, behind other sectors of agriculture. Crop production, with precision applications is fast developing; and in many parts of the livestock industry emerging technology is making a big difference.

But as broilers individually are not valuable animals, there has historically been less focus on developing ways to monitor their behaviour. That’s why Prof Dawkins has developed camera technology that monitors the whole of a flock’s directional flow.

“There’s relatively little welfare monitoring when the birds are alive. Sometimes gait scoring but that only gives you a snapshot. There is a huge period when birds are growing that welfare is not monitored.”

The system she is developing uses inexpensive cameras to continuously monitor flocks and software linked up to the imagery analyses movement in real time.

Egg shell membranes, a waste product, contain a large reservoir of bioactive proteins and peptides, as well as many microbial proteins that can be used to improve the immunity of just-hatched chicks. The work, presented by the USDA’s Narayan Rath explored providing fresh and hatchery egg shell membrane at a 0.5% concentration to broiler chicks for the first 2-weeks of life. The researchers measured the effect on growth, mortality and physiological factors. Birds fed the material displayed improved growth and lower expression of hormones associated with immune response.

Initial work has identified links between particular movement patterns and the prevalence of conditions such as hockburn, footpad dermatitis and even campylobacter.

“The technology should achieve better flock management, not to replace good stockmen but to help stockmen to get even better. We need better flock health, low mortality.

“We want the technology to help us with assessing welfare so we have constant ways of monitoring, and ways to recognise and predict disease before it gets serious. That means we can be more targeted and therefore reduce the use of antibiotics.”

Trials presented by Silke Rautenschlein, of Germany’s University of Veterinary Medicine suggested many welfare measures can be met by using a dual-purpose bird, but consumers may not readily accept the produce.

Prof Rautenschlein said a commercial trial of dual-purpose poultry, bred to produce both an acceptable amount of meat as well as eggs, had found many welfare markers to be improved. “Overall, the dual-purpose chickens of both genders were calmer than the layer-type birds, which was associated with reduced cannibalism and a lower mortality rate.” Some improved immune responses to vaccination were also observed.

But a stumbling block emerged when consumers were offered the birds’ produce. The breed lays smaller eggs and the meat structure is also altered – something not immediately accepted by shoppers, according to Prof Rautenschlein. 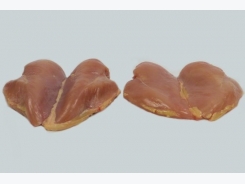 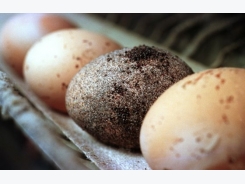 The battle against red mites 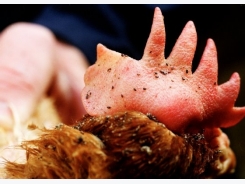