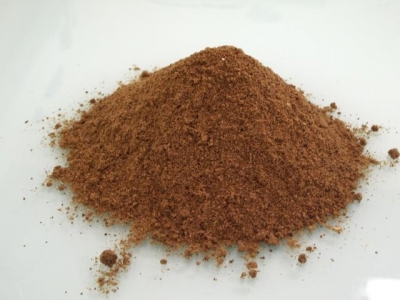 A team of researchers from the University of Sao Paulo in Brazil examined the use of varying amounts of swine liver hydrolysate (SLH) to replace fishmeal in the diets of farm-raised dorado. The group published its work in the journal Aquaculture.​​​

“This study evaluated the effect of graded levels of dietary SLH on the performance and health – hematology and immunology parameters – of dourado juveniles​,” the researchers said.

The researchers found that use of the alternative protein could replace amounts of fishmeal in the diet without undermining growth. More work is needed to examine the use of ultra-filtered swine liver and the cost efficiency of using the ingredient, they said.

“The fishmeal can be replaced by swine liver hydrolysate in dourado diets up to 140 g kg− 1 without harming productive performance,”​ the researchers said. “The inclusion level where the best weight gain occurs was calculated at 111 g kg-1.”​

If you are interested in finding out more about novel proteins in relation to both fish feed and monogastric and dairy production, join us in Amsterdam on 6-7 March 2018 for our inaugural face-to-face event - ​Feed Protein Vision​. It will explore the opportunities of single cell technology, insect meal, or higher amino acid supplementation. Regional protein production is a central theme. You can register for the one and a half day conference here​.  ​​

Dorado or Dourado [Portuguese spelling] is a mid-size to large carnivorous fish that can be raised in an intensive system and which grows quickly, said the researchers. “Some nutritional requirements and dietetics have already been studied for the species, but the use of animal by-product hydrolysates have not yet been evaluated in dourado diets,”​ they added.

Many carnivorous fish feeds rely on fishmeal (FM) to meet dietary requirements for a palatable and nutritious protein. However, there has been a decrease in the availability of FM and market prices have been increasing.

The amount of FM in aquafeeds has been reduced and interest in alternative feed ingredients has been growing, said the researchers. Animal by-product hydrolysates are high-quality feedstuffs and potential surrogates to FM in fish diets, they said.

The hydrolysis progress reduces by-products into peptides and free amino acids, which can alter the taste of the feed and offer distinct nutritional characteristics, they said. However, they cautioned that excess peptides also can change the uptake of amino acids, increase catabolism, reduce the protein synthesis and the growth rate of fish.

The use of swine liver hydrolysate is new; limited research has been carried out with the feed ingredient, they said.

In the feeding trial, fish were offered one of five diets for a period of 61 days, said the researchers. Experimental diets were extruded and pelleted.

Overall, the SLH was able to support fish production in place of fishmeal in the diet, said the researchers. Adding SLH up to 140g kg-1, also appears to act as an attractant when added to dorado feed.

“Excess dietary free amino acids resulting from the inclusion of SLH can reduce the simultaneous absorption of amino acids and protein synthesis, thereby increasing amino acid catalysis and nitrogen excretion by fish,” ​they said. “Lowest values of blood lysozyme were recorded for fish fed diet SLH7, but the oxidative burst was not influenced by the diet. Higher nitrogen excretion was recorded for fish fed diets containing the highest levels of hydrolysate.”​

Increasing the use of hydrolysate in the diet also increased dietary crude lipid content, the researchers said. Energy to protein ratio remained close to recommended level, although dietary arginine levels were elevated.

The pH for the diets also increased as more SLH was added, they said. Feed intake tended to be lowest for the fish getting the fishmeal only diet, but was highest for those getting the SLH14 diet.

Specific growth rate was not altered by use of the SLH, however final weight and weight gain were lower for fish getting the SLH28 diet than those on the SLH14 diet, they said.

“Fish fed diets SLH0, SLH7 and SLH14 had similar weight gain,” ​they said. “The optimal inclusion of swine liver hydrolysate in the diet for best weight gain was estimated at 111.5 g kg.”​

Fish getting the SLH28 diet had the lowest feed efficiency ratio, PER, EER and PRR, said the researchers. However, only the PER was significantly different when compared to SLH0 and the SLH7 diets.

Carcass protein composition was not altered by the diets, they said. The diets also didn’t alter the HSI. 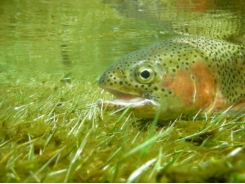 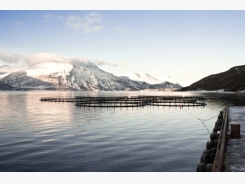 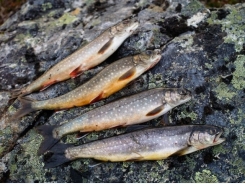