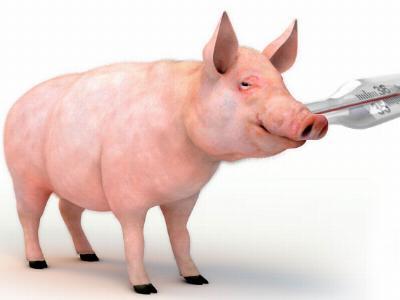 When it comes to heat stress, it is important to consider not only measures regarding adjustments in animal management and facilities, but also adjustments in feed formulation. A properly formulated summer feed can decrease the amount of heat generated during digestions and metabolism, improve animal comfort, health, and well being. In addition, these six additives can be of further help!

1. Sodium bicarbonate added up to 0.1 percent can improve feed intake, especially in older animals. Feeding sodium bicarbonate to young pigs is strongly discouraged as this ingredient tends to buffer stomach pH. It is best to use a lower dosage when possible to avoid unbalancing the optimum dietary electrolyte balance.

2. Potassium chloride (and ammonium chloride) have been shown to improve growth performance, especially in broilers, but only when used within the context of a equilibrating the dietary electrolyte balance of a diet. Adding again too much of these salts should be avoided.

3. Vitamin C, although not required by mammals or birds under normal conditions, has been shown to alleviate the symptoms of heat stress by reducing oxidative stress and improving immunity under stress conditions. Best results are shown when used with optimal levels of vitamin E and perhaps (organic to enhance the amount being absorbed) selenium; again as part of an antioxidant package, especially in diets rich in lipids.

4. Betaine is well known as a methyl donor (spares part of methionine requirement), but is also a potent osmo-regulator that has been shown to be of benefit in animals suffering from water dehydration (such as lactating sows that struggle to drink enough water to meet their large needs from milk production). Betaine acts by balancing water levels inside the cells, and alleviates the negative effects of accumulated inorganic ions that destabilize cellular enzymes and other proteins (as it happens when the salts described above are used at excessive amounts!) Betaine is specifically beneficial in cases where animals have only saline water to drink as is the case in many areas very close to the coastal line.

5. Sodium zeolite is a natural clay (and also a good anti-mycotoxin agent) that has been shown to reduce the effects of heat stress (on laying hens, but it can be safely assumed it will perform similarly in other monogastric animals, but this requires further verification). Although its exact mode of action is unknown, it is speculated that sodium zeolite acts as a buffer in the gastrointestinal system, reducing alkalosis associated with panting.

6. Enzymes (here we consider only carbohydrases) used during heat stress can increase feed energy density to combat the associated reduced feed intake. This practice is along the lines of reducing dietary crude fiber, which generates the most heat from digestion. In-creasing dietary fats and oils generate the least heat.

No single additive or feed formulation adjustment can fully compensate for the negative ef-fects of severe heat stress. But, when part of a comprehensive program, these additives can help recover part of the lost performance potential. 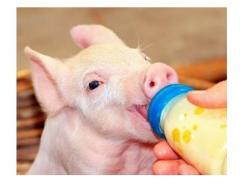 Liquid milk replacers - which one is best? 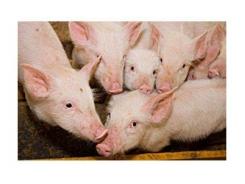 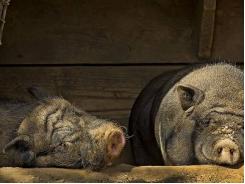 10 tips for feeding sows during summer in…