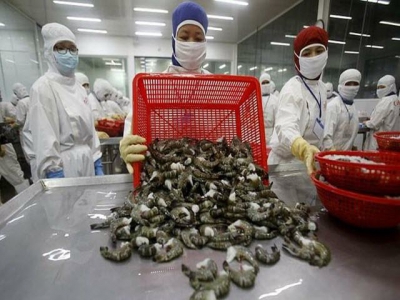 Vietnam’s shrimp exports increased by 5.7 percent year-on-year in H1 to $1.5 billion despite the impacts of the Covid-19 outbreak.

A woman pours black tiger shrimps on the processing table at Cafatex shrimp and pangasius catfish factory in the Mekong delta province of Hau Giang. Photo by Reuters/Kham.

Shipments to the U.S., one of its major markets, grew by 29 percent to $323.3 million in the first six months of the year, or 21.2 percent of Vietnam’s exports, according to the Vietnam Association of Seafood Exporters and Producers (VASEP).

In the U.S., Vietnamese shrimp enjoyed a competitive advantage since India and Ecuador suffered from supply chain disruptions due to lockdown.

Japan, Vietnam’s second largest shrimp market, accounted for 18.3 percent of all shipments with $278.2 million worth of imports, up 1.9 percent from the same period last year.

However, exports to the EU fell 7 percent to $200 million.

VASEP expected shrimp prices to increase, saying inventories in key markets such as Japan, the U.S. and the EU are shrinking. 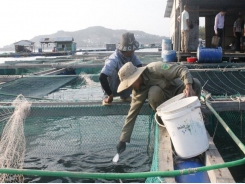 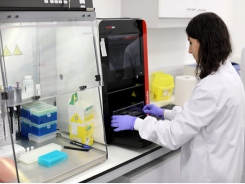 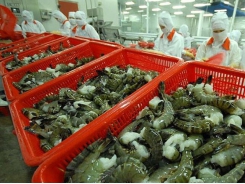 Vietnamese shirmp sells well in US, China despite…