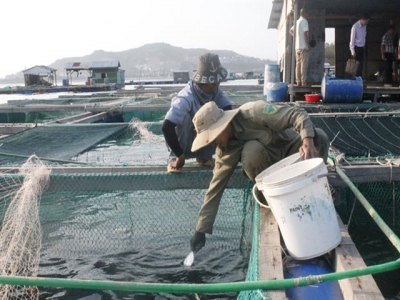 KHÁNH HÒA – The south - central province of Khánh Hòa will increase the use of advanced technologies in marine aquaculture in the next five years, according to its Department of Agriculture and Rural Development.

The department said it would encourage farmers to replace wood with new materials that are more resistant to winds and waves such as high-density polyethylene (HDPE) to make floating cages for breeding.

Farmers would also be encouraged to adopt advanced techniques for farming lobsters, seabass, grouper, cobia, and yellow pomfret, it added.

But considering it has more than 300km of coast and numerous bays and lagoons, it has not fulfilled its potential, he said.

Besides, its use of traditional techniques for marine aquaculture threatens environmental pollution and the safety of workers, he warned.

It should therefore pursue development of smart agriculture which is a suitable solution for the province in the future, he said.

The province has three marine aquaculture models that use advanced techniques and new materials developed by Australis Aquaculture Việt Nam Limited, Research Institute for Aquaculture No 2 and its Agriculture Extension Centre.

The centre is breeding cobia in round-shaped HDPE floating cages based on Norwegian techniques.

The success of the models has helped expand the province’s marine economy and its marine aquaculture to an industrial scale, the department said.

It has also helped restructure fisheries towards increasing value-addition and sustainable development, it said.

Lobster is one of the province’s key products and is bred mostly in Vạn Ninh District, Ninh Hòa Town and Nha Trang and Cam Ranh cities.

Marine fishes are mostly bred in bays and lagoons.

Most farmers breeding them in floating cages not only use traditional methods and technologies but also operate on a small scale, which cause environmental pollution, according to the department. 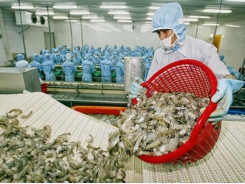 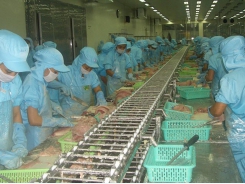 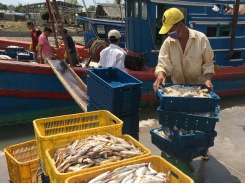