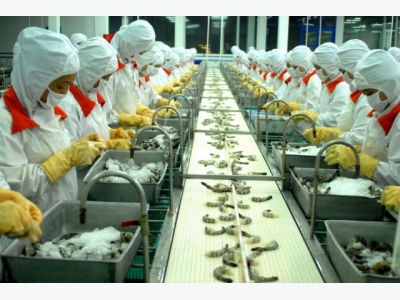 According to the Vietnam Association of Seafood Exporters and Producers (VASEP), Vietnam exported US$1.9 billion worth of shrimp in the first seven months of this year, a rise of 18.5 percent compared with the same period in 2016. Except for the US, exports to other major markets grew in value.

Japan was the largest market for Vietnamese shrimp in the first seven months, with export value reaching US$383.8 million, up 35.2 percent compared with the same period last year. This market’s demand for seafood, including shrimp, has grown continuously since 2016 and Vietnam has been able to meet Japan’s strict requirements in terms of quarantine and food safety due to business investment in processing technology. Successful exports to Japan, one of the world’s most discerning markets, also open the door to other markets for Vietnamese shrimp.

The EU was the second largest export market for Vietnamese shrimp in the first seven months, with US$380.6 million in value, up 20.5 percent compared with the same period last year. China ranked third with US$348.4 million, up 39.8 percent. In July alone, shrimp exports to this market more than doubled (106.3 percent).

Meanwhile, exports to the US were down 5.5 percent in value, reaching US$344.7 million. VASEP attributed this decrease to the fact that the US Department of Commerce raised anti-dumping taxes following the 11th Period of Administrative Review (POR11). The depreciation of the US dollar due to President Donald Trump’s policies to protect domestic production was another reason behind the decline of exports to this market.

The decline in Vietnam’s share of the US market was also due to the recovery of exports by one of its main rivals, India. Indian shrimp exports were interrupted by a disease outbreak. However, the US market’s demand for shrimp is forecast to increase in the second half of this year and boost Vietnamese shrimp exports to this market.

The Ministry of Industry and Trade advised domestic businesses to enhance product competitiveness in terms of quality and food safety in order to increase exports to the US as this remains an export market of great potential.

According to the Ministry of Agriculture and Rural Development, Vietnam exported US$5.3 billion worth of seafood in the first eight months of 2017. Tra fish and shrimp remain key export products in this group. VASEP predicted this year’s seafood exports would possibly reach US$8 billion instead of the earlier forecast of US$7.4 billion. 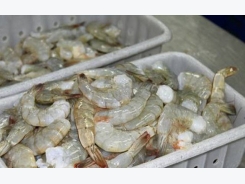 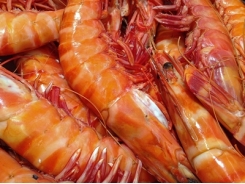 US refuses entry to 17 antibiotic-laced shrimp imports in September 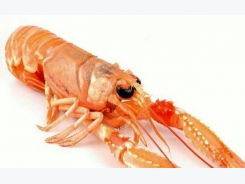