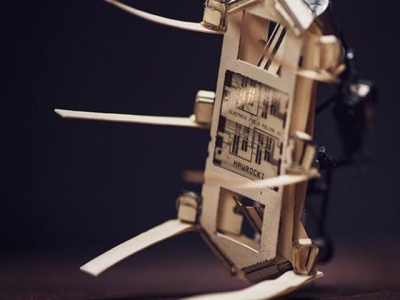 Allowing movement within each of cow's stomach chambers could provide health data.

A prototype demonstrates the circuitry and manufacturing technology being developed for a robotic pill that could give farmers an inside view of the health of each cow by moving among their stomach chambers. Purdue University photo/Rebecca Wilcox

Artificial intelligence (AI) and robotics may hold the key to giving dairy farmers in-depth data on the health status of their herd, including illness or anxiety, according to Richard Voyles, a professor in the Purdue Polytechnic Institute.

Voyles is collaborating with engineering and agriculture colleagues at Purdue University and two other universities on two research projects to supply livestock and dairy farmers with a wealth of new information about their herds, according to an announcement from Purdue. Both projects received funding from the U.S. Department of Agriculture.

Unlike a field of corn, it’s hard to determine the health of a herd of cows just by flying over them with a drone, so Voyles is looking at the problem inside-out by having cows ingest robotic pills. The small robots are mobile, allowing movement within each of the four stomach chambers in a cow, the announcement said.

“This is where AI comes in,” he said. “We need to be able to move those robots around so that we have a sense at all levels of what’s going on in there to really understand things.”

The prototypes are larger and made out of polymers, so at this point, they do not dissolve in the stomach acids

The researchers working with Voyles, including animal scientists, are looking at a new locomotion methodology for the robots, Purdue said, noting that the robots have to use very low power and rely on external sensing as well as powering and recharging.

“Cow stomachs are constantly experiencing contractions and are moving stuff around as they convert indigestible to digestible protein,” Voyles said. “We really need to stay inside the stomach chamber because it’s very complex, very stratified, but what happens is the pill always ends up in the wrong place if they are not robotic.”

Voyles is head of the Collaborative Robotics Lab at Purdue, and his research focuses on novel robotic mechanisms, sensors, self-adaptive software and real-time controls.

Voyles is working with colleagues at Penn State and Virginia Tech to develop a millipede-inspired locomotion system for inside the animals that is inherently safe. He believes the pills, with further development, could eventually have a use in human surgery and well-being, the announcement said.

Combined with the robotic pills is the second phase of the work: developing a body sensor network for entire herds at a time, offering farmers closer monitoring of the health of the cows at any given time, the university said.

The robotic pills could safely connect data to a collar on the cow; the data would then be broadcast to a network via either cell phone or wi-fi signal. Both the robotic pills and the network research are funded through the National Science Foundation and USDA.

“They are moving around in large herds, so we need to know things like who is coughing and where,” Voyles said. “Do we need to isolate them? Is there sickness involved? Do they need medication?”

He said farmers could more specifically pinpoint which cows are sick, thus reducing sweeping applications of antibiotics so only the animals that need medicine receive it.

The use extends beyond medicine to daily upkeep such as feeding. Dairy cows are fed at least two times per day, if not more, so there are many opportunities to tweak their diets with vitamins, minerals and other supplements in a natural way.

“If we use this network to bring the data throughout the farm as a digital fabric back to farmers, they can make decisions and then send that back to things like robotic feeders,” Voyles said.

With this as a foundation, Voyles said he foresees building extensive networks with various levels of analytics using AI and aggregating an animal’s behavior into the herd’s behavior. 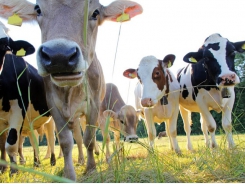 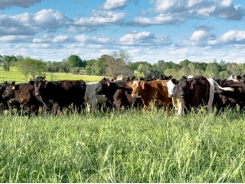 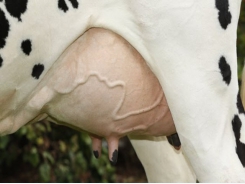 Protein in dairy diets: not as simple as it seems
Sản phẩm khuyên dùng

Protein in dairy diets: not as simple as…