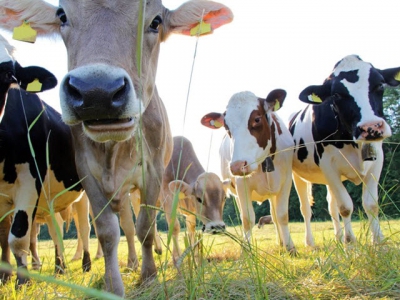 Royal DSM is seeking to reduce the methane generated by dairy cows raised on pasture, following efforts to address production of the gas by animals managed in more intensive systems.

The Netherlands-based feed additive and chemical company announced that it is expanding efforts to develop a feed additive for ruminants that reduces methane production to include animals raised in a pasture-based system. Previously, the company had been working to develop a methane-inhibiting feed additive​ ​focused on more intensive production systems like dairy cows receiving a total mixed ration (TMR), or feedlot cattle.

The development of a slow-release methane inhibitor provides another option for producers working with pasture-based programs, said Mark van Nieuwland, global program head with Royal DSM. “To be able to reach many of those animals and create the fast impact on climate change, we realized that we needed to have tailored forms and applications for different local farming systems,” ​he added.

“Practices are different around the globe and even within countries,” ​van Nieuwland told FeedNavigator. “Therefore, the more forms and applications we have to use the 3NOP [methane inhibiting feed additive] the better.”​

The research was conducted in New Zealand as there is a focuse on climate change concerns​ ​and the country’s agricultural sector is predominately a pasture-based system, he said. “We set ourselves a target to reduce methane emissions by 30%, similar to the forms we used in the TMR setting, which could be fed once or twice a day.”​

Work on the feed additive has been done in New Zealand in collaboration with Argenta, Otago University School of Pharmacy and AgResearch Grasslands Research Centre in Palmerston North, he said. Argenta and university researchers had experience working with delayed-release mechanisms designed for use with both animal nutrition and humans.

“The role of AgResearch was slightly different, AgResearch is, in New Zealand, by far the authority in terms of know how with ruminants, and also greenhouse gases and New Zealand farming systems,”​ he said. “Plus, they have the capability to measure methane emissions on a minute-by-minute basis and a cow-by-cow basis and that’s particularly important when we want to see … the methane curve reduces over time.”​

The product is currently going through a second phase of development, moving toward commercial formulation and work to address the registration process, he said. The anticipation is that it could start the regulatory process in 2020 and may see commercial release later that year.

Initial registration will be focused on the EU, he said.

Work on the methane inhibitor for cows raised on pasture started about two years ago, said van Nieuwland. The intention was to develop a slow-release mechanism, so the feed additive could be provided once or twice a day and continue to be effective over time.

Pasture-raised dairy cows may visit a milking facility once or twice a day and be fed at that time, he said.

The interest in developing an additive to address methane production in cows raised on pasture came from the understanding that cows generate methane and that it is a “potent greenhouse gas,”​ he said. “We believe the urgency to reduce the methane emissions will increase because it has a much quicker effect on ... how do we slow down global warming,”​ he added.

“It’s paramount that we develop forms and applications that will work in a broad range of farming conditions so that we can reach many, many cows and in a way help in turning the tide,” ​van Nieuwland said. “Secondly, in many countries, the cows do spend substantial amounts of time on pasture … you do need to have forms that you could reach those in those situations.”​

The feed additive also could be used with beef cattle raised on pasture or before they reach the feedlot, he said.

Trials with the pasture-focused product have been successful in initial studies and use a dose level similar to the initial version of the additive, he said. Adding, “It’s really about how do you make sure that the dose releases over a longer period during the day – that’s the key trick that we need to solve.”​

Initial work feeding the additive looked at work with pellets and pellet characteristics, he said.

The first round of application trials reportedly found some prototypes that lowered methane production by more than 30% for up to 6 hours following its feeding, according to company information.

Information about the development of the product for pasture-based animals is being released now because DSM is coming closer to the market launch of its initial methane reducing feed additive, said van Nieuwland.

That feed additive was submitted for regulatory review in the EU in July.

The pasture-based additive is expected to see a commercial launch about six months after the release of the initial methane reduction product, said van Nieuwland.

Additionally, research is being done to understand potential positive effects from the product’s use, he said. Previous research​​ with methane inhibitors has shown that when cows do not lose energy to methane they have improved feed efficiency, increased protein levels in milk and improved body weight gain. 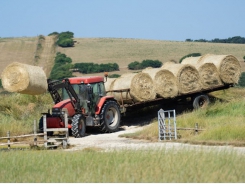 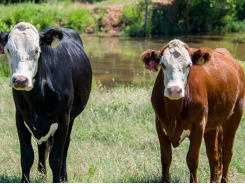 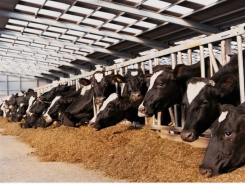