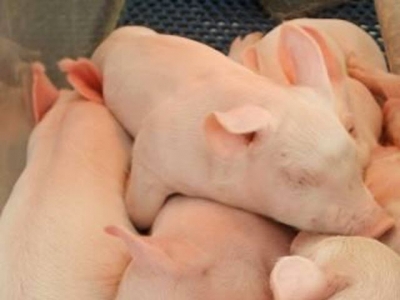 Dietary protein remains a critical factor that affects growth, overall health, and the immune status of piglets during and after the time of weaning.

It is well known that piglets are particularly vulnerable to diseases during the time of weaning. Post-weaning diarrhea is mediated especially by certain strains of enterotoxigenic Escherichia coli that find a favorable opportunity when abrupt changes occur; these include changes in:

1. physical environment (separation from the sow),

2. nutrition (replacement of milk, which gives a strong immune protection, by solid feed), and

3. social environment (mixing with piglets from other litters).

These stress factors with the associated vulnerability to diarrheas, invariably result in poor growth performance, and important economic loss for the pig producer. Aggressive and anorectic behavior is often observed; piglets refuse to eat for one or more days immediately post weaning, rendering them even more vulnerable and susceptible to bacterial infections

After the ban of all in-feed antibiotics in the European Union (2006), the pathogen load problem remains acute and actual. To this end, the nature and quality of the post-weaning feeds is of great importance on the development of the still immature systems of nutrient digestion and immune defense. It should be recalled that protein added to the compound feed for weaned pigs is used not only to meet the requirements for amino acids for muscle protein synthesis, but also to improve the developing immune system.

It is argued that a high dietary protein level may facilitate the shift from liquid feed based on maternal milk, to the starter solid feed based on different sources of protein, fat, and carbohydrates. Among such protein-rich ingredients, spray dried plasma is known as an important source of immunoglobulins that support the innate immune system. Nevertheless, recent research has shown that the post-weaning syndrome may be aggravated by high dietary protein levels in the prestarter diets, which protein without proper antibiotic supplementation leads to the proliferation of pathogenic bacteria in the hindgut.

3. increased lactobacilli to coliform ratio in the proximal colon digesta, and

4. improved overall enteric health due to lower toxic effects of metabolites, such as ammonia.

Research has demonstrated that a 20 percent decrease of amino acids level compared to NRC (2008) recommendations reduced the average daily weight gain by 40-60 g, but the protein was used more efficiently when it returned to normal values. A more recent study conducted in Romania, by INCDBNA Balotesti, on piglets after weaning fed diets with two levels of protein and amino acids has shown that animal performance was not affected by the lower dietary protein level when the amino acids levels were according to established requirements, but it was negatively affected when both dietary total crude protein and amino acids levels were reduced (as in the above study).

In addition, blood samples collected from piglets before and after weaning and at one week after weaning revealed a higher level of cortisol (a stress index), particularly after their separation from the sow. One week after weaning, however, cortisol levels decreased by 5 percent from levels recorded in suckling pigs, but only in the group fed lower dietary protein (amino acid levels were adequate); in this group, the cortisol level was 4.4 times lower compared to control pigs fed high-protein diets.

In conclusion, the decrease of dietary protein levels, while maintaining adequate levels of dietary amino acids level according to established recommendations, is a highly recommended strategy to preserve the health state of piglets fed diets without antibiotics. 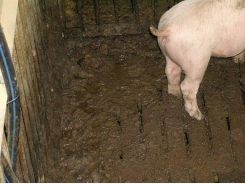 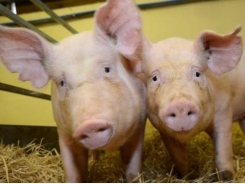 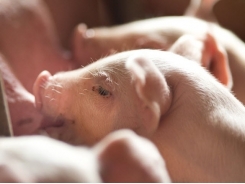 'Bioactive components in cereals should not be overlooked…