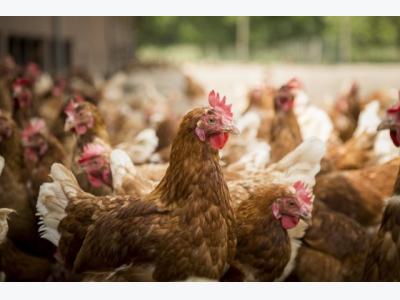 As there is increasing interest from genetics companies and producers in terms of prolonging the laying period (from 72 to 90/100 weeks of age), supporting the pre-peak phase is becoming even more important. Photo: Trouw Nutrition

The pre-peak phase is defined as the period of time between the arrival of the reared hens to the production house, generally between 15-18 weeks of age, and the age that laying hens reach peak egg production, typically between 24-26 weeks of age. The beginning of lay is physically a very challenging time for the young hens. As a result, negative nutrient balances can occur. Potential problems are exacerbated when the objectives of the rearing phase, such as target body weight and high uniformity, are not achieved.

In order to facilitate a good start to the hens’ development or to correct the effects of suboptimal rearing, nutrient intake should be maximised to prevent the mobilisation of body nutrient reserves at the start of the lay period. This can be done by providing a more concentrated feed – assuming that feed intake capacity is the limiting factor. Alternatively, the energy content can be reduced in the pre-peak laying period in order to stimulate feed intake – assuming that feed intake capacity is not a limiting factor. While in practice both strategies are applied, it is not clear which strategy is the most effective.

Besides limiting performance, the negative nutrient balances that occur at the start of the lay period can affect liver and bone metabolism. Liver metabolism can be affected due to the mobilisation of body fat, and bone metabolism can be affected when more calcium has to be metabolised for eggshell formation. In order to alleviate or prevent negative effects, it may be useful to add enriched premixes to enhance liver, calcium and/or bone deposition.

The transition from rearing pullet to production is also a period in which the laying hens undergo many changes. These include having to adapt to; being transported, new equipment, new environments (microbial population), light stimulation, the start of production, and feed composition. Including dietary ingredients that alleviate digestive disorders and improve gut health could therefore help the birds adapt better to their new environments, and could consequently increase hen performance.

As there is increasing interest from genetics companies and producers in terms of prolonging the laying period (from 72 to 90/100 weeks of age), supporting the pre-peak phase is becoming even more important. Trouw Nutrition therefore conducted a series of research to develop a feeding strategy to maximise nutrient intake and to optimise performance in laying hens during the pre-peak period (17-24 weeks).

The study followed a factorial design with 3 diets x 3 premixes during the pre-peak phase (15-24 weeks). The 3 diets consisted of a control diet, an enriched diet with higher levels of nutrients, and the re-named ‘Pre-peak diet’. The 3 premixes consisted of a standard commercial premix, Premix 1 (a premix with higher levels of minerals and vitamins E, B and C) and Premix 2 (the standard premix with Selko Presan – gut health additive). Table 1 summarises the treatments and phases used during the trial.

The 1,408 ISA Brown laying hens in the trial were housed in 2 collective rooms. Each of the 9 treatments included 7 replicates of 22 hens. Layers were selected in the rearing house based on a target bodyweight of 100 grams less than breeding company recommendations (at 15 wks of age). In order to increase the challenge on the flock without affecting performance, light stimulation was provided to the laying hens upon arrival to the PRC (at 15 wks of age), and they were kept at an elevated temperature (26°C at bird level, and 24°C in the room).

According the results obtained in this trial (Table 2), both during and after the pre-peak period (19-24 weeks), increasing diet density, using enriched diet treatments, had no beneficial effect on egg size or production.

When hens were fed with the Pre-peak diet, feed intake increased and, as a result, the intake of crude protein, calcium and phosphorous increased (Table 3). At the onset of production, the hens fed the Pre-peak diet had higher overall egg weight. These same hens also had an overall higher egg production rate and egg mass.

The trial revealed that reducing pre-peak dietary AME could be safely commercialised without causing significant impact on average daily feed intakes, feed conversion, or egg production rates in hens between 18-26 weeks of age. The supplementation of an intestinal health modifier additive (Presan) to a reduced AME Pre-peak diet numerically increased ADFI (+2.6%). Within the trail there were no significant treatment-related effects on the mean egg quality parameters, eggshell thickness or breaking strength, mortality or egg classification. That leads to the conclusion that reducing the Pre-peak diet AME level reduces feed costs without affecting pre-peak performance, and may be recommended for commercial application.

From the period when the laying hens are introduced in the production facilities until peak production (18-24 weeks), according the Trouw Nutrition R&D outcomes it can be concluded that feeding hens the Pre-peak diet during the pre-peak period (18-24 weeks old) will ensure higher nutrient intake and as a consequence, obtaining +2 eggs/hen, in the period from 19-32 weeks old, reduced feed costs, around €5/MT and early onset of lay. The diet stimulates a 2-week early onset of lay. Feeding hens with Pre-peak diets with Presan will provide the optimal performance in this period.

Developed by Trouw Nutrition, the Pre-peak concept can improve the performance of hens and the profitability of your business and is now available in the NutriOpt precision feeding system. The NutriOpt Pre-peak recommendations use an exclusive matrix to customise Pre-peak diets according to the requirements of laying hens during the pre-peak period (18-24 weeks old). This results in a higher supply of nutrients and a better onset of lay, improving the performance of hens, while reducing feed costs. 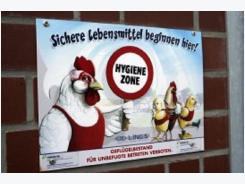 Keeping the Avian Influenza virus out 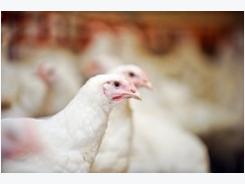 Progress made towards a necrotic enteritis vaccine 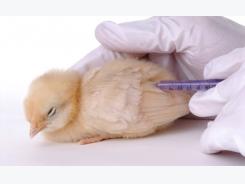