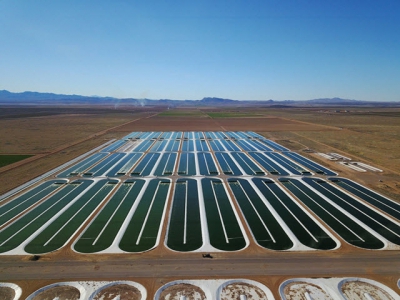 A key to solving the omega-3 bottleneck for aquaculture feeds could lie at the bottom of a pond, in the desert.

In the brushlands of New Mexico and Texas, more than a million liters of Nannochloropsis are growing in mammoth ponds. It is an alga that thrives on salty water and is harvested year-round run by Qualitas Health – a Texas-based nutrition company aiming to revolutionize human dietary supplements by unleashing the power of algae.

But this green goop could also be the slimy superhero the aquaculture industry needs, offering a feasible alternative feed ingredient for fish oil and fishmeal.

“Up until recently, fish oil was our only source of DHA and EPA – two important omega-3 oils,” said Dr. Sunil Kadri, director of Aquaculture Innovation, an international aquaculture consultancy firm that is working to introduce Qualitas and its offering to the aquaculture industry. “Fish need omega-3 for their own health, and omega-3 in their flesh delivers health to us when we eat it too. So, aquaculture needs to grow its supply of omega-3 as the industry grows. Algae omega-3 offers this alternative.”

Fish farms provide about 50 percent of the world’s seafood, and that’s projected to increase in the near future. But aquaculture faces a dilemma: the need to triple production by 2030 to meet the growing global demand for protein. The health and growth of many farmed fish species rely on fishmeal and fish oil – which has cost and sustainability issues that could curb growth.

Fishmeal and fish oil supplies fluctuate, making future market prices for these key feed ingredient difficult to pin down. To ensure continued production and growth, the aquaculture industry has endeavored to find novel and reliable alternative feed ingredients. Insect meal and microbial meals have promise but currently lack scale. Algae is a strong contender, particularly for their EPA and DHA content, which fish need in their diets.

“Algae will allow aquaculture to continue to grow to meet demand and provide healthy omega-3s to a growing population, as well as meet the needs of fish and shrimps’ own health on farms,” said Kadri. “Without an alternative source of these oils, aquaculture cannot achieve this, and algae is the only alternative to fish oil available on the market today.” 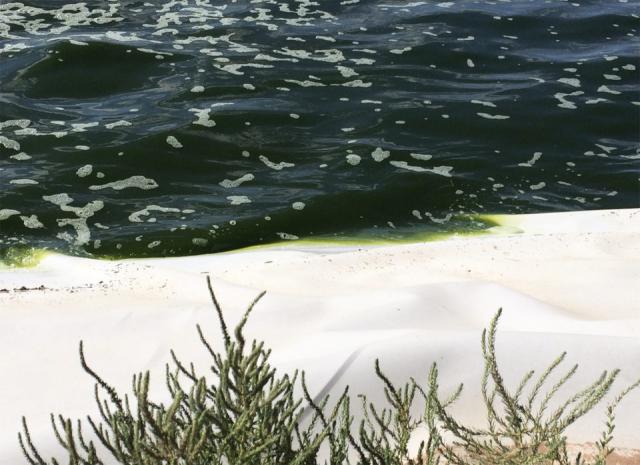 A close look at the algae growing in the pond water on Qualitas Health’s production facility. Courtesy photo.

Grown worldwide, this “green gold” is also packed with protein and has a knack for growing in arid environments, using readily available inputs like salt water and carbon dioxide. Right now, algae production is a relatively niche industry that focuses mostly on nutraceuticals and food dyes. It also has the potential to provide environmentally friendly biofuel to a replacement for fertilizer-intensive crops (like soy and corn) used for animal feeds. However, algae could also be a vegan, sustainable and scalable alternative to fish and krill oil.

“Looking forward to a time in the near future when there is not enough fish oil to go around, Qualitas’ algal oil provides the only GMO-free, extensively grown source of EPA and DHA on the market today,” said Kadri. “Overall, this is likely the most sustainable source of EPA/DHA available today, with a low carbon footprint and putting desert land to good use.”

Qualitas Health and Aquaculture Innovation are one of four participating teams in the F3 Challenge. It’s like “The Amazing Race,” but with just one feat to tackle: to create and sell a fish oil replacement that contains essential fatty acids, such as EPA, DHA and ARA, in an optimal ratio to match the average fatty acid profile found in forage fish. Whoever sells the most “fish-free” fish oil substitute for aquaculture by Aug. 31, 2019, is crowned the champ and collects a whopping $200,000 grand prize.

The whole point of this competition is to reduce dependence on wild-caught stocks and kick start the sale of commercial-scale “fish-free” aquaculture feed ingredients that produce seafood for consumers that are as equally nutritious as wild-caught fish. Qualitas Health and Aquaculture Innovation joined forces to take on the F3 Challenge, and while making headway, they aren’t the frontrunner so far. Veramaris, which aims to have its massive algae production facility operating in Nebraska this summer, is currently in the lead, according to a recent press release from F3. The winner will be announced this fall.

“[With regards to the F3 Challenge], one of the intensive microalgae producers is selling product into the market in the tens of tons and leading the field at present,” said Kadri. “The challenge for Qualitas Health is price, as the human supplement market pays much more and soaks up all of QH’s production today. The small amounts sold by the leader, and lack of sales by QH are not uncharacteristic of the F3 Challenge, which intentionally gets in early and pushes things forward by focusing a number of disparate groups with a common interest.”

How did this dynamic duo first team up? Aquaculture Innovation has a long history of introducing innovative technologies into the aquaculture sector, and over the past few years, has become increasingly interested in feed ingredients, particularly in finding sustainable alternatives for fishmeal and fish oil. The F3 Challenge was an ideal opportunity for the company, but to dive into the competition, Aquaculture Innovation needed to add an algae partner to the team.

“Qualitas does not currently produce the oil as an alternative feed ingredient,” said Dr. Rebecca White, VP of Operations at Qualitas Health. “We are focused on human nutrition. However, because there are no other options for sustainable omega-3 production for aquaculture feed, and the potential future market we are looking to in this area, we partnered with Aquaculture Innovation for the F3 challenge.”

A sustainable source of omega-3s is currently missing in aquaculture feed.

Although the company has been in the algae business since starting commercial production in 2015, this is the first time Qualitas Health has dipped its toe into aquaculture. Headquartered in Houston, Qualitas Health has two algae farms, primarily used to produce algae for human nutrition. The first is the primary biomass production site in Imperial, Texas, that spans 360 acres, 45 of which are ponds used for cultivation. This site is also ground zero for research and development, and the company has grand plans to expand the farm to 150 cultivated acres by 2021.

In 2017, Qualitas Health struck a partnership with Green Stream Farms, a commercial crop producer in Texas, to grow algae for the omega-3 market at the New Mexico site. This was a game-changer that enabled the company to triple its production, as well as gave them the boost needed to become a sustainable omega-3 provider on a commercial scale.The New Mexico site is the largest: Located half a mile north of the Mexican border and nine miles west of Columbus, this 900-acre site currently has 100 acres of ponds in cultivation, with plans to expand to 300 cultivated acres in a few years.

“Our biggest opportunity is expansion to meet consumer demand,” said White. “As we have grown consumer awareness of our product in the last two years, demand has gone way up. We are looking forward to expanding our current farms and adding new ones in the next five years or so.” 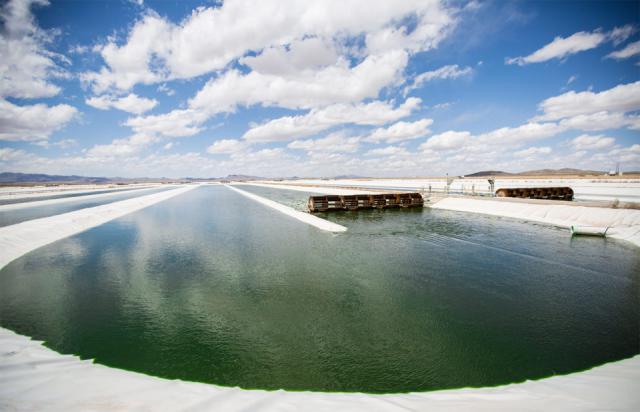 Although the company has been in the algae business since starting commercial production in 2015, only recently has Qualitas Health dipped its toe into aquaculture. Courtesy photo.

It may seem odd to harvest algae in the desert, but there are good reasons behind it: The land is cheap and full of brackish groundwater – the ideal environment for algae to flourish. The production process is more sustainable and cost-effective than traditional aquaculture practices. Growing algae in open ponds rather than fermentation tanks is less complex and has lower input costs, making it easier to produce at a commercial scale.

“These are proteins, for replacing fishmeal, and there are many potential technological approaches to addressing that challenge,” said Kadri. “You need to get the right amino acid profile in a highly digestible form in order to mimic fishmeal. For replacing fish oil though, the DHA and EPA components themselves are uniquely important.”

There are plenty of players in the algae-for-fish feed space, but Qualitas Health is doing something completely different from the others: while most are using industrial fermentation tanks in the presence of sugar, Qualitas Health is growing algae in open ponds photosynthetically. It’s a renegade move that may raise some eyebrows, but White assures that there’s sound science behind it.

“Nannochloropsis, the strain we grow, has not been successfully produced via fermentation, even at lab scale,” said White. “We grow in open ponds because that is the technology that is applicable for our strain, locations, plans for scale, and cost of production.”

Ultimately, algae isn’t a magic fix for the industry and there are hurdles to overcome before unlocking its superpowers. As Kadri points out, there are other contenders to consider. For instance, canola could also be a viable alternative feed ingredient – at a much lower price tag.

“When it comes to price, intensively grown GMO canola, manipulated to produce DHA, are likely to be the cheapest source going forward – if and when this passes through the regulatory barriers which hold it back from the market today,” said Kadri.

Nonetheless, this slimy superhero offers promise for addressing the protein problem. Even if “Team Green” doesn’t take the F3 Challenge crown, Qualitas Health and Aqua Innovation believe in the value of their efforts beyond the competition.

“The human supplement market currently absorbs all the volume of algal omega-3 oil that Qualitas can produce,” said White. “However, as production grows and that demand is met, more and more will become available for aquaculture. This will allow aquaculture to continue supplying healthy and sustainable seafood to the fast-growing population of the 21st century.”

About Author: Lisa Jackson is a writer based in Toronto, Canada, who covers a range of food and environmental issues. Her work has been featured in Al Jazeera News, The Globe & Mail and The Toronto Star. 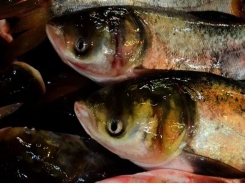 Is the aquaculture of invasive and non-native species worth the risk? 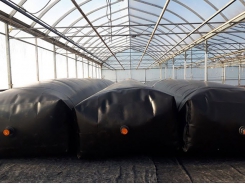 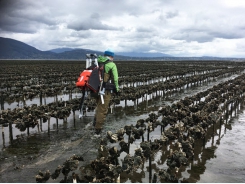