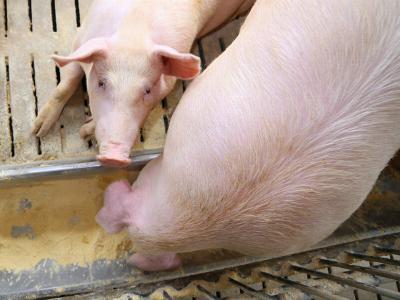 Smithfield purchases 65 percent of its animal feed directly from farmers.

Some US grain handlers dislike Smithfield Foods’ increasing purchase of animal feed grain directly from farmers and storage of that pig feed in company-owned silos, reported Reuters. By avoiding commercial grain handlers for their pig feed purchases, Smithfield removes a significant source of revenue for the middlemen.

The economic effects on distributors resulting from Smithfield's supply chain vertical integration come on top of multiple years of low corn and soybean prices, according to the article. Smithfield Foods, owned by China-based WH Group, now purchases 65 percent of its animal feed directly from farmers, compared to 10 percent in 2010.

Smithfield seems unlikely to reverse that trend in pig feed sourcing. A Smithfield representative told Reuters that buying directly from farmers is a key part of their business strategy.

The relationship between Smithfield and their farmers may result in greater control of pig feed growing conditions by the company, an agricultural consultant told Reuters. Smithfield's supply chain scrutiny falls in line with the farm-to-fork trend in consumer food demand.

One example of how Smithfield is cutting out the pig feed middlemen is the company’s plan to add pig feed facilities in Harpster and Morral, Ohio that will expand the pig producer’s grain purchasing and handling operations, according to a company announcement in late September. Smithfield will use the facilities in Ohio to provide feed for their hogs and for the export market, reported WATT AgNet.

Grain purchased at the Harpster buying station will feed hogs throughout Smithfield's eastern hog production division. From the Morral buying station, soybeans will be loaded on location and transported to customers around the world.

"We're now able to help feed nine million of our hogs in North Carolina with grain we source directly from Ohio farmers," said Robbie Montgomery, grain origination manager for Smithfield Grain, in a press release. "With this purchase, we will have the opportunity to make positive impacts to our product quality as well as our environmental footprint by collaborating directly with more farmers."

Benefits to Smithfield from feed facilities

Smithfield stated that the purchase will connect grain and soybean farmers with previously unavailable global markets. The purchase also advances the pig producer’s commitment to supply chain sustainability, while benefiting from a vertically-integrated logistical structure.

The Harpster and Morral grain buying stations will be part of the company's existing fertilizer optimization program, a collaborative project between Smithfield and the Environmental Defense Fund (EDF). The program, called SmithfieldGro, provides agronomy resources and tools to help farmers optimize their fertilizer application and improve soil health. The program's expansion supports Smithfield in reaching its target of sourcing 75 percent of feed grain from sustainable origins by 2018.

Tim Wall is a staff reporter at WATT Global Media. 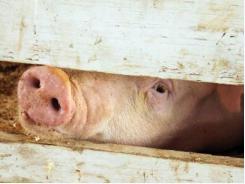 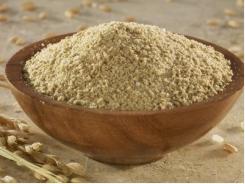