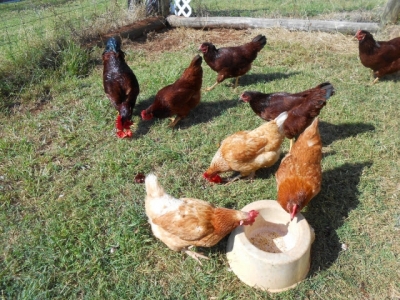 Researchers compared the number of parasites found on commercial chicken flocks with those found on backyard flocks. But which chicken was the itchiest?

Backyard chickens may live a sweeter life than chickens on commercial poultry farms, but roaming green grass and scratching real dirt exposes these birds to a different suite of parasites than those found in most commercial facilities.

Researchers Amy C. Murillo and Bradley A. Mullens from the University of California, Riverside, surveyed 100 adult hens in 20 different backyards in southern California and searched the birds and their coops for ectoparasites. They found a much greater diversity of ectoparasites on the backyard chickens than has been reported in commercial flocks.

Ectoparasites were found on most of the flocks surveyed (80%),and lice were the most common and abundant. Six different species of louse were found on the chickens, and some individual chickens had hundreds of lice. Sticktight fleas were found in only 20% of flocks, but infestations could be quite severe. The northern fowl mite (Ornithonyssus sylviarum) was the most common mite, but the scaly leg mite (Knemidocoptes mutans) and the chicken red mite (Dermanyssus gallinae) were also found.

A recent PhD study has investigated animal welfare in organic egg production and found an association between hen mortality and the level of parasite infection.

Commercial poultry flocks are known to suffer from several of the same ectoparasites, but these birds are generally housed in cage systems that give them little contact with the ground or substrate that immature stages of parasites like fleas and some mites need to develop. In addition, these cages provide fewer crevices that might harbour ticks or bed bugs when they aren't feeding on birds. Finally, birds in commercial flocks are generally all the same age and breed which may affect the suite of parasites that they host.

The results of this study suggest that some of the perks of being a backyard chicken, such as comfortable coops and access to the outdoors, might also increase the birds' availability to ectoparasites. According to Murillo, many of the chicken owners that participated in this study were surprised to learn that their chickens had ectoparasites, and almost none of the owners were practicing parasite prevention.

Over the last two decades old bird  diseases, such as Coryza, Blackhead and Pasteurelle multocida increasingly reared their ugly heads among  free-range hens. These diseases barely occurred when laying hens were kept in cages.

Further study of the ectoparasite community on backyard chickens in the US will be necessary to develop effective prevention and treatment techniques. These birds may be enjoying the good life, but it turns out to be fairly itchy. 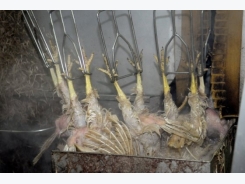 Feather meal and its nutritional impact 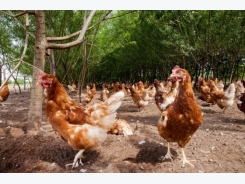 Impact of space on the welfare of free-range layers 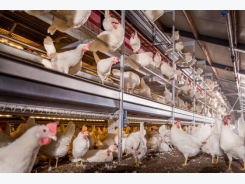