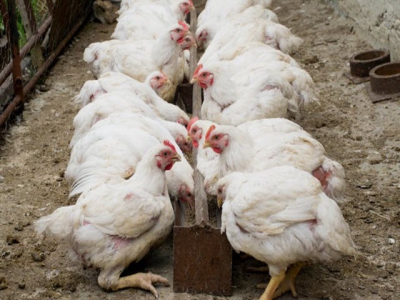 Supplemental inulin can replace antibiotic use for growth promotion in broilers without altering the physiochemical properties of the meat produced, researchers say.

“The objective of this study was to evaluate the effects of inulin on feeding of broilers challenged with Clostridium perfringens and its consequences on the quality of breast meat,” ​the researchers said.

Following the feeding trial, the team found that there were no major differences across the feeds for meat pH, color parameters, water retention capacity or “shear force cooking weight loss.”​

Chickens that faced the disease challenge had reduced lipid peroxidation and an increase in activity from antioxidant enzymes superoxide dismutase (SOD) and catalase (CAT)​, they said. Nitrate and Nitrite levels were reduced for birds facing the disease challenge and receiving either supplemental inulin or lincomycin compared to those on the control diet.

Poultry remains a popular and commonly consumed protein, but the increased demand has pushed for optimized production, the researchers said.

To meet demand, there have been advances in bird genetics and nutrition, they said. However, the change in production practices has also increased stress for chickens and may render them more susceptible to disease.

The disease that leads to necrotic enteritis in birds, clostridium perfringens, has been controlled through the use of antimicrobials in chicken feed, they said. “In recent decades, antibiotics have been widely used to prevent enteric disease in broilers, to maintain health and promote growth,”​ they added.

“The continued indiscriminate use of antibiotics has given rise to antibiotic-resistant microorganisms, with transfer of resistance to humans, whether due to ingestion of resistant microorganisms or their residues,” ​they said. “This led the European Union in 2006, followed by other countries, to ban antibiotics as growth enhancers in animal feed; this move to some extent undermined the efficiency of intensive livestock systems.”​

Why inulin in broiler diets?​

Following the move away from reliance on antibiotic use in broiler feed, there has been increased interest in alternatives including prebiotics, the researchers said.

“In particular, attention has been focused on inulin, a natural component of many plants,” ​they said. “Inulin is a soluble fermentable fiber that is not digested by host digestive enzymes and serves as a substrate for beneficial bacteria in the gut of birds, where it acts selectively on pathogenic bacteria.”​

It has been linked to improved feed conversion and weight gain along with the development of a better skeleton and larger carcass yield, they said. It may help mineral absorption and help with hormonal regulation.

However, little research has been done to examine the influence the feed additive has on the meat from chickens fed inulin – especially following a pathogen challenge, they said.

During the feeding trial, 400 broiler chickens received one of four diets for a period of 42 days, the researchers said.

Birds were weighed on days 1, 35 and 42 to establish average weight gain, average daily bird weight gain and average bird weight per period – from day 1 to 35 or day 1 to 42, they said. Average feed intake per bird was calculated as was feed conversion.

Bird mortality was recorded during the trial, they said.

Overall bird performance was similar for broilers on all four diets, although feed intake for the first 35 days and average weight gain tended to be higher for birds on the inulin-supplemented diet, the researchers said.

Mortality rates for days 1-35 tended to be lowest for birds on the T4 diet but were lowest for birds on the inulin diet for the full 42-day feeding trial, they said. “There were no significant differences among treatments in terms of final pH, luminosity (L*), red intensity (a*), yellow intensity (b*), shear force, water retention capacity or cooking losses,”​ they added.

However, there were differences in the TBARs levels as birds facing the disease challenge had lower amounts, they said. “In our study, we found lower lipid peroxidation in all chickens challenged by bacterial infection; this was an unexpected result, because the literature reports contrary results in cases of infection,”​ they added.

“Levels reactive oxygen species (ROS) in meat were higher when birds were fed with inulin (T3) than in other groups,”​ they said. “Chicken meat showed higher SOD activity in treatments challenged with C. perfringens (T2, T3 and T4) than in T1; similar results were observed for CAT activity in treatments T3 and T4 when compared to that of control.”​ 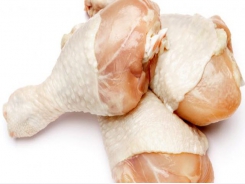 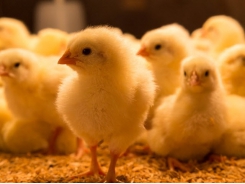 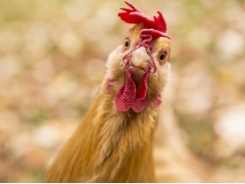