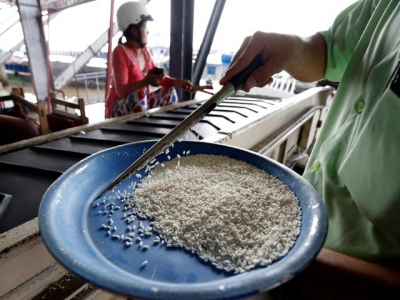 Indian rice export prices rebounded this week from three-year lows as exporters increased rates to compensate for a rising rupee, while low supply and an uptick in demand from Cuba, Iraq and Philippines pushed up Vietnamese rates.

The appreciation in the rupee has been forcing traders to raise prices, but demand is still subdued, said an exporter based at Kakinada in the southern state of Andhra Pradesh.

The Indian rupee on Thursday rose to its highest level in more than a month, trimming exporters’ margin from overseas sales.

In Vietnam, rates for 5% broken rice were quoted at $350 a tonne on Thursday, up slightly from $345 last week.

“Supply has run very low now as the harvest has ended while demand from exporters to fulfil shipments to Cuba and Iraq is still high,” said a trader in Ho Chi Minh City, adding demand from Philippines had also been picking up in the past two weeks.

Another trader said local supplies would increase from late next month when the winter-spring harvest begins.

“We were expecting the price to drop with new supply this month but prices have not changed much,” a Bangkok-based trader said.

Prices for the Thai variety have been high relative to competitors throughout the year, largely due to the strength of the local currency.

“I have not been able to sell any for more than two months now because of the high prices,” another trader in Bangkok said. “My usual customers say they have been buying from Vietnam and Myanmar. Rice from those countries are of similar quality to ours and more importantly, their rice is cheaper.”

Bangladesh, the world’s fourth largest rice producer, could face severe damage to its growth in agricultural output due to climate change and rising sea-levels, the World Bank said in a report this week.

The country produces around 35 million tonnes of rice annually. 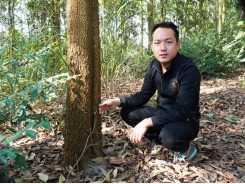 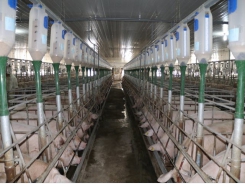 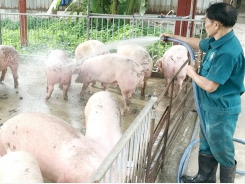