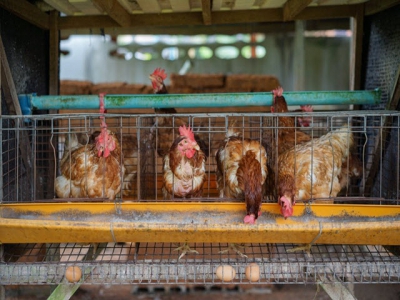 Researchers from the University of Saskatchewan in Canada and Guangdong Ocean University in China explored the use of Chinese herbal medicine (CHM) and ginger in the feed of heat-stressed laying hens.

“The objectives of this study were to investigate the effects of diet supplementation by CHM and ginger powder, singly or in combined forms, on production performance, serum metabolites and antioxidant status of laying hens under heat stress condition,” ​the researchers said.

Birds receiving both CHM and ginger had a higher feed intake and production rate than birds not facing the heat stress challenge, they said. “Findings showed that ginger powder and CHM could be a viable alternative to the synthetic antibiotic in poultry feed."​

Reducing the negative effects of heat stress are of increasing importance to the poultry industry.

“Reactive oxygen species (ROS) are constantly generated and eliminated in the biological system; however, an imbalance between formation and removal of ROS can lead to a pathological condition called as oxidative stress,” ​they said. “Heat stress also induces the oxidative stress, which in turn, causes lipid peroxidation and oxidative damage to cellular membranes.”​

Why ginger and CHM?

In addition to changing management practices, nutritional strategies are being considered to alleviate some of the negative effects of heat stress, the researchers said. This includes adding vitamins, herbs, plant extracts and probiotics to feed.

Ginger, the rhizome of Zingiber officinale​, is a widely known spice that is often used in traditional Chinese herbal medicine, they said. “Ginger has shown various pharmacological effects including anti-apoptotic, immunomodulatory, anti-tumorigenic, anti-inflammatory, anti-hyperglycemic, anti-lipidemic, and antiemetic effects,”​ they added.

The spice also boosts production of gastrointestinal fluid, contains compounds that have antioxidant abilities and can support feed digestion and it has been linked to the ability to bind serotonin receptors, they said. It is considered a potential alternative to a synthetic growth promoter.

“Chinese Herbal Medicines are full of vitamins, lipids, amino acids proteins, trace elements,” ​the researchers said. “Traditional CHM has increasingly attracted the attention of researchers as they have been reported as an immune booster.”​

However, little is known about the use of ginger and CHM as feed additives with layers or in regards to influence on laying performance and bird antioxidant status, they said.

During the feeding trial, 250 layers were divided into five different groups and given four separate diets for nine weeks, the researchers said. Both the ginger and CHM used in the trial were available commercially.

Egg weight and production by replicate was noted daily and abnormal eggs were documented, they said. The total number of eggs per bird, average egg mass per bird and feed conversion ratio were calculated every three weeks.

Feed intake was measured weekly, they added. Birds were weighed at the start and end of the feeding trial.

Blood samples were collected from a selection of hens in the third, sixth and ninth weeks and checked for antioxidant enzyme activity, the researchers said. A sampling of birds receiving each diet were harvested at the end of the trial to collect heart, liver and kidney tissues and measure antioxidant parameters.

Birds facing the heat stress challenge displayed a drop in feed intake and egg production along with a higher egg-culling rate, the researchers said. However, birds receiving the supplemented diets all outperformed the stressed, control group birds and birds on the H3 diet had a lower egg-culling rate.

Birds receiving the combined supplements diet had a higher feed intake and production rate than birds that did not face the heat-stress challenge, they added.

“Supplementation of ginger powder and CHM to diet increased the egg production, feed consumptions, serum glucose and total protein level of layers,”​ they said. “The mixtures of CHM and ginger had much better results on production performance and antioxidant status, compared to using them as a sole agent in layers diet.”​

“Under high temperature, supplemented feed also improved the chicken antioxidant status by increasing their antioxidant enzymatic activities but the reduced concentration of MDA,”​ they added.

At the tissue level, heat stress lowered hepatic T-AOC, they said. However, birds on the H3 feed had increased T-AOC levels. 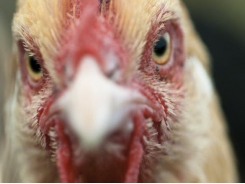 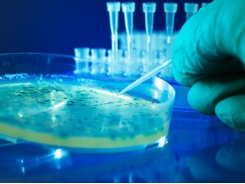 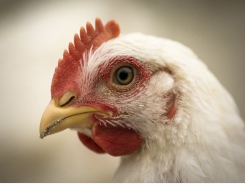 Lauric acid has potential to be used as…